Abstracted reality and the hidden world. A fragmented report from Resonate 2017

Amongst the usual slew of projects that many of the artists, theorists and designers presented at Belgrade’s Resonate festival this year, it was good to see a strand of work revealing ideas addressing cultural engagement and the contemporary political landscape. With Nora O’Murcha at the helm of the arts programme, it was reassuring to see her once again bringing her art and design take to the festival, following her 2015 curating of the “New Black” exhibition .

In a festival that is part introduction to the possibilities of digital work for a broad section of students, emerging practitioners and here and there a healthy layer of academics, Resonate has sometime lacked a core ideological thread through the works chosen for exhibition and panel discussion.

Something that O’Murcha tries to address. Mind you, judging by the flurry of excitement on the festival’s social media channels when announcing music line-ups, compared to the announcement of panels and presentations, a regular visitor has to question how important the arts programming even is to the festival organizers. It is impossible to have a detailed report from such huge festival like Resonate, so I strongly prefer to focus on some key moments that are coherent to my discourse.

Pablo Valbuena seemed to hit the mark nicely during his presentation, when he spoke about the virtual and its relationship to the real. He opened his talk reminding us that quantum physics has shown there is no one state of the physical, knowable world. Existence is a fluctuating field of quanta: so when we begin to talk about virtual reality, this is actually just another fragile veneer we place over it, to allow our senses to understand it. The trouble with our idea of the virtual is that we still frame it and discuss it as something like William Gibson’s “Neuromancer”.  It becomes “The Other” that we enter and escape from this reality into.

This conceptual framework reveals its origins in the psychedelic and space-age dreams of the baby boomers who dreamt of escaping from the material world to another one. The problem with this idea is that virtual reality falls down because of the technology required to engage with that space. Ultimately, however you conceptualise it, virtual reality is just a television strapped to the human body. Those old notions of virtuality merely succeeded in embedding the corporeal form further into the dirt of the planet and embedding technology further on to us.

From here it was a simple step to Pablo Valbuena showing us his work that mapped virtual into real world environments. His Time Tiling and augmented sculptures are beautiful works that, despite their apparent simplicity and striped back form, tell us so much about the way we can approach augmented and virtual reality and how we might find the right framework to use it to bring us back into engaging with our own world. Even if that means stripping back from past frameworks and ideologies. 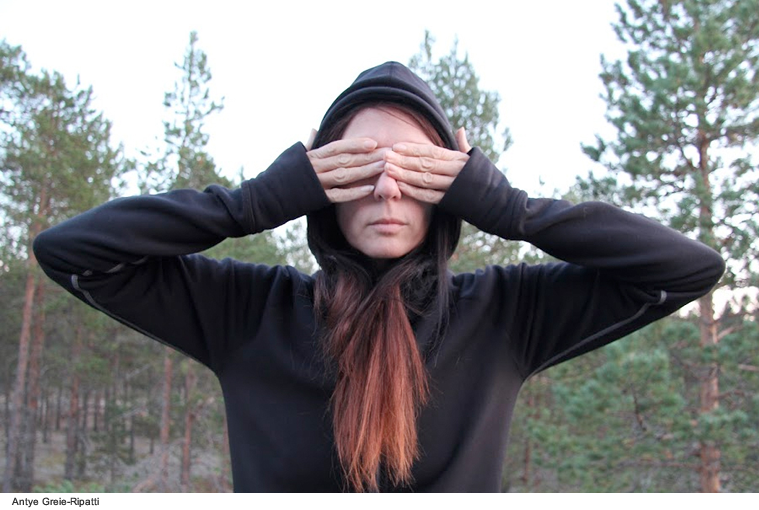 Antye Greie-Ripatti, better know as AGF, or Poemproducer, depending where you encounter her work, was someone I was looking forward to see perform at Resonate this year. AGF’s music is a hypnotic metronome of beats, field recordings and sounds that seem to emerge from some point between her subconscious, her extension research and her software, all layered over with her poetic spoken word/lyrics. Themes include the political and the relationship between humanity and nature.

AGF’s work is both deeply political and entertaining. Which isn’t to suggest that there’s a frivolity to it, it’s just that she manages to break down her deep engagement with contemporary society through her art and to give it space to breath within the music. That ease of movement was exemplified in her presentation where she moved from showing examples of her work to performing tracks, including one where we were all asked to hum and create a louder and louder noise. From her home base in Finland, she has worked on projects like Hai Art, including residencies and working with children on projects like the children’s iPad Orchestra Hailuoto, were she worked with schoolchildren on creating a MediaLAB and sound art camps.

In an interview, post-festival, Greie-Ripatti commented that she feels as though she’s only just starting to get to a place where her work makes sense to her in terms of her politics and she is doing something. It was in response to someone else asking her if she was getting tired of making political art, but for AGF, activism, public performance and projects which explore feminist concerns are a chance to understand her own place in the world as much as a chance to share and energise others. 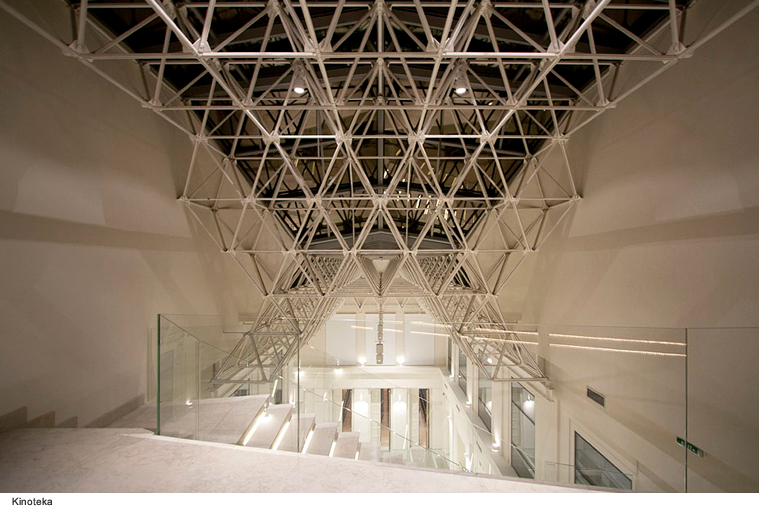 Resonate is definitely a great festival when there are plenty of exhibitions to draw people out of the presentations and workshops, especially this year when pretty much everything was happening in the one building this year, the beautiful Kinoteca. The exhibition, consisting mainly of two sets of work, was held at Pro3or (an independent platform and gallery dedicated to the promotion and development of contemporary art practices, as described in their PR material).

SIGNALS, a collaboration between Nicolas Sassoon and Rick Silva, a hypnotic, screen-based work depicting possible natural landscapes through computer technology, showing us seascapes that appeared to have an oily sheen across them. The work comes out of research into oceanic surveys, virtual reality and natural phenomena, showing a speculative vision of the natural world, much like Pablo Valbuena’s reinterprets the world around us, but Silva and Sassoon’s work leaves the architectural landscape and looks beyond the manmade, while questioning our impact on that landscape.

These simulated realities are made by pairing their work in computer imaging and accompanied by a humming landscape that might suggest the nearby hum of power cables. At once creating a space for quiet contemplation, while allowing the viewer to wonder at our ongoing destruction of those landscapes. 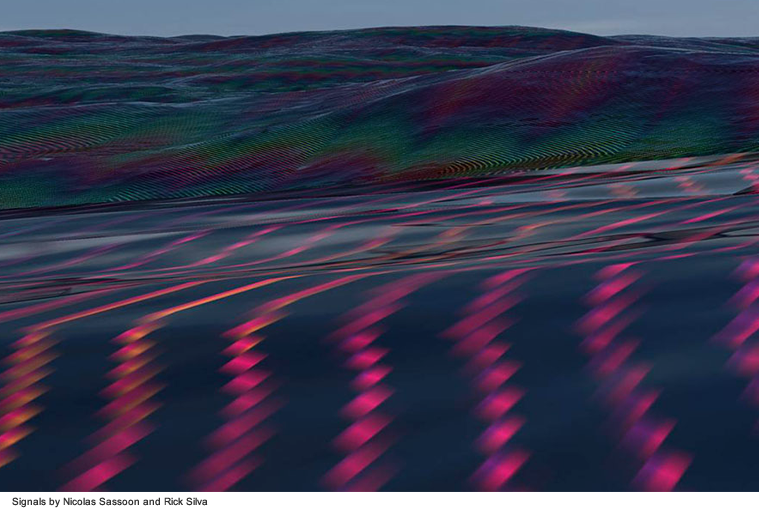 Elsewhere in the same building, Florence To exhibited EOAN, a joyful, engaging installation of optical panels and metal pipes that the audience were invited to bang on, with wooden mallets. During my own visit to the installation, visitors tried to create compositions, and apparently musician Lee Ronaldo (ex-Sonic Youth, who was playing a couple of gigs at the festival) had been in previously and recorded the sounds. Unsurprisingly, really, as the sounds of the pipes, and the basement environment felt like a secret Buddhist temple, hidden under the streets of Belgrade. The meditative nature of the white soundwaves on black panels offered a simple light source allowing the mind to tune into the installation.

That the exhibition felt hidden away was the perfect metaphor for much of the Resonate festival. With shifting timetables and the compression of the talks and panels into the one building, with frequent cross-interference of speakers, it can be hard to find your own focus at times and to pull out what you need from the exhibition. But that’s always been the case for Resonate. Luckily, it continues to have a good rounded programme of speakers who represent a cross-division of artists working with technologies. 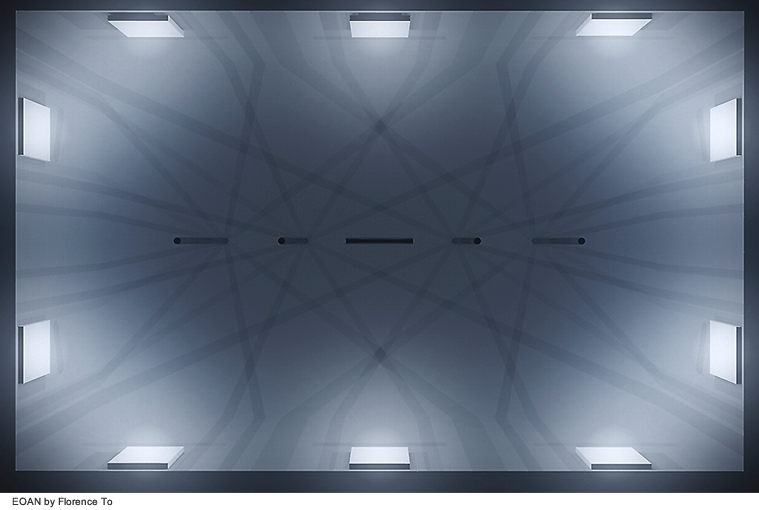 Having said that, I find myself questioning what contemporary artist doesn’t work with technology now, so perhaps there’s scope for evolution in the programming in future festivals? Perhaps this is the point where a theme should emerge for programming speakers? In the meantime, Resonate wins out against several other art and technology festivals, mainly because of its quirky, ramshackle organization and the low-key, relaxed attitude of the organisers.