Reff/rewf. Short Chronicle Of A Contagion 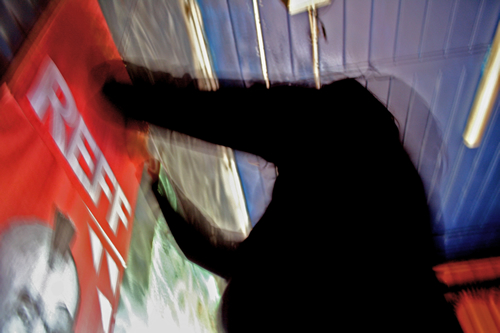 “After two centuries of revolution and quasi-revolution, a historical lesson is clear: you can not destroy the authoritarian structure, it can only resist” – Critical Art Ensemble: Electronic Civil Disobedience (Castelvecchi, 1998)

For loyal readers of this magazine, REFF is not new: this symbol perhaps resonates in their ears like an echo family and it is plausible that they may know some or all the story behind it. Me ripercorriamola together in his milestones (1). REFF going to RomaeuropaFakeFactory. REFF is the fake version of (almost) namesake Romaeuropa Web Factory, a competition launched in January 2009 by Telecom Romaeuropa Foundation to support digital creativity.

Why make it a fake? And why this fake has managed to get cross-party consensus from the world of activism, new media art and even politics? To understand this, we look for in motivation. Initially the Web Factory provided inside clauses bizarre as the prohibition of using techniques such as the remix and the mashup or ask participants the unilateral transfer of rights to works submitted, including for commercial purposes, or to reserve to the promoters of the competition the opportunity to remix the same works as desired.

Acquired the domain www.romaeuropa.org, leaved by the Foundation (www.romaeuropa.net), REFF esists with his fake identity and soul of the very real squatters: in a few days the turned version of the competition (all dedicated to remixes and in Creative Commons) will be online, collecting a record time for the accession of eighty partners from around the world. 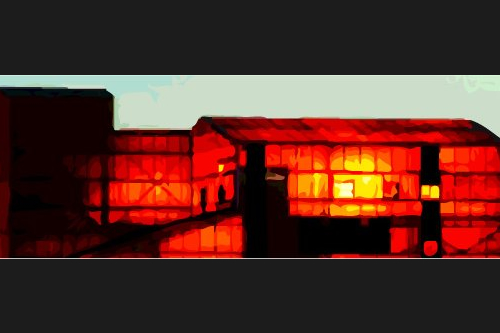 In the realm of media, the reactions were not slow in coming, from the web coma from the national press who were immediately interested in the story. The case is in the news and in March for the first event to present the full REFF – an amazing college performers, lawyers, academics, music critics and curators, contractors, vj, architects, artists, activists and the world of copyright queer – invades Senate organizing the International Conference: Freedom to Remix. Cultural policies and manage intellectual property in the contemporary era. Former hotel room in Bologna, near the Pantheon, crammed with visitors who came from all over Italy and various parts of Europe, there is also the foundation Romaeuropa represented by a large delegation that observed the phenomenon with astonishment and attend a welcome surprise most festive of fake inviting them to attend and take part in the debate. Result. A few days later WebFactory appears on the site of a communication addressed to the participants: the rights to the works will henceforth be limited to only non-commercial use and for initiatives to promote competition. Is only the beginning of a process of contamination surprising, that will bring the original to be almost indistinguishable from its fake.

But we come to the chronicle of recent events. On 16 September 2009 in Rome, at the Opificio Telecom (new home of the Foundation) are launching the new edition of the Romaeuropa Web Factory. Here’s what we find:

– remix: Unlike last year, remixes and mashups are prohibited by regulation even explicitly promoted.

An inner sense of relief and satisfaction, we’ll be taking over the soul of every reader who has been beaten in time for the free dissemination of knowledge, time to shake up the legal quagmire that drowned the copyright (and with it the authors themselves and their works): For once, the battle seems to win on all fronts, while the contamination complete.

But still you are missing two important elements. The first, which seems generated by an ambiguous feeling of fascination / identification of the original to the false (in itself perfectly explicable in terms of psychoanalysis and opportunity) is that Beatpick, promoter of REFF and its main partner for the music section and video art, this year carries the exact same role for the WebFactory: false enters the body through its organic component of the original “live” transactions, in order to remain in the biological metaphor, a real graft. Finally, as Mark says Scialdone – Journal of REFF lawyer and author of the first known work of LawArt, reading the new legal disclaimer: “It is the same as I did.” 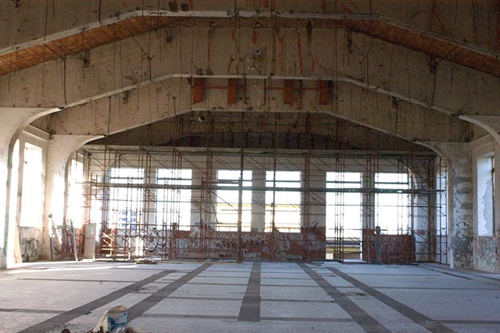 What then happened? Delighting the hearts of all, you can agree that a cultural battle was actually won at least three fronts. On one level, they are recognized the legitimacy and value of forms of free movement of knowledge. On a second level, the discrimination from the competition on forms of art like the remix or mashup, central to the work of many artists from Warhol to Burroughs, a Fluxus (but also dj, vj, and just ordinary people who download, mix dismantle and reassemble each day) is not. Foundation and Telecom Romaeuropa themselves during the press conference on September 16, can not help but remember three times the fundamental contribution that the REFF had second thoughts in the competition. At third level, the Plagaro, pace of fake and original, says joyfully its sovereignty over the kingdoms of truth and verisimilitude.

But there is an element that still has not been taken into account. The dynamic is also briefly described (and especially) the paradigm of the relationship between reality corporate / institutional, cultural production / art from below, artivism, hacking: those contingencies that arise from the “bug” the system (or more crudely by the narrowness and environmental conditions unfavorable) and from there (often against their will) create value. If the creative field – originally more than the original, even when presented as a fake (author) – was born in-it-through those interstitial magmatic zone, it is also true that a virus by its very nature tends to be complemented by ‘body.

After all, REFF also tells the story of a uniquely contemporary conflict. Ambiguous, paradoxical, multi-directional, not solvable in the traditional way in a pattern of dialogic confrontation, played on a territory of codes and languages become increasingly indistinguishable. Like the original from its fake. As a libertarian, the languages and practices (products in and out of network) have long been a thriving area of conquest for the corporate (massive use of SocialNetwork, fake-made, unconventional marketing, adoption of free software licenses on software as the content , sharing, innovation, creativity, participatory models, ideology dell’openess brought to climax).

Meanwhile, if the REFF winks and peculiar mutation being welcoming, we wonder what the next steps and in what way the relationship between this highly successful and his original fake: Foundation and, ahead of all , the giant Telecom Italy. 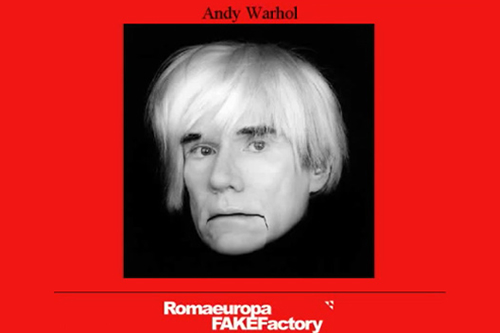 Actually things are moving already. Lot and i totally unexpected directions. While Italy in Wired in October appears an article signed by Francesco Monico demonstrate the success of the project site, which in August suffered a hacker attack (an action a bit ‘out of context given the intent and the promoters of the initiative, but luckily realized with the aim of denouncing the massacres of Gaza), is online again with a new logo and platform.

But the news is not unique to the form. On October 7, the initiative is invited to attend the IGF Italy (2) (preparatory meeting under the UN Internet Governance Forum in Sharm el Sheik at the central axis 18 November (3)), to recount his experiences at the turn of art, innovation and digital rights. That’s the chance it is announced the opening of a new section of the competition in support of the international campaign on net neutrality: Creatives for Net Neutrality (4) (signed C4NN).

The project, created and promoted through collaboration with the Ethical Movement Exchange (5), welcome comic books, video, advertisements, flyers, posters, music that ironically can communicate the paradoxes contained in the famous “Telecoms Package” (6). For those not informed about the legislative upheavals of Brussels, the package, formally presented in 2007, is a reform plan submitted to Parliament for amendment of the 2002 European directive on telecommunications in all 27 EU member states. The introductory text of gannets C4NN sheds light on the motivations of hundreds of associations alert and activists across Europe, “These rules allow you to filter and / or degrade content and applications, to give preferential access to certain features blocking others, and denying ‘ access to certain sites at the sole opinion of Provider. This allows to control the information and lobby the governments to decide how and what should be the network of the future with the risk of turning into a mere means to make money and keep the monopoly on information. ”

Net neutrality is instead the principle, as applied to operators providing broadband, telephone and television broadcasts, and more generally to the internet, that “is considered a neutral network with no restrictions on content, sites and platforms, from discrimination voluntary communication flows antagonists, the devices connected and the manner in which they operate. ” An active little questionable, yet just a few days ago in conciliation, the amendment 138 to the package and only factor in favor of neutrality define access to the Internet as a fundamental right and forbids the limitation or prohibition in the absence the ruling of the ordinary courts, with a coup and unexpectedly erased.

The package will be finally approved in December and there is to say that in this case there is no doubt that a new infection libertarian would have no contraindication even if the organism contaminates this time would have a European dimension. 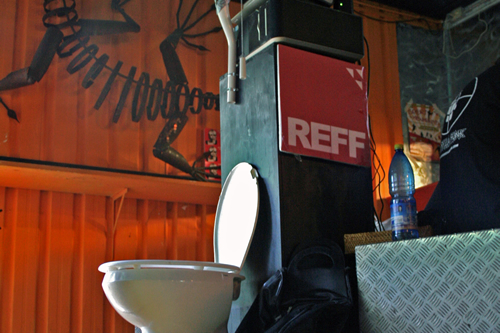 An abridged version first in paper form of this article was published in No. 187 of Hacker Journal (magazine released under CC)

(6) To get full information about the campaign you can follow these stories on the site “La Quadrature du Net”, French non-profit which coordinates the work of many European organizations: http://www.laquadrature.net