Forensic Architecture, a London-based independent and interdisciplinary research agency comprised of, among others, artists, scientists, lawyers, filmmakers, and architects uses novel research and aesthetico-political practice to investigate abuses of human rights and, more broadly, the rights of nature. They provide critical evidence for international courts and work with a wide range of citizen-led activist groups, NGOs, Amnesty International, and the United Nations, as well as with art institutions as significant public forums for distributing the investigations.

The exhibition Forensic Justice features a number of tactical forensic reclamations of social and ecological justice. Articulating evidence-based counter-narratives to dominant interpretations of investigated events, the installations mobilize what Forensic Architecture refers to as “public truth.” These mobilizations, as the exhibition proposes, can be understood as critical instances of “forensic justice.” 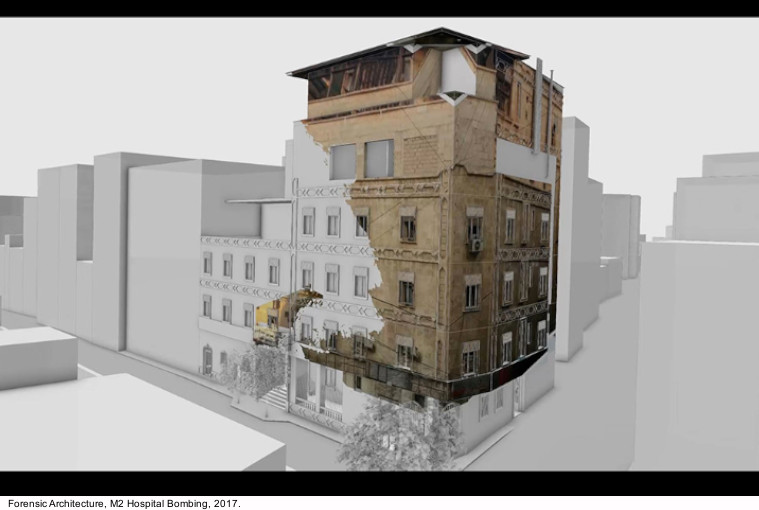 The exhibition involves two main narratives, entwining the 20th century horrors of genocide with its contemporary extension into environmental catastrophes.The former is presented in an archive-like set-up of a number of investigated cases of varying scales: from an individual (The Killing of Nadeem Nawara and Mohammed Abu Daher, 2014), to a building (M2 Hospital Bombing, 2017), a city (The Bombing of Rafah, Gaza, Palestine, 1 August 2014, 2015), and, finally, the vastness of a sea (The Iuventa, 2018), accentuated by two further works: 77sqm_9:26min, 2017, an investigation into the racist killings of immigrants in Germany in 2000–2007, and Investigation into the Murder of Pavlos Fyssas, 2018.

This recent investigation inquires into the complicity of police troops in the assassination of the young Greek rapper Fyssas, murdered in 2013 by members of the para-military political movement Golden Dawn. After having been presented as crucial evidence in court in Greece this September, this piece, co-produced with BAK, is now presented to the public for the first time.

The second narrative line unfolds in a Center for Contemporary Nature (CCN), which engages with the relation between culture, politics, and the concept of nature today. No longer a “backdrop” against which the human history unfolds, “nature” now transforms at the same speed as human history, racing alongside it in an ever-aggravated feedback loop with consequences that have spiralled out of control.

This entanglement, which Forensic Architecture refers to as “contemporary nature” is explored in two cases. Ecocide in Indonesia, 2017, highlights the contemporary calamity that involves both human and environmental disasters, leading to mass casualties and an irreversible destruction of the living habitat. Ape Law, 2016, looks into human-induced environmental violence on other species. Throughout history, the orangutans have been threshold figures between humans and nature, and are currently at the frontiers of debates regarding the future of laws and rights. 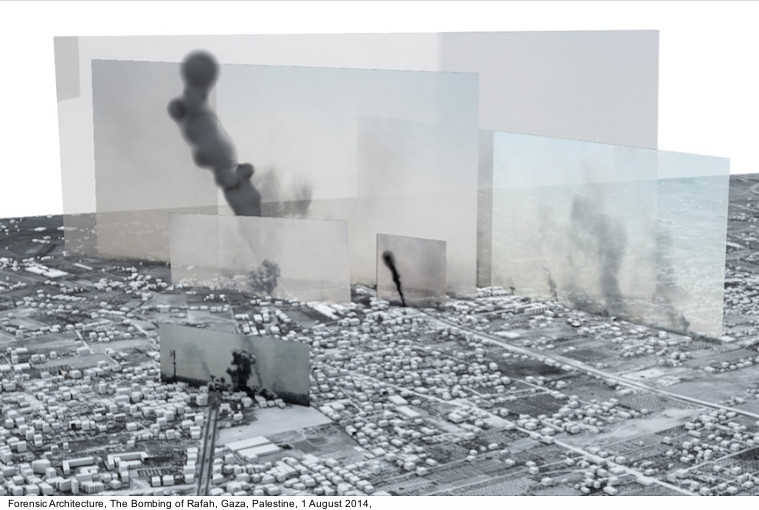 On a near bi-weekly basis, the public program Propositions #7: Evidentiary Methods takes place to examine and expand upon the notions of “evidence” and “method” in the practice of Forensic Architecture in a series of lectures, screenings, and workshops, co-curated by Nick Axel (architectural theorist and researcher, Amsterdam).

Forensic Architecture is nominated for the Turner Prize 2018. Earlier in 2018, the collective was awarded the Princess Margriet Award for Culture by the European Culture Foundation, Amsterdam. The lecture by Eyal Weizman and Christina Varvia taking place at the opening of the exhibition Forensic Justice has been organized in collaboration with the European Cultural Foundation, as part of their program highlighting the work of the 2018 laureates. 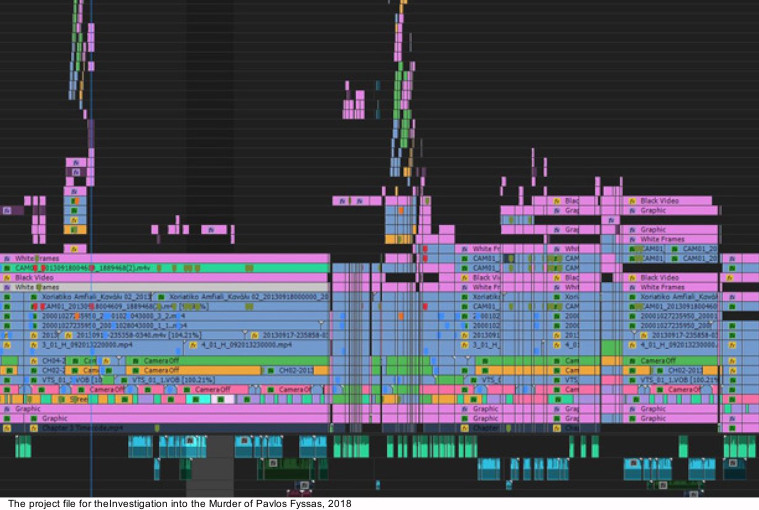 The project is part of the BAK research series Propositions for Non-Fascist Living (2017–2020). BAK’s main partner in the field of education and research is HKU University of the Arts Utrecht, Utrecht. BAK’s activities have been made possible by the Dutch Ministry of Education, Culture, and Science and the City Council, Utrecht.