What is work in the globalized digital age? “Algotaylorism” replies

“In the past the man has been first; in the future the system must be first” wrote Frederick W. Taylor in The Principles of Scientific Management in 1911. From his scientific management of work to Amazon/Uber/Deliveroo’s algorithmic management, the evolution has mainly been technological, while on the ideological level, one notices rather a continuity. Taylor’s thinking was based on a depreciation of human skills in favor of a systematization of the work to be done: “the remedy for this inefficiency lies in systematic management, rather than in searching for some unusual or extraordinary man”.

Now, while more and more of the capacities that were thought to be human are applicable to machines, how can we think work that has long characterized humans? What is work in the globalized digital age? On the one hand, a growing algorithmic Taylorism—the extreme division of labor among clickworkers—and, on the other hand, a persistent machinic illusion—many tasks thought to be performed by computers are in fact performed by human beings in a more or less concealed way. 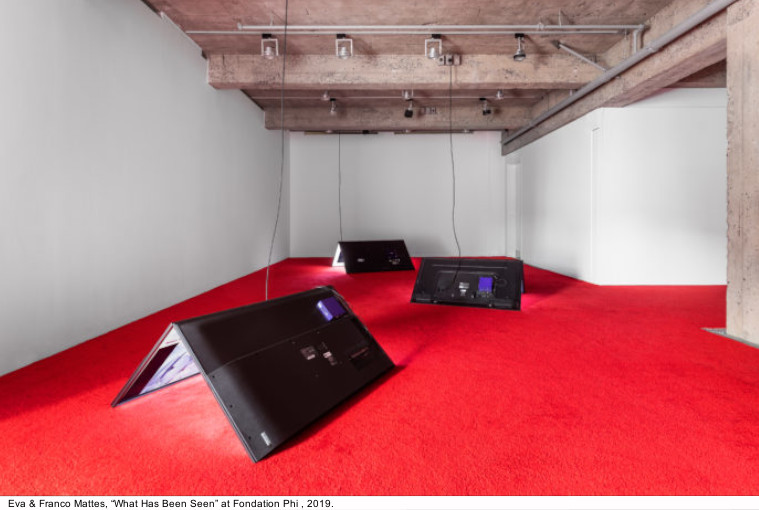 In the age of algorithmic management, what about performance measurement and worker optimization tools? Also, in what is now called the “attention economy”, it is not anymore only workers who work: any online activity is likely to add to the capital accumulation of the internet giants through its commodification. All data is monetizable. Every internet user is profitable. Being online = working?

Besides work, art is the other activity traditionally used to qualify human beings as such, although this idea is increasingly being challenged by researchers in artificial intelligence.

Algotaylorism brings together thirteen artists and collectives who all operate at the human-machine interface and have taken this interaction as a subject of research and as a production tool. As its title indicates, the exhibition therefore focuses on the question of algorithmic Taylorism, which is the division of labour taken to extremes by the reduction of the worker gesture to a click and which seems to prefigure the end of waged employment as the dominant structure for work. 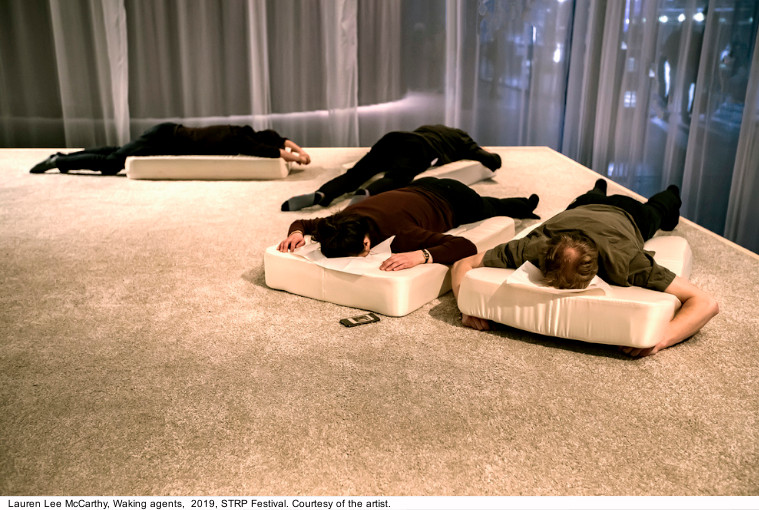 Attention economy and working unwittingly; algorithmic management; micro-work and the artifices of artificial intelligence as well as proposals for a society not work-centred form its different chapters. Human interventions and performances are coupled here with a lot of code in the form of text-to-speech software, delivery applications, decision trees, a community basic income, ecological mining of a Marxist-inspired cryptocurrency and a few avatars populating some of the screens.

Algotaylorism is also an opportunity to take a closer look at the now relatively widespread idea that work tends to increasingly resemble artistic practice given the exponential number of self-employed workers, while artists increasingly act as entrepreneurs. Have we gone from Debord’s Never Work to Ever Work?