The Truth Of Experience. Notes Of Expanded Photography 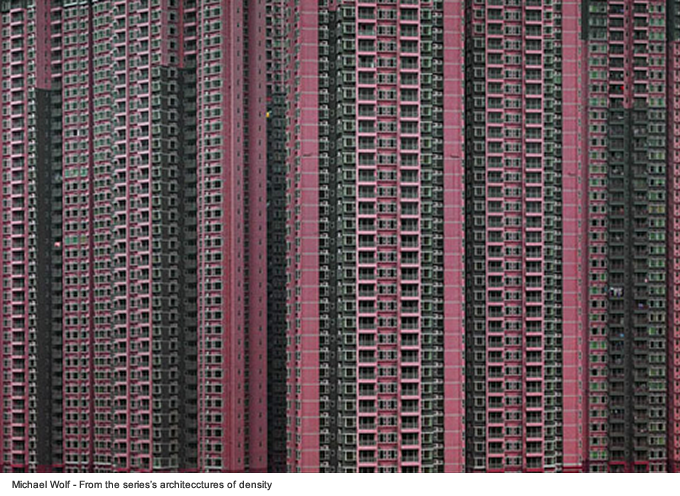 The idea of expanded photography is an attempt (one among many) to make sense of photography ‘in excess’, that is, how it transcends its established definition. It takes on board the fact that photography may no longer be subdivided and talked about according to genres but, rather, is a sort of visual alphabet and a visual database.

Significantly, its various categories have been reconfigured, blurring the boundaries between scientific, journalistic, personal, commercial or art photography. It’s as though our society has freed image-making from specific applications, and rendered the photographic image an autonomous subject on its own, detached from any function or relation.

Furthermore, it can no longer be solely attached to a camera-based activity, typical of a certain discourse of photography (including street photography, for instance) since now the act of making, manipulating, distributing and ‘digesting’ pictures is hybridized by devices like mobile phones and computers but, also, glasses (Polaroid), TV sets, game consoles and so on. 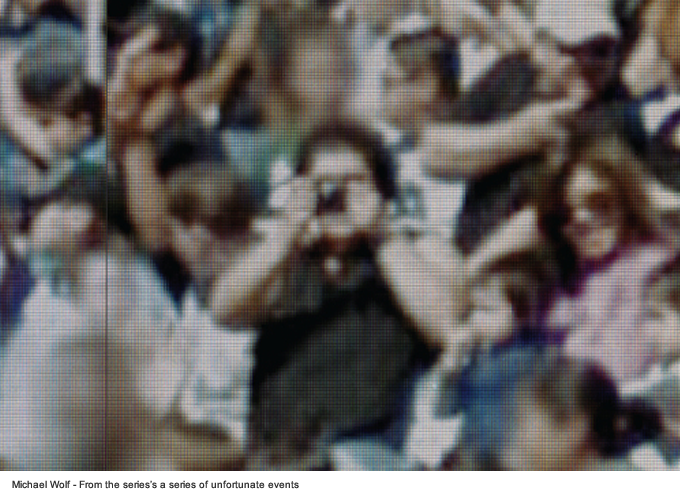 Everyone can see, in his/her own daily activities, that photography has dissolved into a magma of images (is this a tautology? Are photographs and images the same?); in other words, photography is losing its historical and medium specificity, and expanding its scope. It is our daily fare. How many pictures have you been included in, have you absorbed, triggered or generated today? We are all, more than ever, ‘implicated’ in photography whether we like it or not. We constitute ourselves both as individuals and communities through this visual alphabet and database, a language that is neither written nor verbal, but visual.

We could define this constitutive visual language as ‘the photographical’. Drawing a parallel with, yet taking a specific character from, the notion of expanded cinema, this way of reasoning implicates photography as a multi-faceted, expanded feature of our living that cross-references fields such as mass-media, economics, politics, law and social science.

The photographical is a whole body of experience that embraces (and is mediated by) a great variety of relations, interests and possibilities to become the main manifestation and constitutive element of our human condition in the 21st century. This process is not only taking place in, but also through, the public realm. The visualization of our acts, stories and thoughts is what now constitutes the main discourse of the public realm. There’s no public sphere without the sharing of experiences and opinions, and in our age what we share the most is images. They have become a commodity. We trade our existence in images, and we shape ourselves through them.

We need to refer to images (and image-making) in order to act politically, socially, and culturally. An expanded photography is now the set of conditions that facilitates our awareness of such interconnected layers  a visual system that searches, finds and acts out meaning as it constitutes it (with or without camera). Recollected, imagined or existing photographs contribute to our knowledge and perception of the world and of ourselves. Thus expanded photography is an approach to life that, nevertheless passes through different stages, visual systems, signs and formats. The photographical functions as hyperimage, translating and transcoding visual information from one format to another. 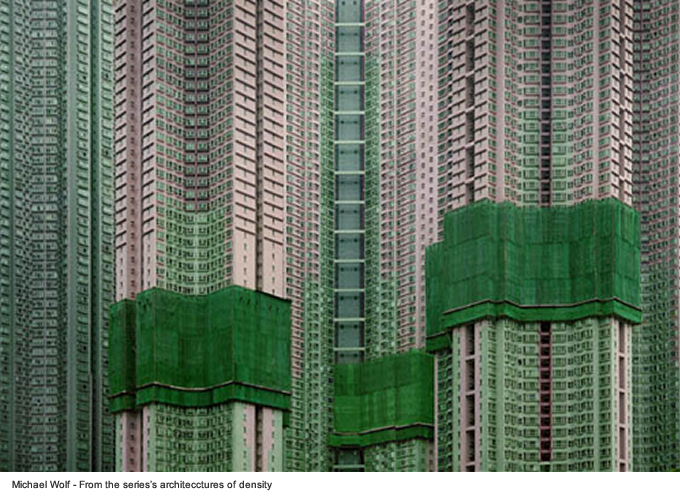 We, Who Make It Happens

We commonly relate our idea of photography to imagination, truth, memory and history  regardless of whether it is staged, studio, candid or street photography. But as we move in space (physical, imagined or virtual locations) and time (linear or alinear), photography allows us to create new connections between forms of communication and expression of the self

An expanded concept of photography  like the film and video practices of expanded cinema  alters the so-called ‘architecture of reception’, transcending the historical and cultural experience of the viewer. It also helps to change the generative aspects of image-making itself, transforming photographic practice into something heterogeneous, performative, seamless and infinite. This is more than simply taking a picture or inventing an image. As outlined above, it is about constituting the self visually.

Producers, mediators and receivers, all act as translators, not really engaging with their subjects directly, but with the narratives in which these people’s lives are entangled. That is precisely where ‘the public realm’ comes in, as it is generated, shaped and understood by these acts of translation. Instead of assuming that photography is a mechanism that transforms reality into images, we can invert the terms and see the photographer as a translator, as a facilitator of narratives. 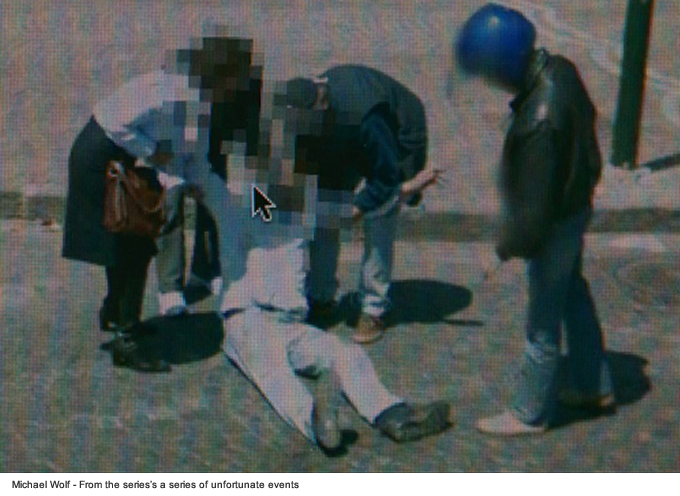 The reception of photography is a process of formation, a fluid space of intermingling interests, practices, expectations and ideas. The fact that photographs can be printed and passed from hand to hand, reproduced in books, newspapers and magazines, projected in galleries, community centres and public spaces, broadcast on television, streamed online or even processed by software that translate audio and sonic impulse in images, reveals that photography is clearly a matter of dissemination, and not of genre

If today the important element is not ‘what’ information but ‘how’ information is delivered, then it is essential to understand the forms of communication that bring us information. It is photography in its expanded dimension that mostly plays this role.

Ultimately, it is a matter of changed perspective: understanding the viewer as someone who generates, ‘works on’ and transgresses the image. Someone who brings him/herself into the image while showing and absorbing what the image is about. We partake in the labour of imaging and representing; each of us intervenes in the image-making and claims space for her or himself in the story of a witness, in an archive, in the report of a journalist, in the presentation of a scientist. 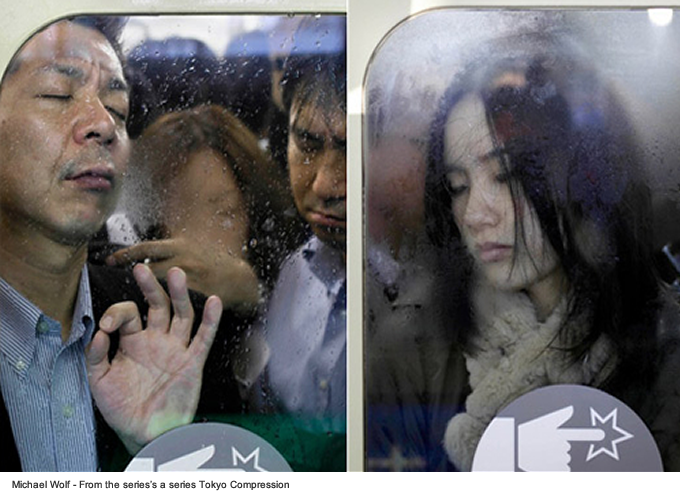 The here and now, actualized

The image-making process is always and necessarily the ‘making of meaning’. The process continually melds past, present and future, cognition and emotion.

Expanded photography requires the photographical entering a mutual relationship with other economies, including art, mass media, architecture, science and law, while constantly shifting society’s perception of itself through non-photographic disciplines. Its vehicles of communication are curatorial practices, education, media and publishing, but they concern projects that are ‘implicitly’ rather than ‘explicitly’ photographic.

When artists, editors, producers, cultural mediators and curators open up a space to cross boundaries with other realms of society, a daunting terrain suddenly materializes. In fact, both producers and consumers become active participants in the process, since they become part of the information chain, a segment of the sequence of ‘knowledge’. 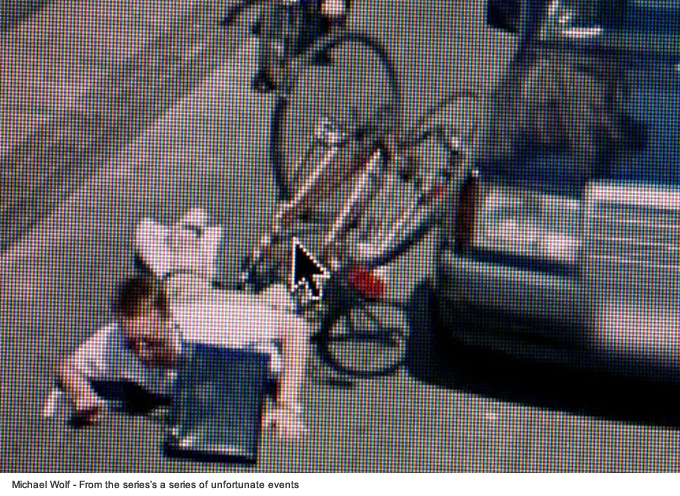 Inscribing oneself into the image and image-making process is the only way left to participate in life: moving into the core of the image, into the work and the discourse that lies behind the image and becoming part of it, as well as of the medium. Expanded photography is, thus, about experiential truth.