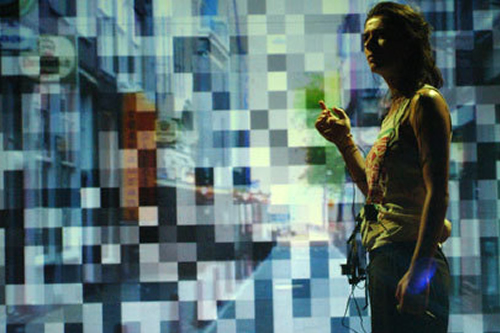 Data transparency, free movement of ideas, a fruitful collaboration between art, science and technology, but also among ordinary people and experts, this is exactly what Roger Malina is about. Recently hosted by “Meet The Media Guru”, an event held in Milan. At the Director of Astrophysics Observatory in Marseille, where he is a member of the Observational Cosmology Research Group, Roger Malina is chief editor of the newspaper “Leonardo” of the Massachusetts Institute of Technology (MIT), and promoter of a series of interdisciplinary convergence projects, of which we will talk about later.

Son of Frank Malina, an aerospace engineer and kinetic artist, who in the late Sixties founded the Leonardo project, Roger Malina is currently involved in a campaign to raise awareness and public involvement to provide solutions and strategies to address the urgent issues of our time. Global warming, alternative energy research group, worrying anthropogenic changes, control and confidentiality of data by government agencies, these are all reflections that lead the scientist to seek our attention confronted with the need to choose another road.

The subject areas of expertise, sharing of public data, the intelligent and ethical use of new devices, but above all a necessary collaboration between artists and scientists, philosophers, musicians and film makers, are all essential to the French-American astrophysicist.

Given the circumstances and the success of his speech in Milan, we decided to interview him. Be aware, this is surely a great trip and indeed, never as in this occasion, I could see what is really possible to create an oases of sharing, where the “lateral thinking” finds such an happy application and the rigors of science offer so much support from the imaginative capacity of the arts and human sciences.

Teresa De Feo: Mister Malina, you believe in the relationship between science and humanity and particularly in the relationship between science, art and technology and seeing as, according your ideas, seem to be the most fruitful solutions in promoting necessary change. The key word you use, the right direction to follow, seem to be, in this case: the practice of a new science that you call “intimate science “, the doubt as a driving force behind the cultural development, the value of curiosity as the foundation of a new ethic.

It’s clear that many of these words and concepts belong to artistic vocabulary and practices, and this is not by a chance. You underline, like Roy Ascott says, that the correct sentence today is: “ask not what the sciences can do for the arts, ask what arts, and in particular, technology-based arts, do for science?

Roger Malina: We live in difficult times where we must “redesign’ our cultures now that the oil economy is coming to an end, to find ways so that the very large human population does not disrupt the ecology and curcle of life we depend on, and of course to mitigate anthropogenic environmental changes including global warming. I think one of the problems is that many changes are not really perceptible to our senses, even if we see glaciers melting CO2 has no taste or smell and cannot be seen.

Even though we know certain species are going to be extinct, it is hard to see the overall impact on the circle of life. Many of the risks that we must face come from data taken with scientific instruments and not through our naked senses. So I think the first thing that artists working with science can do is help create a culture where the data taken with instruments is part of our consciousness, intuition and way of perceiving the world. We need a culture which incorporates scientific knowledge into its way of knowing and being in the world.

The second thing, is that artists have different preoccupations than scientists and are very connected to the social sphere; this means they are interested in different issues and priorities. I have called this the “ethics of curiosity’ based on the writings of Sundar Sarukkai in India. I think science needs a new ethics that is very grounded in the issues we are facing. I think artists working with scientists can help us develop a new ethics of scientific curiosity.

The third thing is part of what is called the innovation theory. When you are working on very hard problems often in the interdisciplinary areas that the breakthroughs in science occur, not in the middle of the older disciplines. Bio technology for instance or nano science. This can also occur between the arts and science. 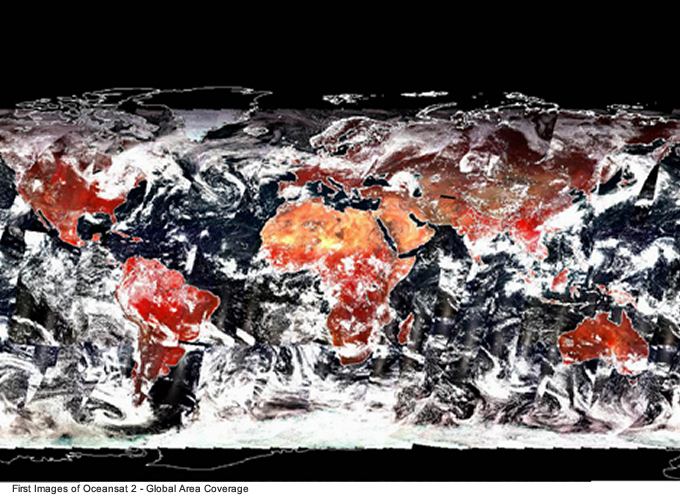 I very much like the work of sound artist David Dunn and complexity scientist James Crutchfield who have worked on the area known as acoustic ecology, driven by the interest of the musician in recording the sound that trees make when they grow. In their collaboration they have made interesting scientific discoveries as well as exciting music.

There is an interesting art science lab in Paris called Le Laboratoire started by biomedical engineer David Edwards that provides a platform for this. I am part of a group that has started the IMERA Mediterranean Institute for Advanced Studies (www.imera.fr) that also is a platform for this kind of innovative collaborations.

We have started a network called ArtsActive which brings together the various groups that are hosting artists residencies in scientific institutions. It would also be interesting to have scientists in residence in cultural institutions. At a time of rapid cultural change, driven by the urgency of anthropogenic planetary change, I think the arts and humanity are in the center of the various crises.

Teresa De Feo: You say that 97% of the energy and matter content of the universe is unknown to us and it is not detectable neither by our physical senses nor by our technological senses. You call this matter dark universe: the unknown matter that seems attested only by the presence of some data. According to you, could art help to discover the unknown? Could the technology-based arts help to decode this data? If yes in what way?

Roger Malina: Astronomers currently believe that 97% of the content of the universe is in a form called dark matter and a second form called dark energy. Astronomers do not know what these consist of, but can detect the gravity they have. It is a very difficult problem in science at the moment. I think it is unlikely that artists can help on this specific problem, but we know that the ideas we have about the universe are very rooted in our metaphysical concepts and also our mythological systems.

Artist Donna Cox recently did a very interesting PhD thesis that examines these issues. As an artist she has collaborated with several astrophysicists and has helped developed new ways of visualising and manipulating astronomical data, and even filed patents as a result.

Teresa De Feo: Mister Malina you believe strongly in the power of collaborative exploration, in opening access data, you believe in an intimate science that involves billions of people in understanding the world. About that, you require the necessity of a new human right and a human obligation, in particular: the necessity that everyone contributes to the knowledge construction by collecting and interpreting data about our own world. The projects you are promoting to reach this goal are many, one of these is Open Observatory. What are Open Observatories? Can you tell us something about it?

Roger Malina: I am very influenced by my background in astronomy. Over the last thirty years astronomers have made public and shared all the data from many observatories. these are called virtual observatories. As a result new scientific discoveries have been made, which could not have happened if each scientist had kept his own data private, and in addition through groups like BOINC, many people can contribute to scientific discoveries. I think we can extend this idea in other areas. One of the thing that has helped is that the sponsor agencies that fund astronomy have insisted that astronomers paid by the government must make their data public.

In my Open Observatory Manifesto I extend this idea to say that any data of any kind that is obtained with financing from public tax money or by the government must be made public and in order to keep data secret the governement must prove that the dangers of public access are greater than the dangers in keeping it secret or protected. Secondly I think we now have new ways of collecting scientific data and it is now possible for millions of people to help collect data especially to understand our impact on the environment.

Artist Andrea Polli suggested that every art school on the planet could have a weather station and become local experts on climate change. The cell phone can be made into a very interesting device for collecting data, for instance allowing people to measure many medical aspects of their own body which they can then share with their doctor. So my open observatory manifesto says A) we have a right to the data taken that is paid for by our governement or tax money. b) we have the necessity to collect data about ourselves and our environment i think these could help bring about the intimate science and hard humanity movements i have been talking about. 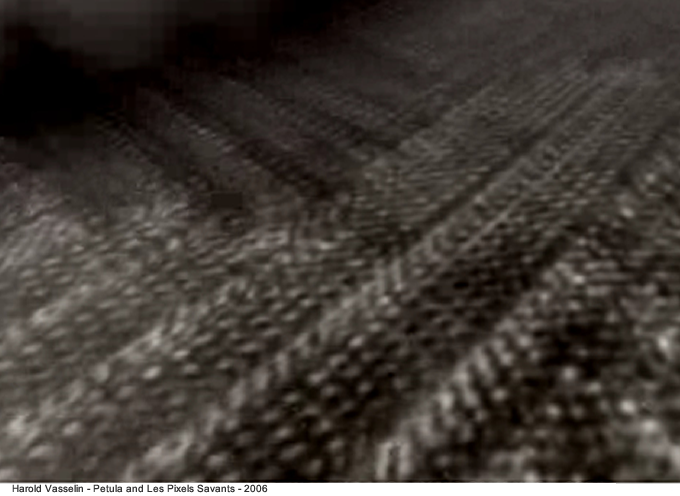 Teresa De Feo: During Meet Media Guru conference you spoke about the IMERA project, can you tell us something about that as well?

Roger Malina: IMERA is a new residency program set up by the three universities and the CNRS in Marseille. The condition of a residency is that the person needs to work with someone outside their discipline, for instance an artist with a scientist, or a social scientist with a physical scientist. With sociologist Samuel Bordreuil we have set up the ASIL: Art Science Instrumentation Language program to set up the kinds of art science residencies I have been talking about. For instance film maker Harold Vasselin is working with climatologists, artist Rachel Mayeri with primatologists and neuroscientists, and nano scientist Jim Gimzewski has been working both with artists and philosophers.

Teresa De Feo: Mister Malina do you believe in the transformational renaissance that will be needed for us to learn to manage “Spaceship Earth”. According to you which is everybody’s task to help this fruitful change?

Roger Malina:As I said earlier, the kinds of changes we must make in culture and society are very rapid. we have less than fifty-hundred years to move off oil for energy, to make sure that carbon emissions do not cause climate change, to make sure that there is enough drinking water, These are rapid changes. We have never had to redesign our society before, culture and society have always evolved over the generations to react to the changing situation. now we have to actively re design culture so it is sustainable. I call this problem the ‘hard humanity’ and since it is a cultural change it involves everyone. 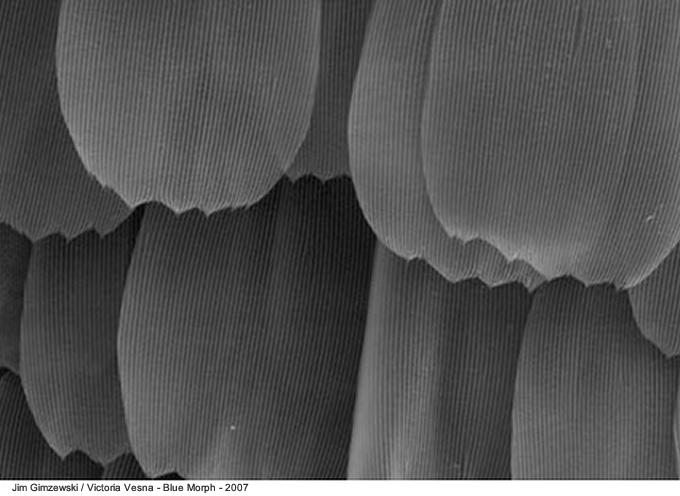 Teresa De Feo:The last question. The typical question of this critical age. Mister Malina, will we make it?

Roger Malina: As a scientist I am innately optimistic. I think that the world is understandable using the scientific method. The problem is then converting understanding to changing our way of being in the world. This is not a problem that scientists are experts differently from experts in the arts and humanity are .

I am encouraged by the way many artists and scholars in humanity are now deeply involved in these very hard problems. I think they are the “new leonardos”, often groups rather than individuals, often inter-generational. If we can combine the expertise of people over 70 with those under 30 we have reason to be optimistic.