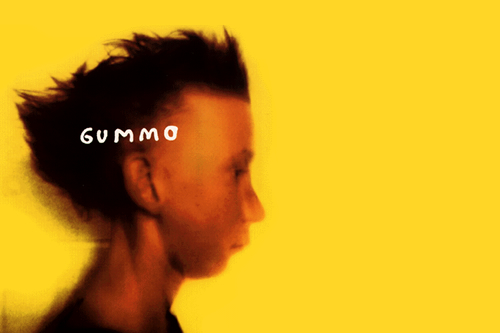 At the beginning there is nothing. A desolate land far away from T.S. Eliot’s modern metaphysics and more similar to the media representation in the heart of a TV screen. It is disclosed again and again, catastrophe after catastrophe, blick after blick.

Gummo is a hurricane. It is a nature epiphany, so common in some places that in most of cases its resort fulls the first page of local newspapers, clamped down by the ceaseless repetition of these events. Gummo is set in the American province of Xenia, Ohio: places at the limits of imagination, where TV deforms to learn and the public watches to teach the ironical foolishness of reality. In this world divided between decay and hypocrisy, the strongest conformism and depravation of people one against the other, Harmony Korine’s characters move. From Carver’s songs to Altman’s eyes in “Short Cuts”, till American Beauty” and Wallace’s literature, a film like Gummo comes out supine on the ground.

Harmony Korine is maybe one of the most important American independent directors of the last years. His career began very early, when he was 21 and wrote one of Lerry Clarks’ films – Kids. It is the story of a group of teenagers struggling with drugs, Aids and sex. The incredible vision of the world through Kids teenagers made Korine one of the most rational and at the same time visionary authors of the ‘90s, as he was able to bring on the stage a new realism free from dramaturgy, but bitter and disquieting.

And then it came: Gummo. And Larry Clark’s influence, which was maybe present at the beginning, faded away. It disappeared.

Gummo‘s characters are built around a depravation which defines their personalities. There are two psychotic boys who have fun in killing cats and define their self-destruction; two girls who are so obsessed with appearance that they force themselves to stick new nipples with tape; an fictious rabbit-child who tries to force us to see his reality, also inside the fictional representation of his death.

It is incredible, how the decomposition of the TV or cinema screen accelerates its course with a light lever towards the limits of imagination. Fantasy obsesses us through its own essence, as a tree planted in a garden in winter time. It’s something that we hope develops denying the sense of belonging in a so strong way that it becomes real itself. Cinema is like an organ which is forced to reply to contraction impulses like rhythmic experiences. That rhythm is our vision that changes according to the film and light up or blow out, immerses or stays on the surface.

Gummo is an immersion with the feet beyond the water level and the eyes revealing the sea depth and the hands moving forward without doing anything important. The world after-Gummo is already a shattered world. It has never been a world. The hurricane becomes a temporal term, a contrivance to make the film begin, nothing else. What Korine represents has no beginning and no end. It has always been there, in a place that our arms can only indicate but not reach.

The film is shot with the greatest stylistic freedom. The completely neutral camera – like in Dogma (Korine shot another one following Lars Von Trier’s rules) gets almost in the way. It overflies these lives without expressing them, but leaving them free to exist in front of us for what they are. In a scene, the most expressive of all, a group of people aggressively dash against a chair, breaking it, with the violence of a pack in a fight when the victim lays lifeless on the ground.

The violence of abandonment and vacuity of the token itself: killing with the aim of killing, without a goal is part of a human spirit which is becoming more and more bestial, without any scope. This is what Gummo represents. The characters are marginal; none of them is essential; none of the features of their spirit defines and characterizes the film. All are part of an aphonic voice that crumbles over the surface of that world whose track or memory is impossible for us to find. A child with a hat and two pink rabbit ears opens up the film.

That child is maybe Gummo’s soul, its most obscure and rarefied power. He walks on a semi-abandoned bridge with unrooted, rusted, dismantled safenets. That child moves, plays, spits on the cars under the bridge. Nothing different from any other teenager in the Western world. But that figure moves in an abominable oneiric world and his ears are like aerials and his hat seems part of his head and stunted, slender body. It seems we are in front of an alien or a monster: little and harmless, but corrupt and repulsive.

Maybe the beginning is a metaphor of a film which leaves the anonymous and outdated habits of the American province to dress up the most repulsive and lethal habits of the human abhorrence at the Millennium borders. Gummo is the portrait of the abnormality, which is grabbed through a feeble but unperturbed reflex and completely shows us the colder and colder colours of our modern life.