You Tube And The Accidental Videoart 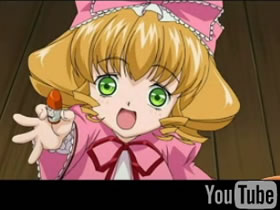 YouTube has radically changed not only the way we look at video, but also the role of the audience and the language of video. No longer a mere spectator for the images created by the Author, Youtube users are increasingly involved in the making of unique and peculiar videos, unexpected “viral” trends that generate in turn new influences  and all shared on the Web.

Certainly YouTube is the product of a technology revolution that allows practically anyone to record, film, edit and perform postproduction tasks with basic means  which are almost intuitive by now. But the originality and variety of products that circulate on video portals (Youtube, ma but also Vimeo, or the more recent Seesmic), has exceeded all expectations. From extremely basic segments such as the “long portraits”  where a person stares at the camera, to the message chains  like the one started by MadV; from “hallucinated” videos made by fans -where a whining Chris Crocker tells the world to leave Britney Spears alone, to real music videos, that sometimes brought a band to its commercial success  like with the band OK Go

And the lifespan of a video on the Web doesn’t stop here: once it’s posted and shared, it can be recast, mashed-up, and mixed to create a new piece of art where the original author’s images and purposes are mixed with other authors’ purposes and means (that could be other images, thematic connections or even software).

An example -among many- of the artistic and social effects of the ” YouTube phenomenon” was the evening dedicated to video triptychs held at Postmasters Gallery in New York. Organized by the art collective “Artists Meeting” and curated by Thomas Hutchison, Maria Joao Salema and James Andrews, the event showed a compilation of “accidental video art”: video triptychs where the most diverse products of the Internet were aggregated thanks to a custom software, You3b, an Eyebeam project produced by Jeff Crouse and Andrew Mahon.

These three-channel videos that have extremely diverse features and themes- are products of the “YouTube” mine: “The project takes off from the freedom that you find in YouTube itself, from the eclectic nature of it. These videos are a sort of modern narrative, made not with words but with images. There’s a hunger for information, for images, for stories and there’s also a library that is expanding very rapidly” explains Raphaele Shirley, one of the organizers.

“For me, what was interesting about YouTube are just the crazy, fascinating, wild videos that people publish” says James Andrews, “It’s a little bit like public access TV, a kind of ad hoc personal media that can be very serious and profound, or can be very absurd and random. My favorite discovery on YouTube was the subculture of people who documented their own washing machine — and this is a very large subculture, pretty massive at this point– from the aesthetic or technical point of view . In the end I made a triptych of washing machines and I’m convinced that on social level in a way is connected to the American tradition of tinkering with your own car or motorcycle”.

An interesting aspect of the event is definitely the “authorial shift” of the final works: “This show mutilates the whole idea of ownership”, notes James Andrews, “You really can’t figure out who on Earth owns these triptychs: you have one set of people who created the triptych software, then you have three different groups of people who potentially created the three videos, you have the three different YuoTube accounts that published the videos  which may or may not be the same people who created them, you then have the curators, then you have Artist Meeting and you then have Postmasters Gallery. And each of the original videos could be removed from the Net at any time”

In a sense, this project takes to the extreme not only the concept of authoriality, and the fact that new media art often needs team work in order to be produced, but also, says James Andrews, “it could simply obliviate the human factor, which I think is even more interesting. No one in particular got credit for anything in the show  it was just something that happened”.

An event in which each viewer  the last link of this long chain  looks at the triptychs, getting his or her own, very personal narrative: for Raphaele Shirley “this kind of triptych really lends itself to non-linearity: you can’t grasp a single image or a single story and follow it through from beginning to end. It’s really about cross connections, cross pollination of ideas, like unconscious thinking and the way you create a dream, or the way you connect data”.