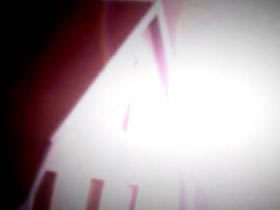 Carlo Zanni, who was born in La Spezia in 1975, is an international artist whose works have been shown in many galleries and museums, from Rome to New York . In 2005 the ICA (Institute of Contemporary Art) in London dedicated a retrospective exhibition to him and published the book “Vitalogy”. In his latest works he collaborated with special musicians and composers, such as Gabriel Yared  who won the Oscar for “The English Patient” – and Gotan Project

Zanni ‘s work is bright and sensitive to current sociological and cultural dynamics and mixes different media and languages creating a continuous dialogue between the arts. Painting, installations, videogames, cinema, net art: his work well represents that “mixing culture ” which is able to create new visions by disarranging and then rearranging media grammar. In the latest years he has started exploring new ways of telling a story and openly turned to cinema, which has widened and dilated its close shape with the introduction of new technologies.

I interviewed Carlo Zanni and asked him 4 questions about some of the main points of his work.

Giulia Simi: “The idea becomes the code that renders the art” is your interpretation of the famous sentence by Sol LeWitt “The idea becomes a machine that makes the art”. Can we consider it a sort of new definition of art through the use of digital media? And according to that, what do you mean by code in the creation of a work of art?

Carlo Zanni: It is rather a keyword to understand my point of view. I do not mean it to be a manifesto for other people.Today every kind of manifesto is definitely obsolete. As Christian Bale says in Batman Begins: “It’s not what you are underneath but what you do that defines you” . “The idea becomes the code that renders the art” focuses on the role of the hidden processes of the work, a remote server in a farm in Arizona for example. The code is the DNA of the work itself, it is characterized by rule patterns which, once included into the feedbacks taken from the net, let the origin of an event possible. It is just performance .

Giulia Simi: “Data Cinema”. That’s how you define the artistic research that characterizes your latest works, particularly “The Possibile Ties Between Illness And Success” and “My Temporary Visiting Position From The Sunset Terrace Bar”, where the microelements of film narration are continuously changed by data flows from the net. The result is a number of open systems of temporary and multiple visions, “variations on a theme” that mix the automatism of the code with the eventualities of life and human existence. Do you think digital media and the Internet in particular, emphasize a relationship between what is predictable and what is not and can thus disclose new ways for visual, textual and sound narration?

Carlo Zanni: They certainly do, because they are the perfect link between life and performance. They are averagely available to everyone and reduce spatial distance to zero. I nformation is the new colour.

Giulia Simi: In your works you often move away from those languages and graphic models which are typical of web commercials and turn them into something different. I mean for example Google Analytics user mapping and how you reinterpreted it as a disease manifestation in “The Possibile Ties Between Illness And Success” or E-Bay commercial graphics which you turned into hill landscapes in “E-Bay Landscapes”. Is that statistic representation easthetics or ironic criticism to the Web commercialization?

Carlo Zanni: In almost all my works the presence of data is not immediately visible. It is particularly concealed in TPT (“The Possibile Ties Between Illness And Success”, ndr) , as well as in “Sunset Terrace” . Moreover, once the dynamic elements are spotted, then it is difficult to associate them to numerical values. I mean, if you try a reverse engineering process on a work of art, you will never get the data you had when you started. That is why it is difficult to associate works with data visualization forms. More specifically, TPT uses pure data taken from Analytics, which means it does not start from the graphic element of the world map; on the contrary, in E-Bay mountains are not created thanks to numerical data but to a preexisting graph which has been cleaned from not necessary numbers and grids by a software. That is what stockbrokers call “fools” , in order to emphasize their intrinsic deceitful nature. As a matter of fact, it is sufficient to slightly change the figures of x or y-axis to increase or decrease the graph curves and thus to alter buyers or sellers’ intentions.

Giulia Simi: Your latest work, “My Temporary Visiting Position From The Sunset Terrace Bar”, is also a careful consideration on migrations and nomadism, on how people relocate in new areas (in that sense the poster and Internet site are an integral part of the work, as you’ve underlined, essential for its understanding and interpretation).Do you believe art can influence the creation of individual and collective identity ? If so, do you think a work of art can have a political value, or, rather, artistic creation is a political act in itself?

Carlo Zanni: I think it is worth explaining what the words mean. Politics is theory and very serious practice together and should be the highest activity of humankind, since it deals with it. I don’t think the artistic act in itself is political, though art is the perfect chance to transmit discussions and face topics which are crucial for our society. That’s a basic prerogative for me. But if you mean that getting up every morning is a political act, then everything is different. To end where we started, words always cheat, facts never lie.