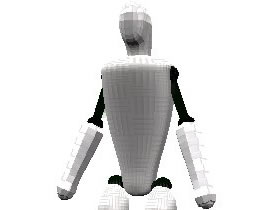 From April 10 and 14 and happening for the first time in Italy , the 24 th ICRA’s conference was set in Rome . ICRA is the International Conference on Robotics and Automation supported by IEEE , Institute of Electrical and Electronics Engineers, an international association aggregating over 370,000 members in 160 countries and gathering the major experts and high-tech specialists. This association is considered as an authority in a variety of sectors such as aerospace systems, computers and telecommunications, control systems, consumption energy and electronics.

No doubt this is the chief international conference on the subject which has involved since 20 years representatives of university, as well as of industry and institutions, highlighting the work of young students and researchers. This conference starts with the great amount of scientific contribution (there are over 1,900 projects) and goes ahead with the introduction and discussion of high level articles, strictly selected by a Scientific Committee composed by 150 international experts.

The program is very rich in scientific meetings, as well as other secondary events, and there is even the presentation of the latest sector news: 25 exhibitors among leader companies and spin-off societies which are born and grown up in the last years.

You could also find technical memories in parallel series and 160 videos describing the latest results of scientific research. And three complete readings, cured by worldwide known experts, institutional visits, workshop and tutorials on core and emerging topics, as for instance neural robotics and robotics of particular interest for students and young researchers. The organizers gave them a preferencial treatment in reducing subscription and taking benefit of the financial support provided by the Robotics and Automation Society, RAS, for journey and stay costs.

Main theme of the 2007 ICRA’s conference is Ubiquitous Robotics, a topic at the leading edge representing the chief aim of modern robotics. In fact, in the next future, robotics could reach a diffusion as wide as that of the sectors of electronic, informatics and telecommunication technologies. We are leaving an era where ubiquity is just a life-style. A development in the ubiquitous computing technology allows you to be always in the web or networked: this is a way of working, enjoying and interacting with the rest of the world. More and more will the objects we use be on their turn networked. And so robots, which in future could provide us different utilities while on the web, in every moment and place, wirelessly.

Robotics and automation are a technological pair in increasing growth all around the world, as in our country. Consent derives from the future developments in robotics which will provide, in the next years, a wide range of new applications, products and utilities, contributing to open new markets and causing relevant social changes. Research centres as well as enterprises operating on a world scale in robotics and automation are constantly mushrooming. Also the scientific and technological results achieved so far are several and important: flexible assembling cables, robotised cleaning systems, space transport, robots for surgery and rehabilitation and minirobots exploring human body are no more fantasy but reality. A reality often symbolizing successful products.

Robotics is not only an utterly important research sector, but also an extremely relevant part in the market regarding technological products. According to World Robotics 2005 published by Unece/IFR (United Nations Economic Commission for Europe/International Federation of Robotics) investments in robotics, on a global scale, increased in 2004 by 17%. Moreover in the first six months of 2005 the orders for robotics products registered a further increase of 13%. Unece/Fir’s predictions estimate an average growth by 6% for the three years 2005-2008.

Beyond industrial robots, service robotics is gaining more and more importance. With an amount of over one million robots used in households, it is confirmed to be a rising sector.

Thanks to the strong relationship between robotics and information technologies, a great number of new high-tech products and services based on robotics are foreseen to be launched in the markets.

Plenary sessions of the conference are the three readings proposed by researchers of international renown: Alain Berthoz, Ken Goldberg e Katsushi Ikeuchi. Alain Berthoz opened the meeting reading Simplifying principles for perception, action, locomotion and navigation. A common problem for brains and robots. Berthoz is a member of the College de France and now in charge as Director of the Laboratory of Physiology of Perception and Action in the CNRS.

He published over 200 scientific publications in international journals on physiology of sensory-motor functions and more specifically on the eye-motor system, the vestibular system, balance control, and movement perception. He is an engineer, yet he enriched his curriculum through studies accomplished in the sectors of Cognitive Sciences, Psychology and Neurophysiology. He collaborated on Nasa’s space programs (i.e. Schuttle) and gave a contribution to the Russian team of the Mir space station about researches on human body adaptation to microgravity. Indeed, his speech in the meeting took into consideration the discovered link between neurosciences and robotics.

Ken Goldberg, Professor at UC Berkeley, read Putting the Turing into Manufacturing: Automation Science and Recent Developments in Feeding and Fixturing. His reading was concerned with new applications of automation outside the classical factory environment. In fact, it is now used to cover new needs, coming from security, domotics and food industry.

Mr. Goldberg is Professor of Industrial Engineering and Operations Research, with a joint appointment in Computer Science. In cooperation with his team, his researches cover 2 main areas: Geometric Algorithms for Automation and Network Robotics. Concerning the first area, Mr. Goldenberg and his team’s efforts are focussed to find solutions allowing an increase in efficacy and reliability as well as a decrease in costs.

In regard to Network Robotics, Mr. Goldberg and his team developed the first robot moving thanks to tele-operation systems controlled by remote lay people via the Internet. Indeed, in 1994 he created the first robot with web interface. The project, known as “Mercury Project” consisted of an industrial robot equipped with camera and a pneumatic system directing short blasts of compressed air to the surface, covered by sand, where the robot was working. Users could move both the camera and the robot’s arm. From August 1994 to March 1995 nearly 50,000 users collaborated to the “Mercury Project”.

Katsushi Ikeuchi‘s talk Programming-bydemonstration: From assembly-plan through dancing humanoid will explain the history of the field research introducing, at the same time, the new researches address to make a humanoid robot able to dance a Japanese traditional dancing. In comparison to the Russian-European dancing, the Japanese one is not characterized by hops and great leaps, but by slow movements having their base on a low centre of gravity because of the regular knee bendings. Recent studies have explained this difference: the first dancing makes the dancer soar up towards the sky, while the second one tries to keep the dancer in contact with the ground, perpetual source of energies.

During Katsushi Ikeuchi’s researches and tests the Japanese dancers’ movements are registered by eye or magnetic motion-capture systems. The movements are then divided in primitives and mapped in the robot’s movement section, always taking into consideration the structural and dynamical differences between human body and robot’s structure.

In the course of the reading the people present at the conference could see a video of a humanoid robot dancing a Jongara-bushi dance, a traditional dancing of North Japan , and a Aizu-bandaisan-odori, a further Japanese traditional dancing. Katsushi Ikeuchi is Professor at the University in Tokio. His studies range over robotics, computer vision and computer graphics. He is famous for his interest towards art expressions and he devoted his life to defend what he calls their “intangible inheritance”, “artistic soul” and “grace of movement”. The study of movement belongs with no doubt to the above-mentioned intangible wealth.

An other interesting moment of the conference ICRA’07 was the ” The Future of Robot Operating Systems” Panel, where Tandy Trower of the Microsoft Research, Director of the Robotics Studio project, and his talk aroused interests both in the Scientific Community and in the media. In this regard we just remind the reader Bill Gates’ article “A Robot in Every Home” published on the Scientific American. The subject is strictly linked to the “Ubiquitous Robotics” conference.

In the next 20 years we will no more pay attention to robots moving inside our homes or we will be able to control our robot at office, making it dust the furniture at home. An example: are we today by chance realizing the presence of pc at home?.