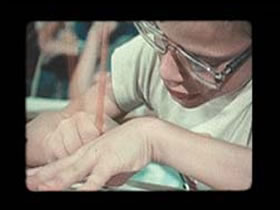 What will Fellini’s movies be without Nino Rota’s soundtracks? Chaplin’s silent movies without its music counterpoint he composed even after sound advent? Chaplin, who believed that cinema’s essence was its silence, has taught us that sound isn’t composed of words, but notes.

A century after cinema’s invention the link between music and image in motion prevail in each communication system amazing and reinventing over and over again. Many things have changed, even thanks to new technologies, but creativity, this unceasing need to express visions and alternative paths capable of becoming lucid and dreamy interpreters of this incredible reality, to guide our experiences. In other worlds Art, research, passion, innovation.

This, at least, is an interesting reading of the contemporaneous edited by TiConZero, cultural association and musical research centre from nearly a century, active on the Sardinian territory in the organisation and promotion of performances, meetings, workshops, as experimentation and innovation between music and theatre. Signal is an insular festival with a confident manner, aiming at that kind of public feeling the need of new paths, longing for innovating expressions and for original mental paths and perspectives alternative to prefixed logics of cultural consumption. From the 13th of January to the 18th of February a rich and original calendar of nights-events between experimental music and videos, but not only.

Tessuti will open the review. It is a Paolo Angeli’s solo project devoted to Bjork’s and Fred Frith’s compositions, arranged for Sardinian guitar prepared, together with a video by Shoggoth. Between extra-cultured and popular tradition, Paolo Angeli plays this sort of orchestral instrument- hybrid between a baritone guitar, a cello and drums – provided with hammers, pedals, 7 propellers, 14 pick ups. With this singular stratification, Paolo re-elaborates, improvises and composes unclassifiable music, suspended between free jazz, folk, noise, minimal pop.

The second night is devoted to the presentation of the works selected for the festival. An eclectic and irreverent summary featuring Andrea Dojmi, Al:Arm! and Bulba. The festival resumes the 20th of January with Moex and Vj Signorafranca. Moex range from minimal, noise, through polyrhythmic and timbre-industrial flashes weavings with the aim to propose new connections between music and space, sound and image. Double bass, guitar, sampler approach tools, springs, grills and other daily-use objects to re-create, an amplified audio magma (de-structured and re-elaborated).

“Audiomacchine del desiderio” by Elio Martusciello and Økapi, performing on the 23rd of January, are instruments allowing the re-visiting, recovering, and de-constructing of already existing objects, audio-signals of our days. Converted into further fragments, changed in their meanings, approached according to a different and somehow inaccessible cartography of sound, those signs turn music into pure sense contact.

Økapi will play on Friday the 26th on the video sequences of Pintaycolorea, video-performer of the Flxer.net VJs collective, who last performed within SONAR and ENZIMI.

OOFOURO’s duo, with Alessandro Carboni and Danilo Casti, performs at the beginning of February at the Ex glass factory with Au Bo: Towards Etimo, combination exercise and final chapter of the project Climax. Etimo represents the process of Ana-genesis of the System, that is to say its regeneration, meant as increase in its complexity, improvement of its structures and gradual adaptation of it to other already existing systems. Starting from this idea, Etimo wants to explore the universality of the Trilith System, finding its collocation in the contemporaneous, that is to say in the real. The night proposes Dafne Boggeri’s video experimentations too.

24 hours after, Modular Ensemble presents Drumming, a masterpiece of the second half of the XIXth century, a classical and meanwhile an experience still dense of future, to which drawn on to think and re-think about the music of today and tomorrow. Drumming is a travel at the centre of rhythm and time. It is a deep exploration of audio materials chances. The work is divided into four parts played interruptedly. In the first part, four drummers build and un-build audio tracks on bongos’ leather. In the second part, the sound of leather transmigrates into wood: nine drummers playing marimbas and two female voices stratify progressively the audio material. In the third part, committed to four drummers on glockenspiels and a piccolo, wood modulates within metal. In the fourth part, all the material exposed in the previous sections, blend within the final melange, which is ecstatic and pulsing.

Within the same night Sabrina Mezzaqui’s images, played on the flowing of time’s materialisation, recording light variations or simple natural phenomena such as dust near a half-closed window or sun reflection on the waves or snow falling. AIXÒNOÉSPÀNIC is a Victor Nubla, Quicu Samsó and Albert Guitart’s project. The trio, drums, electric bass and clarinet electronically elaborated, wants to create and free musical energy through a composing and improvised structure of a certain complexity, covered by a shroud of mystery and of casual combination operations clearly irrational and bad- arranged.

The video counter altar is committed to Michael Fliri, who performed last year at Transart. On the 10 th of February, Jetèe (Chris Marker’s tribute band) will perform at Santa Chiara’s Church. A musical re- interpretation of the images by “La jetée”, considered to be one of the highest examples of our cinema.

“Mercoledì”, a group of Milan founded in 1999, the audio video counterpoint with “Isola”, a miscellaneous of video-editing repertoire and cinema of author through which historical and cultural phenomena are re-interpreted, contaminated by different languages (television, advertisement) and by the most disparate contributions. Videos are parts of performances where “Mercoledì’s members play live providing the soundtrack with sampling and instrumentation both acoustic and digital.

The conclusive night has the characteristics of a great event with Marc Ribot, one of the most famous guitarists of the last 20 years, artist with a personal and innovative style ranging between punk, jazz and blues. He is famous for his many and prestigious collaborations among which the one with John Zorn. The night follows with Syntax Error, whose sound is inspired by music for images. In their tracks, there are references to the world of cinema and crossings among genres and styles, but samplings recycle pre-existing audio resources aiming at putting in touch kinds of music distant one from the other. For Segnali Video within the same night Nico Vascellari presents one of his most recent works where, through the use of media, performances, sculpture, design and collage, he re-interprets and personalizes the esthetical approach of fashion system.

Within the organisers’ purposes, SIGNAL aims at becoming a stable meeting: the meeting scheduled between January and February represents a bench test for a performing, musical and visual art festival, broader and more articulated, scheduled for next autumn.