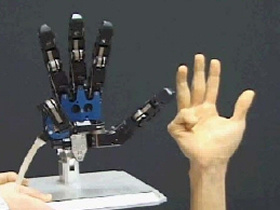 I just got back from Denmark, where I attended the first edition of Robotsatplay . Spread over several dates, the event  which soon we may call one of the most significant events on robotics in the Old Continent – took place in the historic center of Odense, one of Denmark’s oldest cities, consecrated to the god Odin, and birthplace of Hans C. Andersen.

Trying to assess the state of the art of the world of robotics, the event seems to have the objective of gathering into its two fields of research and robotics development (both scientific as well as industrial) the innovations that identified as being more interactive and ‘playful’. The name chosen for the event is indeed a clear indication of its purpose  in terms of design, functionality, and potential impact on society.

The event hosts a variety of section on different themes, located in different sites, in an organizational effort that I can only call gargantuan  thankless labor performed mainly by Robo[Cluster] and by Syddansk Universitet’s Maersk Institute, with the financial support of Denmark’s Ministry for Scientific and Technological Research, the Region (Fiona), the Township of Odense, the Regional Agency for Tourism, and different private organizations such as LEGO, Fiona Bank, Entertainment Robotics , and so on – realizing an amazing total of seven segments on assorted topics: Robo[Film], Robo[Play], Robo[Trash], Robo[Sports], Robo[Rave], Robo[Camp], and Robo[Prize ].

The overall effort translated into a clear success of public, as official and popular expressions of gratitude and appreciation, especially towards the creator and driving force of the event, Henrik Hautop Lund, became more and more direct and clear. Nothing more to add. A real cultural success – one that, to be frank, we are becoming accustomed to expect from Scandinavian culture, authentic beacon of global civilization.

In fact it is becoming increasingly clear that the relationship between man and robots at the beginning of the 2000’s is equally proportional to the relationship that existed between man and PCs at the end of the 1900’s. So we might just as well start to get used to the idea, culturally preparing our society through a process that, avoiding mystification  abundant in certain genres of literature and cinema, and discernible also in an all-too-often encountered journalistic approach, unprepared and “creative”  may bring elements of a future society in direct contact with the public.

Thinking back of the unfolding of the event, to which I was honored to participate as organization consultant, with the poster design, as member of the Robo[Prize] jury, and co-curator of the Robo[Rave], I realize that it is extremely embarrassing to choose to talk of one event instead of another, or pick one artefact over another, as they were all as important as fascinating.

Nonetheless, I can’t help mentioning those that, rather than more interesting, I would define as staggering. Firstly, the presentation of the new jewel created by LEGO, the MINDSTORMS NXT ( http://mindstorms.lego.com ), an event that doesn’t need any further remarks to underline its magnitude. Secondly, the award of a 10.000 Euro prize to one of the most advanced prototypes of the MIT, Huggable ( http://robotic.media.mit.edu/projects/theHuggable.html ), and the participation of “masterpieces” of modern robotics such as Paro ( http://paro.jp/english/index.html ) e Atron ( http://hydra.mip.sdu.dk ). But also the presence of the very efficient “daily” robots like RoboMover ( http://www.friendlyrobotics.com ), Roomba & Scooba ( http://www.irobot.com ) or the mesmerizing performance presented by the project RobotHand ( http://www.kz.tsukuba.ac.jp/~hoshino ), and by HanSaRam & Robonova ( http://rit.kaist.ac.kr ), or the unparalleled show offered by Start Kick ( http://www.merkur-starkick.de/en/default.htm ), and so on.

A special mention goes to Robo[Rave] , that is, the show within the show. At Magasinet , an old theatre located in the exact center of the town, five shows followed one after the other throughout five hours of entertainment. Two of them were definitely not to miss!.

The first was the riveting performance by Hailie ( http://www-static.cc.gatech.edu/~gilwein/Haile.htm ) daughter of the last project of researcher Gil Weinberg (scientist and musicologist from Israel, MIT scholar, recently relocated at Atlanta’s center for musical research), a drummer robot that gave us an unforgettable jam session (in the real sense of the word!) with the same Gil e Scott Driscoll , one of his trainers and creators.

The second, the RoboMusic Concert , created by Henrik H. Lund in person, in collaboration with the founder of Remix Culture , and winner of the World Music Award with more than a million records sold with his first album, Funkstar Deluxe ( www.funkstardeluxe.com ).

The RoboMusic Concert, which saw the participation of the Italian group eXtraLight ( http://www.xlight.it ), offering a dance performance of rare beauty, elegance, and class, and closing the musical narration’s futurist scenario with a choreography filled with charm and mystery, consisted in an interactive musical composition. Interactive was really the key, as the audience, using devices of various nature and touch, was able to influence, modifying its run-time, the concert being played (meaning melody, harmony, and sound). The entire process flowed miraculously without compromising, as it often happens, the performance’s musicality.

In short, it was a real, significant step forward in the pursuit for interactivity between musician and audience, which pushed the two to formulate an actual theoretical paradigm ( www.e-robot.dk/robomusic.html ), and which, we can bet on it, will soon be followed by more artists.