The Dialogue Of Ics And Ipsilon 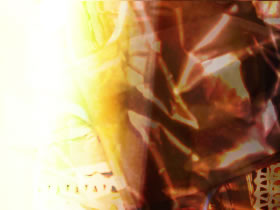 “An interactive system, I believe, can be considered a new type of film; but a film that can be controlled, and that concerns something we wish to influence. And the important duty of a project maker is to imagine this interactive film. Let’s not wonder about the nuts and bolts: what is the dream? ” (Nelson, 1980).

High interactive content representations, shapely objects, suggestive environments have the purpose of influencing the human mind, as if in the context of a motion picture. Reality is painted, actors move between one scene and another, they act and they behave. But who’s really interested in it? The virtuality of a film is what seems to be inside it, but what most matters is: What does it really want to be? This is the most important question a project maker has to ask when thinking about his/her own interactive work. Perceive the way in which a complex sophisticated human comes to dialogue with situations, with the purpose of reaching a certain objective. A rather vague definition, but which allows us to state that many objects can be seen as interactive: the simplest utensil on a table can clearly express how it wants to be used, the interface of the latest simulation software that portrays complex flight situations.

Within this logic the word “instrument” must be broadened: from “tool to do” (tool for the execution of a determined operation of an art, of a trade or of a technique” as in the dictionary under the voice of “instrument”) to “tool for thinking”. Non-visible virtual machine, the digital instrument is without a doubt a “tool for thinking”, proposing “active appearance” that manipulates, transforms and moves information. The result is global, from the motor system to the mind, the whole body is involved in the perception of a real immaterial. But research is in continuous mutation, tightly tied to the technological solution, it offers more fitting proposals to real environments, both in its most concrete vision and in its conceptual dimension.

“The challange is that of creating systems which, through an intimate cognitive interaction with the user, help the user structure and manipulate his/her own ideas. The key to building such a system is that of finding ways in which the user can operate on his/her own ideas as if they were objects”. (Card & Moran, 1988).

Conceptual manipulation must never break away from that metaphorical progress that the virtual environment allows us to create and develop. New “virtuality” that can be a great creative stimulus using the flexibility that digital elaborations can offer us. The screen is a writing desk (desktop), the window is a drawing board ( Digimag06_Lug/Ago05 – “Vetrine interattive e ancora meraviglia ), the picture is a video. ( Digimag08/ott05 “Bitoforms: il re e l’attivista ). Or the same software inside a calculator could riproduce the reality of which we are inspired. In the latter case, and we’ll speak more rightly about mimeses. Such figures strongly help the user of the system with a “conceptual model”. A model developed by the human mind to comprehend the system and its behaviour with the purpose of interacting in a correct and efficient way.

The projecting of such a structure must be studied, nonetheless, remaining strongly conditioned by the subtle but not less important ability of the sensory system to acquire such information. Every gesture is exquisitely rich in meaning, indispensable to the mind in the comprehension of the dynamic traits. These are Indispensable dynamics to define the behaviour relative to the contingent fact. Smelling, hearing, touching are a few of the methods of communication that can accompany any type of behaviour, neglected by mental attention, but well considered by the human unconsciousness when evaluating what is real.

The creation of an interactive system is, therefore, highly complex. It means intersecting apparently different fields: industrial design with electronics, psychology with software making. To be able to do this well the appropriate technology needs to be available, but also with well-founded principles on which to base the guidelines to define a real interactive work. That means redirect each supposition to the consumer, who makes up the end-user, but above all the reason for being.