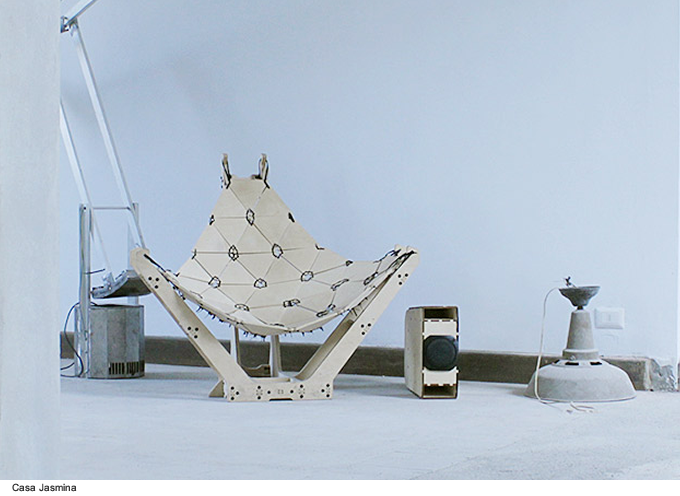 The last June 6, 2015, the doors opened in Casa Jasmina, a unique example of a connected apartment with open-source ideals, promoted by Arduino and curated by Massimo Banzi and the futurist and science fiction writer Bruce Sterling. Casa Jasmina, is hosted by Toolbox Coworking in a old industrial building already shared by Officine Arduino (the Italian Arduino headquarter), and Fablab Torino.

Casa Jasmina is a space of confrontation with Maker experiments, an incubator for concepts and examples, created for design and business in the field of the Internet-of-Things. During the opening, the new space will be open publicly for the first time, with some local Maker furniture, an Italian selection of Valcucine kitchen appliances, household works by International
Open Source designers (OpenDesk, Jesse Howard, Aker, Open Structure), and a small display of various connected objects and artifacts, which might be glimpsed around the home.

Along with the IoT projects, we’ll be displaying home electrical products from the Energy@Home consortium,
Internet of Things artwork from Piemonte Share Festival, and designs and prototypes from the first Casa Jasmina “Call for Projects.” 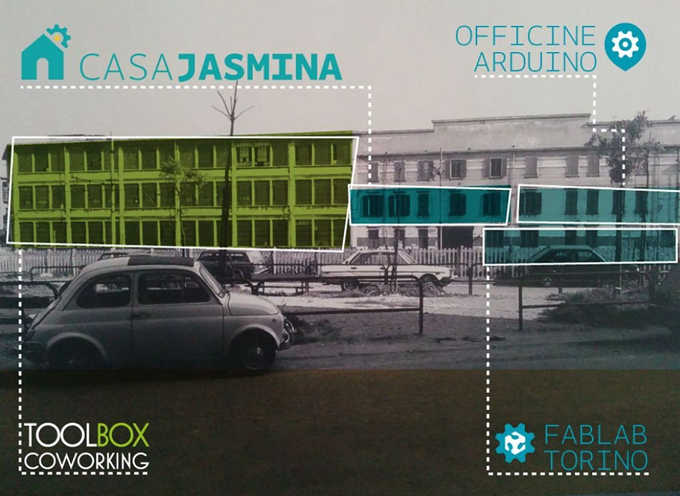 In the forthcoming months, Casa Jasmina will host residency programs, workshops and talks.  This “house of the future”
is not restricted to technicians but is meant for people interested in everyday life under near-future conditions. Casa Jasmina will be available on AirBnB for futurist weekends in Torino.

The opening of Casa Jasmina coincides with the Torino Mini Maker Faire. This is the second edition, a manifestation that gathers local Makers and outside guests for a moment of reflection and dialogue on the Maker Movement. In Torino, they will have public areas, talks, a presentation of the Casa Jasmina project with Bruce Sterling, a kids’ area with activities and a lab for the little ones, and presentation spaces with over 50 Maker projects.