Modern Love (or Love in the Age of Cold Intimacies)

The exhibition Modern Love explores the state of love and intimate relationships today, in the age of the Internet, social media, and high capitalism—an age of what sociologist Eva Illouz has called “cold intimacies.” It probes how the digital sphere, the impact of the technology giants, and neo-liberal practices have transformed love and social relations, and how they have influenced the way we interact with one another.

The accessibility of the Internet to an ever-greater number of people has had both liberating and empowering effects if deployed in the right way. In addition, the dissolution of inter-personal orthodox conventions, social constrictions, and the advent of more open varieties of lifestyles, as well as crumbling taboos and biases around gender and sexuality, have also liberated human choice in matters of the heart.

On the other hand, we also live in the time of what philosopher Byung-Chul Han has called “emotional capitalism” where human emotions have been co-opted by market forces. The dating supermarkets of Tinder and Grindr, “speed dating” and the ease of internet exchange—apart from offering possibilities—have also hollowed out relationships and led to selfish or narcissistic forms of behaviour and misleading images of the self, making it ever more difficult to establish what is real, meaningful or true. 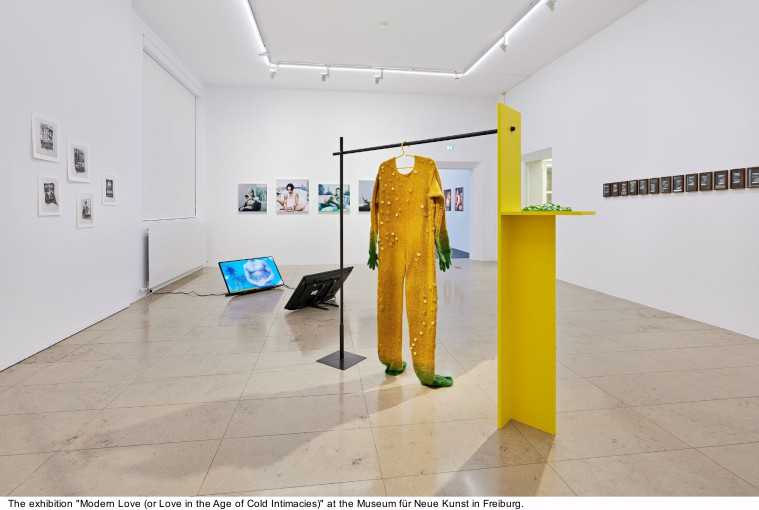 The exhibition thus looks into how, on the one hand, the Internet has liberated non-heteronormative sexual identities and given them free space for expression, especially in societies where queerness or non-binary sexuality are considered taboo, or even forbidden. It also explores the human pathologies associated with the commodification of emotion and the effects of digital dependency on relationships, as well as the issues that arise when the boundaries between the public and private, as well the virtual and the real become increasingly fluid. The Covid-19 pandemic and physical distancing have added another challenge to fulfilling human interaction.

Time, physical interaction, openness to the other, selflessness, empathy, patience, and tolerance are some of the key components in the practice of love—these are very often hampered by virtual communication. The current widespread narcissistic culture of incessant self-promotion, arch-individualism, self-love, the increasing “performance of the self,” and workaholism are perhaps some of the reasons why so many people feel alone today, despite their many “friends” on Facebook and Instagram followers.

Frustrated by false expectations and digital “experiences,” crushed by information overload, digital fatigue, the peer pressure of social media, the obsession with appearances, fear of failure or invisibility, standardised benchmarks for beauty and success, lack of time, and the anxiety of uncertainty, it is unsurprising why. 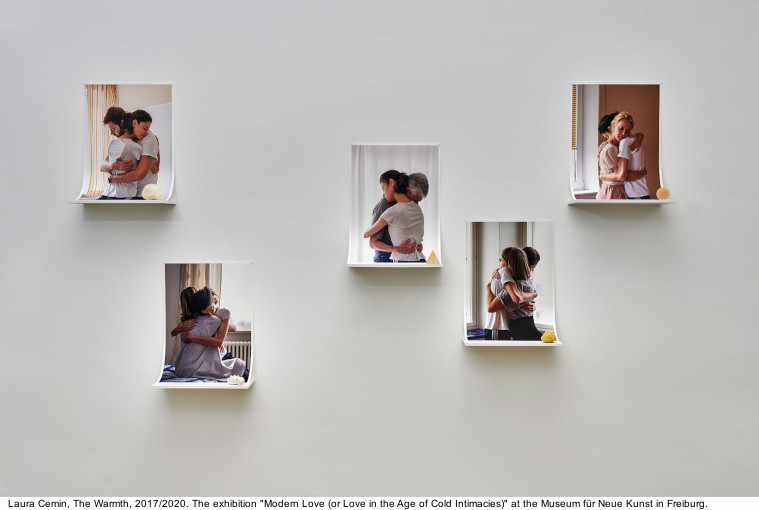 Modern Love explores love and intimate social relations within the complexities of the ever-interconnected networked, digital world with a view to prompting their reconsideration. It is as much about individuals, as it is about the systems of control that bind them together. Equally, it is about new societal patterns and the challenges as well as possibilities that the Internet and social media present.

At a time of increasing alienation, individualism and loneliness—symptoms of our world’s increasingly urbanised lifestyles—how can we reclaim meaningful intimate relationships and love as a potent emotional force and intense psychological bond between people that gives meaning to our lives in ways that no other interaction, ‘object’ or experience can? How can love be rescued from the claws of capital and the corporate technosphere? How can one resist the instrumentalisation of love and its superficialisation and banalisation by commerce and social media?

Modern Love looks into the pathologies and problems afflicting love and matters of the heart today, and it tries to help us imagine a way out of our current alienation, emotional sterility, and loneliness.
Katerina Gregos.