This first exhibition in Portugal of influential New York-based British artist Liam Gillick (1964, Aylesbury, UK), Campaign, has been conceived as a series of changing sculptural interventions in the galleries of the Serralves Museum. The exhibition reflects Gillick’s long-standing engagement with questions of process, participation, collectivity and decision-making.

Gillick presents a progressive overlaying of spatial and performative situations that elaborate previously realized and unrealized sculptural projects dating from the late 1990s to the present. Including sound, sculptural and text-based works that have existed as early prototypes or sketches but never produced on the architectural scale for which they were initially intended, Gillick’s choreography of space, objects and ideas poetically addresses themes of time, as history and duration, and the visual and spatial codes of the social.

Factories in the Snow, on view since January 2016, served as an overture to the exhibition. Originally conceived by Gillick for Postman’s Time, curated by Philippe Parreno and Hans Ulrich Obrist for the first Manchester International Festival in 2007, the work comprises a Disklavier piano that plays Gillick’s recorded attempts to recall the melody of the song “Grândola, Vila Morena,” associated with the beginning of Portugal’s Carnation Revolution in 1974; and artificial black snow, that is a poetic meditation on individual and collective memory. 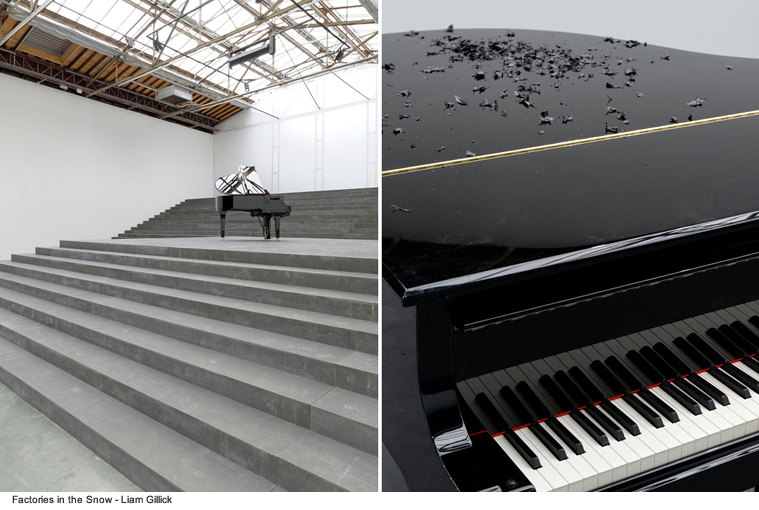 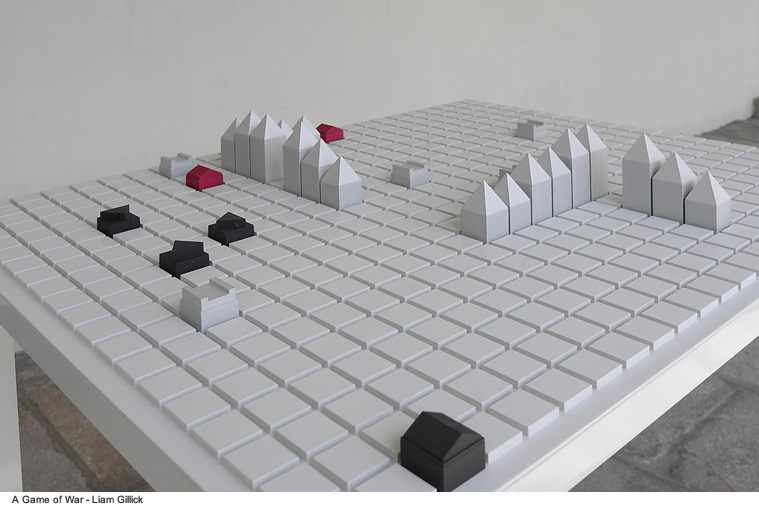 From April 9, Gillick presents a large version of his Milan House (AC/DC and Joy Division), titled Scale Model Of A Social Center For Teenagers For Milan 1993 (Porto). This social centre for young people was Gillick’s response to his first public commission in 1993. The artist wrote about this unrealized project: “In response to an invitation to propose a public art project anywhere in Italy I designed a house to be built in Milan…The house is conceived as part of a social centre and car-parking scheme in the south of the city. A landmark that is sign-written with various song titles that will inevitably be modified by users of the building. The architecture is in keeping with the surrounding area yet the surface decoration and large scale mark it out.”

In May Scale Model Of A Social Center For Teenagers For Milan 1993 (Porto) will be transformed into a transparent frame for text and sound. It will be accompanied by a second large-scale installation titled A Game of War (Terrain). In 1977 French situationist Guy Debord founded the company Strategic and Historical Games, with the goal of producing a “game of war” updating military theory to take into account changes in communication and strategy. Gillick expands upon Debord’s Kriegspiel-type game designed to be played by two opposing players on a game board of 500 squares arranged in rows of 20 by 25. 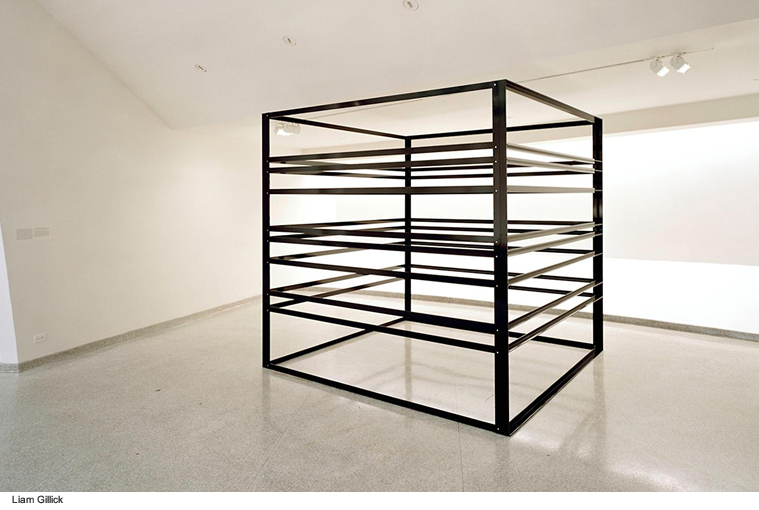 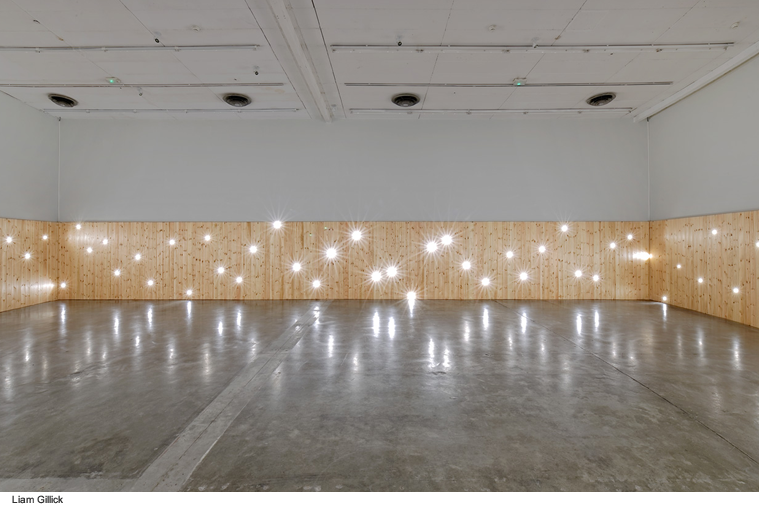 The fourth and final moment of the exhibition, to be inaugurated in October, culminates in a set of interventions in the existing architecture of the museum. A series of site-specific “Discussion Platforms” will be created making use of the existing skylights that have been illuminating the preceding works of Campaign.

A programme of public discussions is planned to run over the course of the exhibition. A conversation between the artist and Suzanne Cotter will take place on April 9. Campaign will be accompanied by a fully illustrated publication documenting its four moments.