The Forces behind the Forms. Geology, Matter, Process in Contemporary Art

Are we now really living in an environment that is completely dominated by human influences? This widely conducted discussion recognisably raises awareness for nature and the forces behind its manifestations—as well as for the consequences of our actions on the environment. Increased attention has been focused in recent times on nature and on the history of the earth in particular.

This interest is not only expressed in the catchword of a “geological turn” coined by cultural studies or in the potent thesis of the Anthropocene—an only recently defined geological period in which humankind is declared to be the determining geological factor—but also in the field of art.

The exhibition The Forces behind the Forms — the title goes back to the artist and geologist Per Kirkeby — features twelve international artists who occupy themselves with nature’s formational forces. 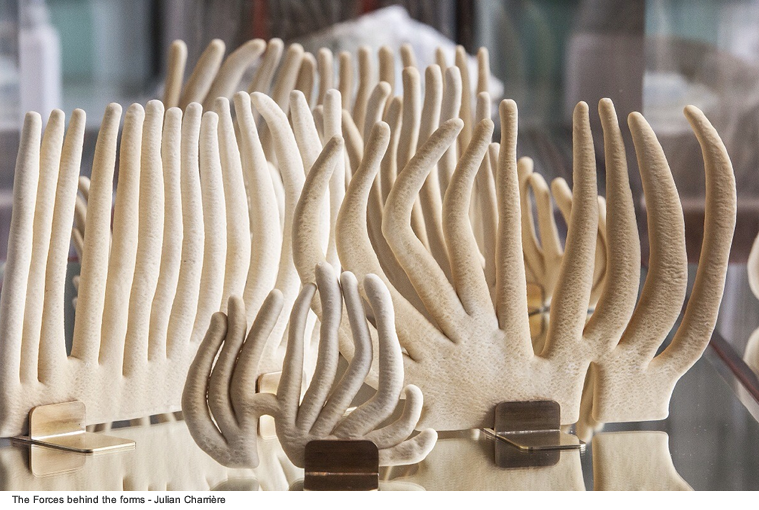 The show motivically follows a path through the natural environment, from the core of the earth and structures of the organic by way of the mineral kingdom and the grain of sand, to rock and lava, water and ice, electricity and oxygen. The exhibition, however, is not concerned with the mere illustration of natural phenomena; the artists instead employ the transformational potential of materials in order to also make inroads into social and spiritual dimensions.

Julian Charrière, for example, creates a speculative geology of the present day. In the installation he developed for the exhibition the artist melted lava and electronic scrap material—vestiges of our digital technology gained from rare earth metals—and processed them into new conglomerates. His attempt at melting an iceberg with a blowtorch, which is documented in photographs, is both a commentary on global warming as well as a juxtaposition of human and geological time.

Other works in the exhibition likewise draw their tension from the confrontation of human temporary time with geological deep time, for example those by Ilana Halperin, Katie Paterson, and Giuseppe Penone. Halperin makes use of volcanological and geological processes to produce her sculptures and to address the possible connections between organic and inorganic material. 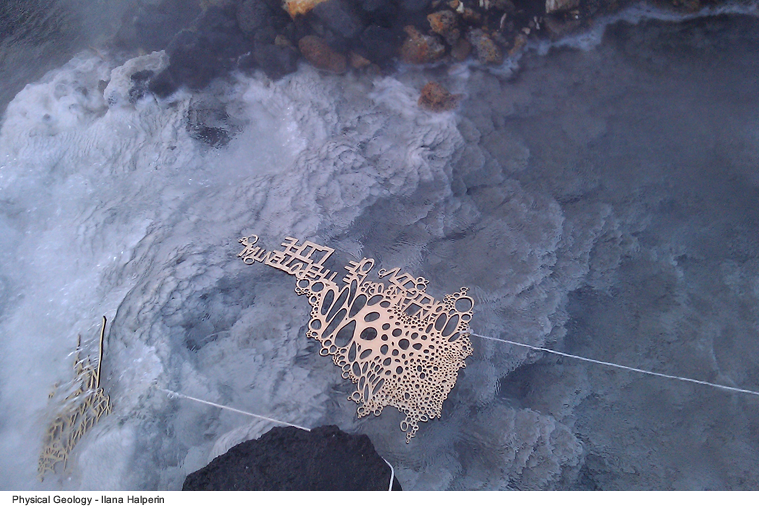 The link between the physical dimension of the human being and the earth is also brought to bear in Hans Schabus’s gestures of burial below ground while George Steinmann’s drawings and photographs that veer between documentation, social commitment, and aesthetic treatment deal with the destructive side of raw material extraction.

Whether as universal ciphers for the living, as in the case of Jens Risch’s knotted works, as the recording of landscape structures recognisable in the works of Jonathan Bragdon, Per Kirkeby, and Olafur Eliasson, or as the complex reflection of our affluent society’s conditions of production in the recently made sculptures by Roger Hiorns, the pieces in the exhibition share a common sensual material quality as well as being a reflection of our dealings with the environment—and thus ultimately with ourselves.

The works by Nina Canell, finally, are situated at the boundary of perception. She translates physical phenomena such as the flow of energy or the supply of oxygen from concrete into immeasurable dimensions, explicitly or implicitly producing connections to the human body and its perception. She has conceived a site-specific installation for Krefeld that enters into a tension-filled dialogue with Yves Klein’s Le Vide space that has been at home in Haus Lange since 1961. 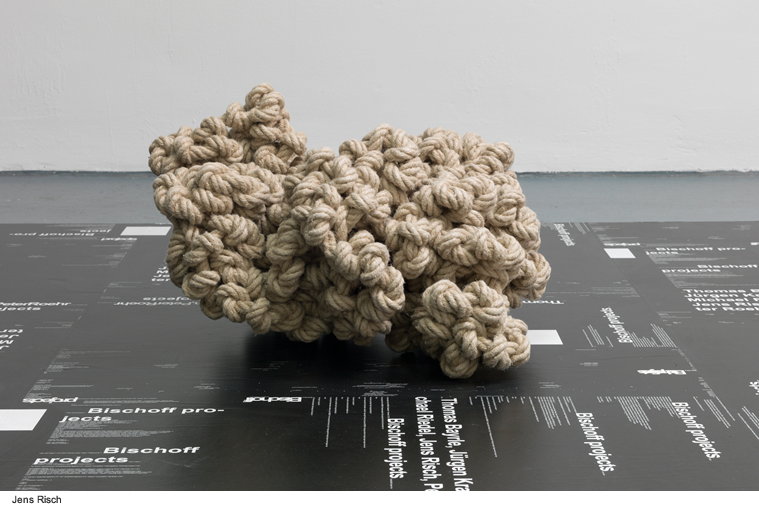 The exhibition is accompanied by a publication featuring numerous essays and an extensive illustration section.