Chronicles of the Future Superheroes, the cumulus of technologic and artistic mechanisms

Kunsthalle Bega is an alternative and experimental space founded in Timisoara (Romania) in 2019, where contemporary art is thought, discussed and exhibited. Dedicated especially to young artists from Romania and the world, Kunsthalle Bega is aesthetically and socially interested in the platforms of contemporary art museums. Every year, following consultations with a specialised jury, it offers an award—the Bega Art Prize—to a Romanian curator under the age of 40 who has managed to change the rules of curatorial perception.

The first laureate of the prize was Anca Verona Mihuleț who over the last two years has been preparing a complex exhibition project titled Chronicles of the Future Superheroes, dedicated to the cumulus of technologic and artistic mechanisms that validate our understanding about the future—whether we talk about artificial intelligence, economic competitiveness, emotional transformation and the ability to share, paranormal phenomena or forms of adapting and transforming the identity. 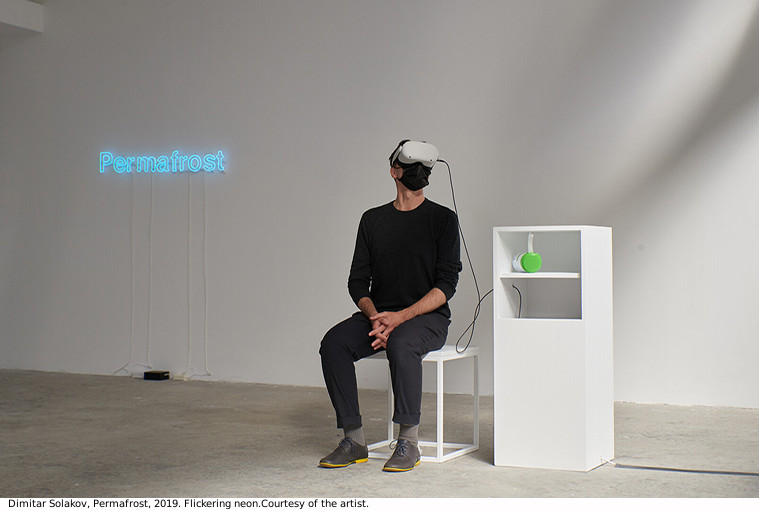 Featuring twelve artists from Bulgaria, Croatia, France, Romania, South Korea and UK, the idea of the exhibition Chronicles of the Future Superheroes departed from the book Danielle: Chronicles of a Superheroine by the American inventor and futurist Ray Kurzweil, which follows a young woman’s efforts to solve major global problems through knowledge and technology. The positions presented in the exhibition are the result of hybrid practices, at the borders between visuality, architecture, choreography, engineering and performance. Equally, the exhibition outlines the idea of ​​a meta-community located outside of the global dystopia, at a point where geographical regions (the Southeast Asia and the Southeast Europe) and digital channels intersect, sometimes creating chaos and, in other circumstances, a stability as contagious as it is oppressive.

Chronicles of the Future Superheroes acts as a device aiming to analyse the function of art in relation to a young audience that is looking for answers to questions about the passage of time and aging, the future of the planet, the relationship with the unworldly or the balance between the local and the global. The program of performances and workshops is focused on the connection between the individual and the community, while the architecture of the exhibition space informs this working formula.