The God Trick: a symposium and a group exhibition relating to the Anthropocene issue.

PAV Parco Arte Vivente presents The God-Trick, a group exhibition curated by Marco Scotini, with which PAV aims to celebrate the ten years of its opening. The exhibition will open in conjunction with an important international conference. Starting with the work of artists who have collaborated with PAV in the past or, in other words, Lara Almarcegui, Michel Blazy, the Critical Art Ensemble, Piero Gilardi, Bonnie Ora Sherk and Nomeda and Gediminas Urbonas, the goal of both the exhibition and the conference is to address (and, furthermore, see as an issue) one of the debates which, over the past few years, has been to the forefront of the international, contemporary art scene: the questions relating to the Anthropocene.

This will be a pervasive and choral debate crossing most diverse ambits of knowledge. From science to cultural studies, from philosophy to sound practices, from politics through to the visual arts, a multitude of voices have created a complex interweaving of opinions, theories and pragmatic proposals, beginning with the urgency created by climate change and the environmental modifications of an anthropogenic matrix.

The exhibition takes its inspiration from one of the central figures of the debate such as Donna Haraway. Known by most as the mother of Cyber feminism, Haraway has tried to disarticulate every conventional approach to reading the Anthropocene, eventually formulating workable alternatives and metaphors laden with narrative and generative power. 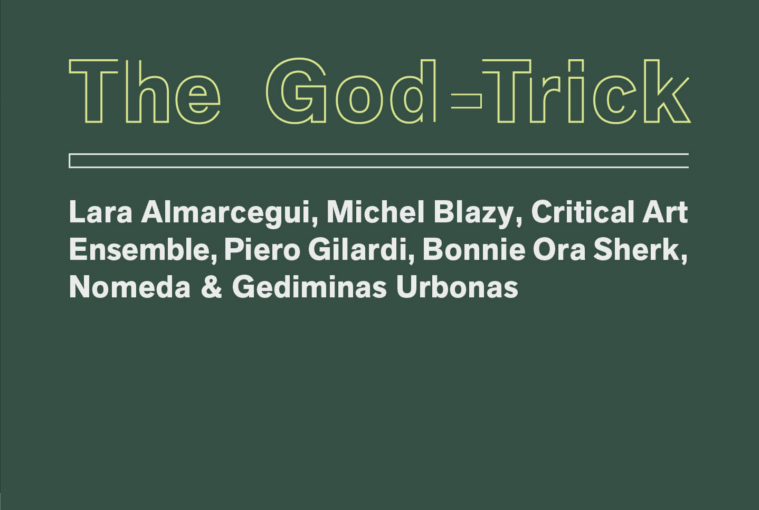 Haraway wrote: “We also don’t want to theorize the world, much less act within it, in terms of Global Systems.” On the contrary, this means subjecting any kind of claim to the “objectivizing” of the real to a detailed and prompt exercise of deconstructive analysis, of doubt. This exercise would reveal that which Haraway provocatively defines as “the God-Trick”: a trick based on the illusion of eliminating the body of knowledge.

For Haraway, knowledge is always situated knowledge, implanted within and from within a body whose ability to experience things is always determined by a precise burden of memory, a precise burden of history. In turn, this subject, has also been addressed by Jason W. Moore, in relation to the opposing elements of humankind/nature.

From the invitation to Haraway’s situated knowledge, The God-Trickexhibition’s path unfolds: beginning with Nomeda and Gediminas Urbonas’s experiments into alternative energy, by means of the documents relating to the Folk Stone Power Plant. To this is added a relational and collective analysis of the waters with which the Critical Art Ensemble questions the organization of our choices in ecological terms. 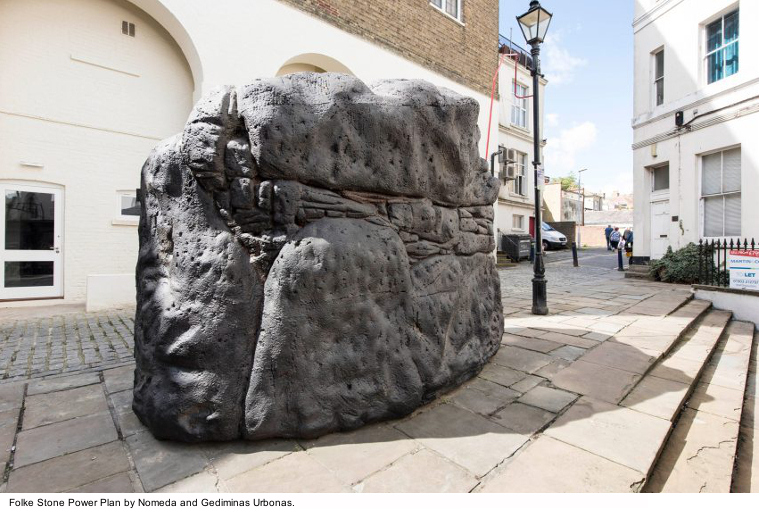 Lara Almarcegui will be presenting an unpublished formalization of the work Scavo, made at the PAV in 2009, in which revealing the different strata of the earth meant analyzing the past of the area under investigation. We then arrive at the pedagogy of Bonnie Ora Sherk’s Living Library, a systemic framework and methodology for planning the “ecologizing” of specific areas.

The exhibition ends with the large external interventions by Michel Blazy and Piero Gilardi. Where Blazy uncovers the unexpected marvels of which nature is capable in its reclaiming of the areas which humankind has appropriated, Gilardi proposes a labyrinthine path aimed at supporting us through the equally labyrinthine perception of the environmental crisis and climate change.

All these works have the role of reminding us that there is nothing natural, nothing objective, nothing inevitable about the processes of capitalist accumulation, thereby encouraging us to go beyond the confines of thoughts that prevent us from seeing any alternative to the system. Alongside the exhibition’s display area, the subjects proposed by the artists will be at the center of a discursive space articulated over two days of symposium. 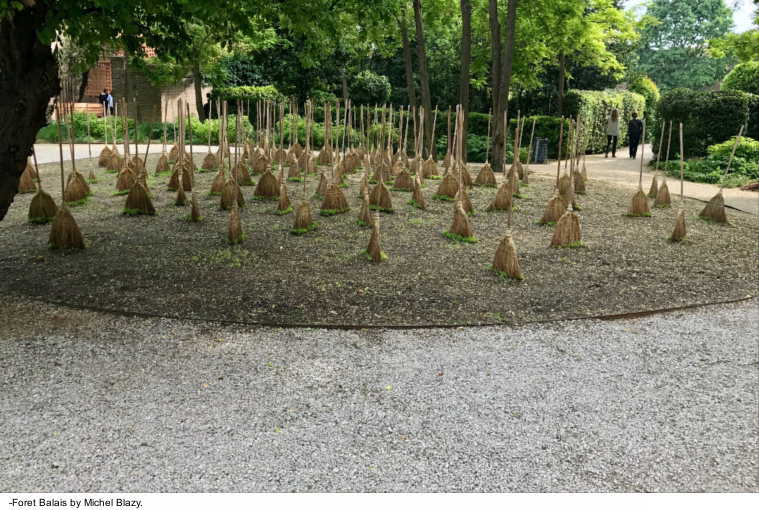 The aim, once again, is to tackle crucial issues head-on: how much time do we have left before the eco-systemic crisis becomes irreversible? By means of which social, political and cultural norms can we kick-start the profound transformation needed to create an equal and bio-centric society? The symposium and the exhibition are supported by Compagnia di San Paolo, Fondazione CRT, Regione Piemonte and City of Turin.