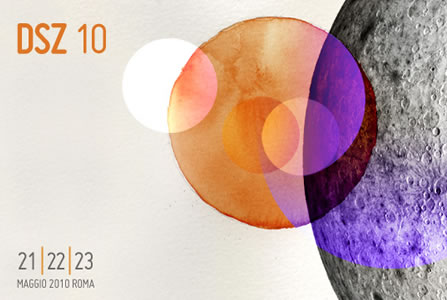 Important moments of retrospect, to be celebrated with awareness. Dissonanze arrives at ten– ten years, ten editions – and does so offering a line up that really is the best of geographic maps for orientating oneself in the times and styles that have sketched the cultural imagination of contemporaneity.

It’s not a question of world famous DJs (which there are), of Live sets on the level of absolute cult (which will not be missing), of emerging producers (who are an essential presence), of courageous experimentors (who are usually the DNA of the festival): in 2010, the Roman festival celebrates itself, giving the gift (to itself and the world) of a journey that draws up, as never before, primary coordinates that are absolutely fundamental.

For someone like Jeff Mills who, far from any shred of commercialisation but with a following that is impressive, to say the least, is without doubt the most adored spokesperson on the planet with regard to techno at its most pure, sublime, extreme and visionary; there is, on the other hand, the intensely emotional and poetic force of Gil Scott-Heron: enormous and hardearned charisma, a very complicated life, but also a series of infinite soul milestones since the
seventies, in which music, literary suggestion and painful social consciousness were exhaled with class and devastating intensity. There we are: this coupling is enough to describe the past, the present and the future of our universe as it refers to aesthetics (and ethics).

As it would be enough to say, simply: Plastikman. Richie Hawtin resuscitates his most charismatic alias and in doing so, prepares a live set that is monumental, that will have very few appearances in the world – one of which will be Dissonanze 10, an Italian exclusive.

It is impossible, however, not to cite the prodigious inventiveness of Jamie Lidell, the artist who managed to put together electronica, Dadaist experimentation and timeless melodies (capable of seducing someone like Elton John in its time, just for example), or the explosive disco-funk wanderings of The Phenomenal Handclap Band (the group that Franz Ferdinand wanted with them as an opening act on some dates of the last European tour). 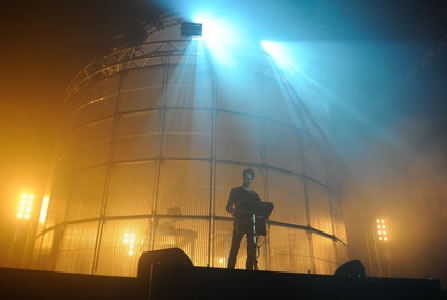 Another essential part of the 2010 line up is the adventure in the middle of the new dubstep sound, or where techno allows itself to become mutant, vivified by abstract and at the same time, carnal suggestions, deeply physical: Shackleton, Martyn, King Midas Sound, Darkstar, but also the craziest and most psychedelic drifts, like that of Gonjasufi and Nosaj Thing or the infinite class in the Electro key of the hero of the house Marco Passarani.

If, on the other hand, one wants to concentrate one’s attention purely on the dancefloor and on the techno-house inflections, the guiding criteria speaks, nonetheless, above all of quality and elegance: Joris Voorn, Seth Troxler, Pantha Du Prince (the Electronic producer who was desperately wanted by Rough Trade, the label of the Smiths and thousands of other fundamental Indie Rock projects), Mass_Prod, the immense charisma of Moritz Von Oswald Trio. Without obviously forgetting those who, in recent years, have fired the flirt between boxed hyper-contemporaneity and the most funky and irregular “damned” New York sounds of the early eighties (Rub’N’Tug, Tim Sweeney).

In the background of all this: the beauty and uniqueness of the location (Palazzo dei Congressi in Eur, the Chiostro del Bramante, the Ara Pacis and the Room 26) embracing the whole multidisciplinary and courageously experimental approach, which this year is entrusted to Ben Frost (already a close collaborator of Björk), Edwin van der Heide, Black Fanfare (aka Demetrio Castellucci), Nico Vascellari, Assume Vivid Astro & La Chatte and Quayola. Nothing is left to chance, everything is precious, also thanks to the support of the “Assessorato
alle Politiche Culturali e della Comunicazione del Comune di Roma” – the Council Office for Cultural Politics and Communication, Municipality of Rome – and of the other partners: Dissonanze arrives at ten and is honoured to bear this responsibility.