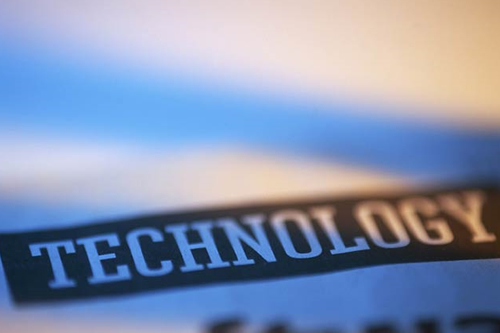 “A new innovation in medical software”, “Innovation is the hearth of everything we do”, “The House of Innovation”, “Our innovation is back”, these are the slogans that some multinational companies chose to draw attention to a key element in contemporary society: innovation.

Umair Haque, director at Havas Media Lab, states that the word “innovation”, if not supported through economic sustainability practices, “feels like a relic of the industrial era”, whereas Clayton Christensen (professor at Harvard Business School and founder of the consulting agency Innosight) in his latest text Seeing What’s Next  Using The Theories Of Innovation To Predict Industry Change offers a convincing synthesis of the main innovative theories, obviously starting from his own theory of Disruptive Innovation, which appeared in the influential text “The Innovation’s Dilemma”, and also covering the innovation of the resources, of the processes, of the value chain, as well as the school of experience and the emerging theories on motivational ability.

If by innovation one means the ability to improve a system through the introduction of an improving element, enterprises start wondering about the magic recipe to become an innovator, and above all, about how make the make most of it on the market in order to gain the much sought -after “competitive edge”. Howard Holds (Chief Technology Officer at Computer Sciences Corporation), in his essay What Innovation Is.. How Companies develop Operating Systems for Innovation asserts that the innovator is an “obsessive problem solver” and that very often, innovation is the result of a deliberate recombination of ideas, people and objects of the past that light up like a spark and produce new technological solutions, after having sought effective concepts and business models.

Holds states that the time has come to abandon the language of discontinuity that accompanies innovation (innovation as “revolution”, as a “break with the past”) and go back to the concept of “incremental innovation”. Innovation is neither constant nor fluctuating; it is rather an endless sequence of problems to solve, either alone or in a team. “Innovation is a systematic and systemic search, supported by predictable and scientific methods, to reach solutions beyond the current state-of-the-art. Along the way, the achieved solutions or inventions are the activities that generate value for customers.” so Holds in a topic passage of the text.

An interesting scientific contribution is supplied by J.D. Jonathan and D. Linton from the Telfer School of Management of the university of Ottawa. In an essay that appeared in “Technovation” (Issue 11, November 2009) under the title De-babelizing the language of innovation, the two authors point out that the language of innovation is thriving and rich, but it often turns out to be misleading, rather than clarifying, because it is rife with contradictions, repetitions and concepts that have been strategically developed in the framework of corporate communication. Jonathan and Linton have developed a model with a higher heuristic content, which sheds light on innovating experiences and better illustrates the features of a successful and unsuccessful innovation.

In order to achieve this it is necessary to take into consideration the temporal perspective of such experiences, by collocating them on two axes: the technological impact as independent variable on the x axis and the social one as subordinate variable on the y axis; the analysis units are the inputs (the requests for innovation) and outputs (comprehension and the receptivity) of such innovative framework. The model is similar to the one suggested by Abernathy & Clark in 1985 in the contribution published on “Research Policy” (Issue 1, 1985), under the title Innovation-mapping the winds of creative destruction, Research Policy.

The two axes aim to supply a structure to the language of innovation, which features different languages and lexica. While in the technological innovation the players are mainly companies and economists, therefore the language insists on the concepts of process, products, optimization and clients, the sociological innovation is the language of politics, of sociologists and geographers and it is more concerned with cities, regions, nations, peoples. The linguistic and conceptual difference also entails different perspectives and methods of analysis. If innovation is placed close to the origin of the axes, it will have little chances of success, both in terms of technological and social impact. If, on the contrary, it is placed at a higher x and y value, it may enjoy remarkable success.

In some cases, though, a technological solution can be socially perceived as innovative, but it may be received coldly by the technological world and vice-versa (for instance the innovation in the framework of welfare to the detriment of the economic policies of rationalization).

Innovation implies adaptation in terms of competences and practices, which can be received positively or negatively on one of the two axes according to the efforts that have to be done in order to adopt such innovative elements. It may indeed occur that an organizational structure welcomes the change deriving from an innovation, because the perceived benefits exceed the adaptation efforts, whereas, for another company innovation may turn out to be unfavourable, because it requires a radical reorganization.

It is therefore necessary to rethink the parameters used to evaluate innovation: in the corporate language the performance potential is often the yardstick, but this may result in a failure of the whole innovation chain. Not only is it necessary to take into consideration the entry requirements for a given innovation, that is the requests for improvement, but also the output factors and the uncertainties that such innovation may imply, an important element that is often neglected in the processes of reception of innovation. Hence the paramount role played by communication in the innovation process. Success and failure scenarios have to be as clear and widespread as possible, so that the benefits and threats that an innovation may entail for a system can be evaluated a priori.