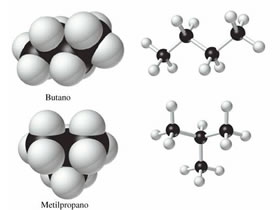 As my activity in the theoretical and academic field often involved introductions to Polymorphic Intelligence, I have been developing a series of paradigms and examples to help the reader or the listener understand (if not feel) the deep link between psyche and the cognitive styles of individuals on one side and the simple/advanced technological functions of modern computer science on the other. Among the many models one of the most popular – probably because it manages to approach the different kinds of sensitiveness among the audience – is what I call the Darwinian Composer.

The idea and the intention of defining the Darwinian Composer first came as a necessity for academic teaching. Some of my colleagues and I (I’m especially grateful to Maurizio Masini for the brilliant discussions on the topic) had been noticing that the number of students handing in papers composed by Copying&Pasting was growing exponentially, and reaching almost 100%. The first reaction included a feeling of betrayal, but soon I started feeling rather optimistic about it. As time passed by I had noticed that, in spite of this new method, the differences among individuals remained completely unaltered. Basically, not only it was still possible to distinguish and evaluate the abilities and cultural background of the single students but in some cases the paper actually seemed to gain intellectual value.

This, together with the subsequent understanding that this method was spreading among colleagues and people of my same age and the certitude that in the future it will have involved basically every writer, lead to the idea of exposing this condition by defining the Darwinian Writer, the one who uses texts found around the world – especially on the Internet – mixing the order of sentences and concepts.

The image attached explains in simple terms the process of Darwinian Writing. There is an infinite quantity of digital texts and sentences located in several places which can be accessed (CD, DVD, WWW, etc). The Darwinian Writer accesses these resources, reads them and decides to re-compose a logical sequence to fit his/her own needs and narrative context, using the sentences as if they were chromosomes making up a genetic code, thus – just like in the evolution of the species – widening the chances of reproduction of this “literary chromosome”. Another contribution to this writing process comes from the notorious genetic Crossover, well represented in computer science by the Cut&Paste technique used by the Darwinian Writer to make some order in his text as far as the logical and chronological sequence of phrases is concerned. The Darwinian Writer also introduces original sentences – written by himself – in order to tie together and smooth the rough edges of the descriptive logical process. In Darwinian writing, these are but the “mutations” as referred to by the evolutionary theory.

This process can be witnessed on two different levels (as remarked by Donatello Bianco – a long-time expert of applied computer science). The first is molecular, the point of reference being the single word (much more popular at the beginning of the computer age). The second is macromolecular, it involves whole sentences or paragraphs.

In a way, it seems that the evolution of operative interfaces (editors) affects the methods of the Darwinian Writer. While in the past it was common to use a combination of the atomic elements of language, the process has now switched to the “protein” level, changing the “Building block”, moving from the chemistry to the biology of literary composition and blending them together.

Anyway, once this definition/conviction was stated, its truth from the intellectual point of view proven and both its intellectual importance and its “popular truth” were confirmed, I came to the conclusion (also thanks to the stimulating conversations with Andrea Gabriele) that this process and its definition could be extended to any domain of composition (or creativity, if you allow me the expression) in the present and in the future.

Beyond writing, this process finds ground for application in the field of musical composition (for instance, the so-called remixes, which exploded in 1999 with Bob Marley’s “Sun is Shining” version by [Funkstar De Luxe] and which constitute the core of most of the contemporary pop music production), video productions (all video-remixes, made popular in Italy by Blob, a TV show aired since 1988, and which have reached global proportions through YouTube), graphics (both commercial and artistic), shortly, all creative compositions on digital supports. Basically all of them. Obviously, the usage of this method grew peculiarly strong in the forms of creation which develop in the field of computer science itself and that by nature assume different new features. For instance: slideshows, software programming, creation of multimedia products and multimedia presentations, etc.

This very consideration lead to the necessity of defining Darwinian Composition and therefore the Darwinian Composer, (re)locating into one single paradigm a method with its own characteristics and peculiarities, applied to so many disciplines (and authors) that it just needed its own visibility and individuality, thus its legitimation.

Some may object that the combination and the manipulation of texts, music and other forms of expression – even though “by hand” or “by heart” – have always been a part of the human approach to composition. On the contrary, I think that the Cut&Paste method, besides being based on a different cognitive style and presenting unequalled immediacy (think of Drag&Drop) offers a potential unknown and unexplored in the past. Cut&Paste seems to push forward the cloning technique, giving it the strength and the “critical mass” necessary to turn quantity into quality.

Others may doubt that this process can lead to the exposition of some (genetic) branch of human creativity. Besides being sure that this mechanism does not really reduce the number of the potential available combinations, I think that some peculiarly creative minds will be finally able to access syntactical and semantic reserves (be it linguistic or in the sound field, etc.) they were previously prevented from, thus managing to enrich the world of ideas through original and innovative creations.

I also think there’s a chance that this process (also because of the potential and actual multimedia features) triggers new forms of composition. A so-called avant-garde. There is a significant chance that this method, not too difficult to encode and decode, can be duplicated and applied in the field of A.I., which is already happening, thus giving life to real “Artificial Darwinian Composers”.

A first attempt towards the creation (not in terms of A.I. but as far as the impact on the media is concerned) of Artificial Darwinian Writers is represented by a software developed by marketing professor Philip M Parker, which allowed its creator to publish about 85.000 titles in five years.