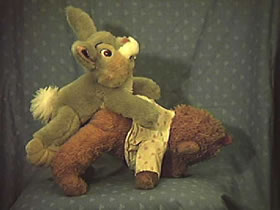 Ever since it was produced legally, and gave life to a market of its own, pornography has gone through two epochal turns, caused by the introduction of technological tools that changed the way it is used, its formal canons and distribution strategies.

Sergio Messina, musician, journalist, producer. His latest research brought him to explore, from an anthropologic and aesthetic standpoint, the web’s pornographic imagery, a genre that started to come around at the end of the 1990’s. The term Realcore comes from the fusion of the terms Softcore (completely simulated sex) and Hardcore (real sex performed for the camera), used to describe pornography. But the term realcore goes a step beyond, describes the production that comes from real people with real desires, doing real sex, and not just for the camera.

In his showing, recently opened, on October 27, at Amsterdam Transito Festival, Messina reveals his impressions and considerations on this phenomenon. A practice where new technologies combine with the sexual desires of common people, regardless of who they are. Chatting with Sergio I tried to outline a few traits of realcore.

Tiziana Gemin: How did this research of yours come about?

Tiziana Gemin: The images from the realcore world are characterized by a low resolution due to the use of non-professional technologies, the recurring presence of subjects that don’t necessarily fit in with shared aesthetic canons, and unlikely locations. Can you tell us where this imaginary comes from, and describe some of its characteristics?

Sergio Messina: Two fundamental events allowed the current situation to develop. First, the digital camera, which arrived on the market around 1995, and has become, ever since, increasingly widespread. Second, the availability of spaces where this material could circulate freely, and that would be the internet. With these two things people were able to produce and distribute their own personal pornography.

In the realcore imaginary we see the celebration of physical diversity. And this is even clearer as we compare mainstream porn subjects and realcore subjects. But there’s much to say about location, too: realcore subjects usually perform in their own home, communicating the idea of people in their own environment. Personally I love this almost-documentary aspect of realcore  the fact that in a picture like this one can retrace a story of the place. And even though sometimes the environment is very identifiable, the owner doesn’t really care that much, as if the concept of private in public weren’t about naked bodies only, but also concerned a home left naked and exhibited. Sometimes this feeling is very tangible.

Some photographs look like Duch paintings, where a lady is portrayed surrounded by the status symbols of her wealth. In other images you can see unexpected details, like grandchildren photographs in the background, baby bottles, Christmas gifts  because the person who took the picture didn’t really know what he or she was doing. Technically at the root of the realcore photograph there are a few recurring rules, such as the presence of a photo camera in the scene, or, for videos, long, uncut sequences, to show the realness of what is going on.

Tiziana Gemin: Could we safely say that the purpose of creating a realcore image is to document reality?

Sergio Messina: In amateur photographs it’s never beauty that counts, but rather the intention, and documenting the intention requires a special technique, meaning that you have to film or photograph in such a way that it’s clear that it’s all real. It’s the old difference between “Independence Day”-style movies, the ones you watch knowing it’s fake, not expecting it to be real, and just enjoy the special effects, and “Fahrenheit 9/11” movies, which I wouldn’t appreciate as much had it been done with an actor playing Bush. The beauty of it is seeing Bush in person, his actual faces.

Tiziana Gemin: Realcore owes its birth and spread to the use of the new technologies, which have clearly influenced the public in terms of social and behavioral practices. Are those who publish these images aware of this digital culture aspect that lays behind it?

Sergio Messina: Those that produce realcore material use the “tools of the trade”, but they do it entirely involuntarily. They are not aware of the digital culture aspect and the socio-political value of this. And I know this because I have corresponded with many of these people. According to the thesis I sustained in a presentation at Ars Electronica, amateur sexuality and the free exchange of images on the net perfectly incarnates the ideals of those who invented the Internet. It’s special interest groups, gift economy, file sharing, digital lifestyle, online life, online interfering with off-line, and vice-versa. The individuals that produce realcore are what Derrick de Kerckhove would want the world to be like: they’re the first to have “planted their flag” in the digital world. I fully agree with this way to look at it. We expected Nietzsche’s super-man, and instead what we get is a fat man naked. It’s very interesting.

Just to give you an example, a typically digital thing is the “tribute”. This is how it works: I take a picture of myself, then publish my picture in a newsgroup with the subject “tribute please”, and then I find a tribute by some viewer. So what happens is that somebody printed that photograph, “used” it, physically interacting with it, then took a digital picture of the object in question or himself as he interacts with it, and re-posted it within the same newsgroup. An interchange between digital and real, back to digital again. A very modern thing to do. Digital people!.

Tiziana Gemin: The viewer, then, can go from being passive to playing the protagonist, and can turn its private actions into public. Do you believe that interactivity is one of the factors that make this phenomenon all the more appealing?

Also, only Internet could allow certain things, as the net has this factor that we have come to know of instantaneity and anonymity: you can meet others through this powerful medium, and then what you have in your head becomes a bit more legitimate because there’s other people with the same thing in mind. If your sexual fantasies are complex, it gets hard to deal with them without the net: if for example you fantasize about being somebody’s pony, and you live in a small town, it’s not like you can go to a pub and tell the first person you meet “I’d like to be your pony”. With internet, on the other hand…

Tiziana Gemin: I heard you say about realcore: “Pornography lies in the eyes of the beholder”. Can you tell us what you meant by that?

Tiziana Gemin: Do you believe that this type of free-circulation has had any sort of effects on commercial pornography? Are professionals somehow finding themselves having to “imitate” amateurs?

Commercial sites milk these people to generate traffic. To avoid this, sometimes those who create the image adds sentences, either on their body or on the photograph, to protect its property. Still, there are exhibitionists who will still release their copyright, glad to have a chance for self-humiliation exposing themselves to the world.

Tiziana Gemin: You present your research on realcore in a sort of lecture/show, but there’s also a blog, and there is a book about to come out. Can you tell us something about that?

Sergio Messina: In the blog I post the images I find around, or talk about the funny trends I see. It’s a way to keep in touch with those who see my show, because I am fascinated by this sort of connection that starts as you take your body to a certain place and talk to a group of people for an hour. That connection can be kept alive by creating a blog on realcore.

To me the end-product of my research is the show, something in between a guided tour of a museum and a Beppe Grillo show. It’s a chance for me to tell people the way I see things, and ask people if they see the same things I do. The book is going to be a reduction of this, with many images, but we’ll see…