Live Architecture Network. The Net As A Design Project 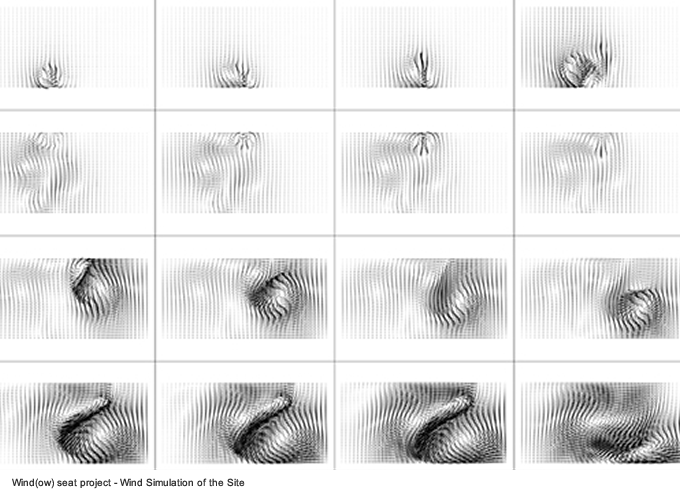 The parametric or associative design is based on the use of integrated systems of CAD/CAM (Computer-Aided Design/Computer-Aided Manufacturing). They allow a direct dialogue between the machine that models and the machine that makes the constructive elements and assembly pieces, generating a new process of ideation/production. The traditional relationships between the actors of this process change: every project can be planned out in an super-customized way and the variables, which can be immersed, enlarge exponentially.

In fact, the real innovation which the parametric design brings, is not found into the shapes or aesthetics which are usually associated to it by the commons sense. It is found into the realignment, from time to time recombinable, of roles, relationships, routes and relations between human beings and technological instruments.

An interesting and fresh declination of the creative potential of the practices related to parametric design is represented by LaN – Live Architecture Network, (Monika Wittig, Luis E. Fraguada, Shane Salisbury, CarloMaria Ciampoli, Aaron Willette). It is a network made up of young architects, mostly American and from Western European countries, who all met at the IaaC (Institution of advanced architecture of Catalonia).

LaN deals with several different things in the massive field of parametric design: from performative installations to 3D studies of microscopical organisms, from a custom-user-interface for urban parametric models to the study of digital models of objects able to relate with atmospheric phenomenons, driving them. LaN does not need an actual physical headquarters: they administrate global workshops on digital design and digital fabrication in architecture, interfacing with Universities and private subjects. 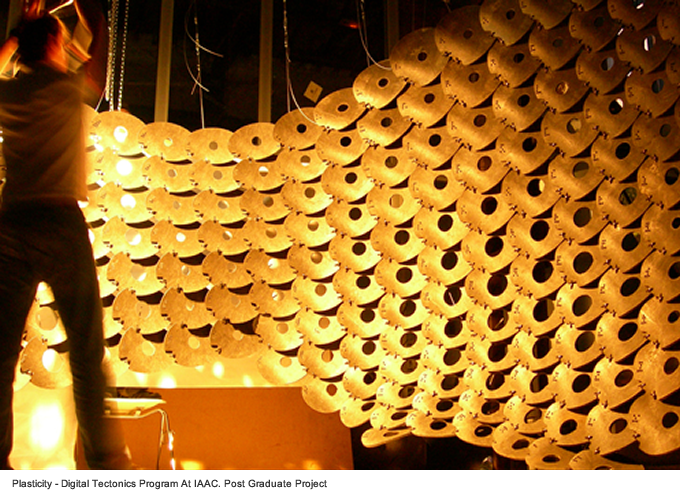 I had the opportunity of meeting for the first time one of them, Luis Fraguada, during the Design Modelling Symposium 2009, which took place in Berlin. Since then, I have been following with interest their movements and evolutions of their very extensive network. The LaN project holds different innovative values: the researches they bring forward through the workshops, are made possible thanks to a global net which acts to bring a set of advanced technology to students.

The cement of this project consists in the digital net supplied: LaN explicitly recognizes the value of the social funds and how much that prevails on the technical and cultural ones. A place like laaC, where LaN was born and developed itself, has therefore been interpreted not only as an institution of advanced formation, but as a pole of production and attainment of global networks. The base of every project.

The LaN project develops biologically, the digital network is its rib. The design process is experienced from time to time in workshops, making it possible to exploit every single energy and direction that a student or employee wishes to take. The result is variable and has many versatile paths. Everything contributes on building the global LaN machine, tended towards the parameterization of the informal and of the invisible forces that move the world.

Sabina Cuccibar: Tell us how the LaN – Live Architecture Network platform works. How was the project conceived since his inception and how do you see the evolution of LaN along the time?

Luis E. Fraguada & Monika Wittig: LaN was conceived in late 2007 by Luis E. Fraguada, Monika Wittig, Shane Salisbury and Mariano Aries-Diez following our post-graduate studies in ‘Digital Architectural Production’ at the Institute for Advanced Architecture of Catalonia [IaaC] directed by Marta Malé-Alemany. Marta directed an engaging program where a collaborative strategy played a crucial role in the development and execution of our work. While LaN had a lot of ambition in the beginning, it somehow was still holding too close to behaving like an ‘office’. It took some time to develop our version of architectural practice. This model keeps evolving, but our aim is still to make our projects, research, and collaboration accessible to all who want to engage. 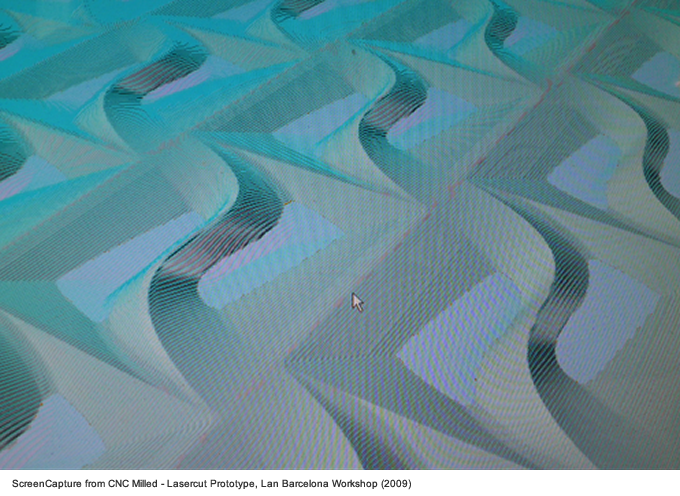 Sabina Cuccibar: One of the most evident Lan’s feature is the strong connection between teaching and design.

What do you think are the majors benefits of teaching and making design as interrelated activities? do you think it’s a necessary combination in this particular historical period?

Luis E. Fraguada & Monika Wittig: What is interesting about teaching integrated closely with design practice is that it really starts to break down the roles people typically play. There is not so much a hierarchy anymore, but a real platform for exchange. When we teach, we are actually conducting design research on one of our current agendas. When we practice we are giving the research the much needed ‘application’. By opening this up to students and collaborators the research is much richer and varied.

We feel it’s been a notion understood for a while by the progressive practices that one’s students today, are their professional collaborators tomorrow…. perhaps we are bringing this collaborative view in one day sooner!

We feel the model of the institution as we have previously come to know it is being challenged by economic and social factors. It used to be that the knowledge was at the institution; a student must go there and pay in order to receive this knowledge. The internet has changed this entirely. Real, verifiable knowledge is distributed freely all over the web.

LaN envisions moving beyond straddling between academic & professional realms… to the extent of fully integrating one to drive the other. We see great strength in institutions that are beginning to directly take on professional research and design agendas (namely the model set-up at RPI – CASE – http://www.case.rpi.edu/home.html) 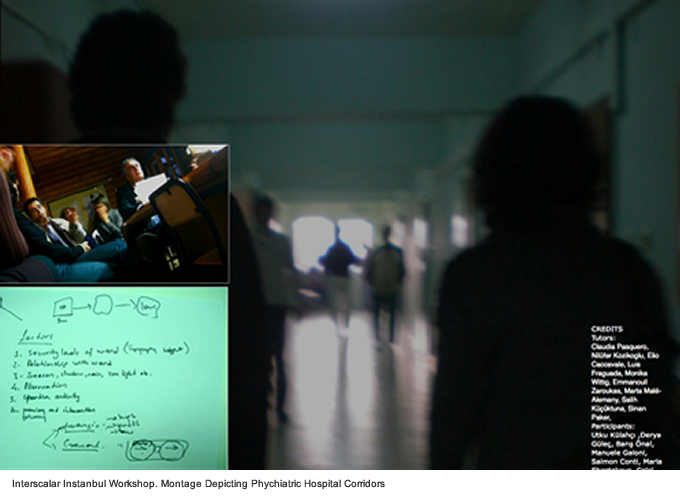 Sabina Cuccibar: How does the research path proposed in each workshops is conceived and which is the relation between methodology and concept?

Luis E. Fraguada & Monika Wittig: LaN recognizes the power of digital fabrication, not merely as a toolset of a high technical caliber, but as the driver of particular groupings of resources–an organization of human, economic, and material assets–varying widely based on project circumstances. Each workshop is thought of as an associative model which is formed through the consideration of current events, long-term research agendas, and the local resources available on location.

One particular brief Architectural Response investigates the role in associative design, fabrication, and education in disaster situations. We were able to set up workshops with local collaborators in the Dominican Republic and Puerto Rico in order to address the manner in which architecture can respond to disasters.

In Caracas and Rio de Janeiro we are collaborating to develop agendas which address informal technologies and digital fabrication. 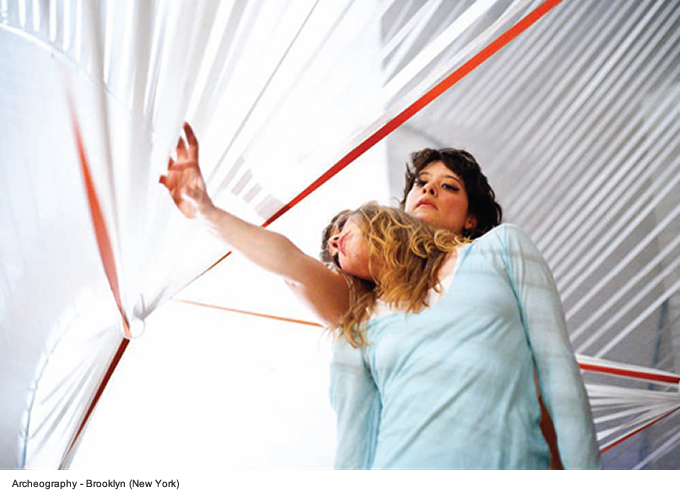 Sabina Cuccibar: The demand of digital fabrication practices and programs seems to increase constantly. In which part of the globe your activity is more requested and why?

Luis E. Fraguada & Monika Wittig: The key word in all of this is ACCESS. This term is relative to the economic situation of any city or country meaning that there are places where the luster of laser cutters and cnc machines is all but worn off, and other places where this is just arriving. When digital fabrication arrives in a new location, there is a challenge to go beyond the typical projects produced in other locations. LaN finds themselves in this position a lot, and it is an absolute pleasure. Confronting people who are just trying these things for the very first time, but have a drive to go much farther than what they read about.

LaN core members are globally distributed via Europe & USA at the moment. Certainly as much as we value the digital realms of collaboration, our physicality (locales of our core members) still influences to a significant degree where activities are generated. That said, the majority of our events to-date have taken place across Europe & The USA. However, LaN intensely values our digital global relations that in turn are increasingly having us travel further for our events currently… South America, The Carribean, Canada, the Middle East, & Asia.

IaaC being one of the most diverse programs we know of in terms of students’ nationalities has surely become a driving force, accounting for the majority of our international relations. This should encourage future grad students to understand the wider/ongoing aspects of choosing an appropriate program for your post-school ambitions! For LaN the IaaC network has been instrumental to our development as a highly mobile & diverse practice. Via our IaaC network we have engaged with Turkey, Venezuela, Dominican Republic, Mexico, Colombia, Ecuador, Mexico City…. 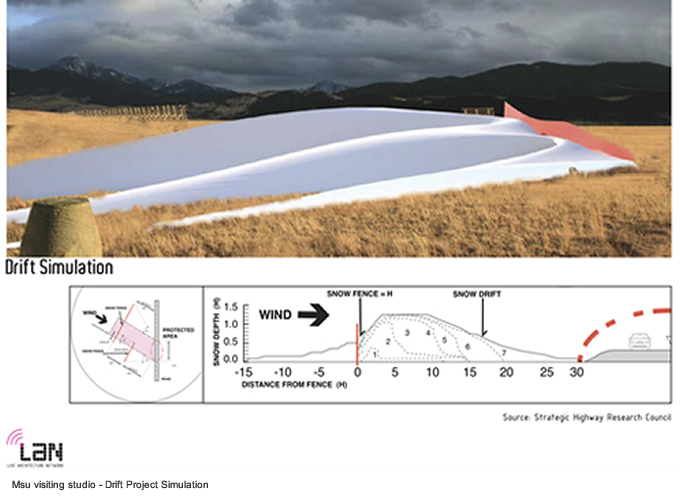 Sabina Cuccibar: Each LaN project seems to be a coordinated collaboration among a well-structured network of professionals: each actor gives his specific contribution to the whole. Considering this point into the general frame of the digital fabrication design process, what do you think is the importance of individual specialization into the network?

Luis E. Fraguada & Monika Wittig: This question brings up two issues, diversity and process. In any population (be it human, bacteria, plants, etc) diversity guarantees success. To pretend that we in LaN can cover all aspects of what we want to do would be quite far from the truth. We go to the source. We look for people (or people find us) who are intimately and passionately involved in their work. We also do not discriminate…cell biologists, tree doctors, neurological scientists, every head involved is a source.

This leads to the second issue, process. Many of the issues we are dealing with have no one clear path. At times the path to a solution ends up looking more like the root structure of a tree than a line from point A to point B because there are simply so many ways to go about it. This richness in process is something that simply could not be sustained without the input of diverse individuals. We seek out these people because without them we would not be satisfied with our own investigation. At times they also find us for similar reasons.

Sabina Cuccibar:Given the wide range of design fields that Lan approaches, would you like to talk about a project particularly important for you.

Luis E. Fraguada & Monika Wittig: For LaN, one of the projects that continues to resonate through a lot of our work is project Wind[ow] Seat for the Denver International Airport. The project happened very early on in LaN, and it was not directly tied to a workshop or a mode of teaching, but we feel that many aspects of the project went on to inform the way LaN practices. This project was the result of a competition held in Denver for an art installation in a space about 7km outside of the International Airport. The expansive site at first glance was quite banal. However, standing on site, the experience was anything but stagnant! An incredible amount of wind passes through the very flat, barren site. 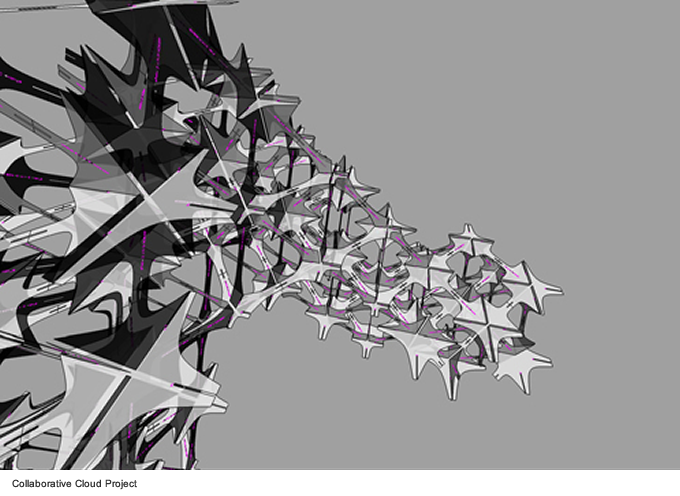 Colorado has some of the highest activity wind corridors in America in addition to amazing national government-sponsored research facilities from which we were able to access precise wind data. This data allowed us to understand the effects of wind on the site through digital simulations. Wind became the primary medium for the project, not just as an analogy, but something to drive design decisions. In the end, the design consisted of very simple strips of fabric distributed along the site in order to render the amazing forces which can be found there found there.

Even though we won the commission, dissapointly, the project was lost in the public art process and therefore never realized. Still the impact of parameterizing invisible forces has continued on with LaN– carrying over in several projects including a graduate studio LaN directed at Montana State University where wind data drove the generation of snow drifts controlled by an architectural construct.