Is This Tomorrow? Visions of the future transform Whitechapel Gallery

Whitechapel Gallery is transformed by experiential installations, environments and pavilions, conceived by over 30 world-leading artists and architects working in collaboration. Ten new experimental multimedia projects responding to critical issues of today to offer speculative visions of the future are presented in Is This Tomorrow?.

Inviting visitors to travel through a sculpture formed from security barriers, peer into a model museum for the world’s most famous artwork, empathise with animals by entering structures built for them, or consider how a machine could equip us for the future, the ten intriguing and provocative projects pose the question – is this tomorrow?

Diverse international artists and architects explore universal topics including borders, migration, privacy, living space and our relationship with technology. Working together in ten interdisciplinary pairs or groups commissioned by Whitechapel Gallery, each project reveals the expansive potential of collaboration. 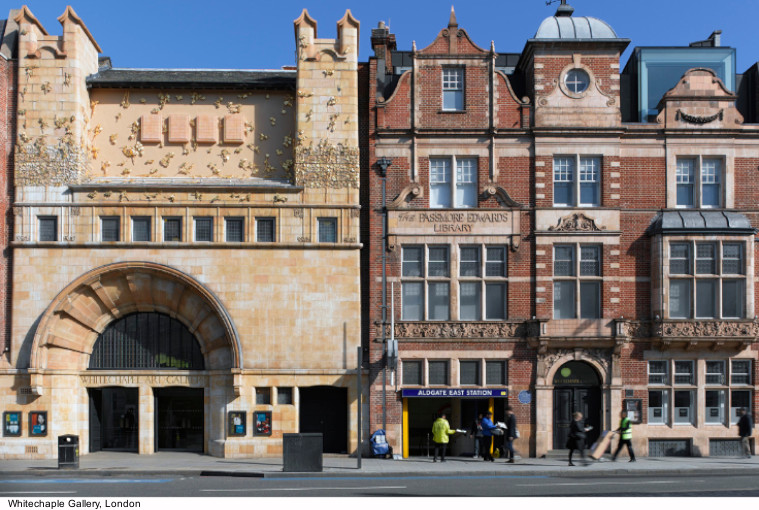 APPARATA (established 2015, UK) and Hardeep Pandhal (b. 1985, UK) consider what happens to architecture when political systems collapse or become outmoded, presenting a top-heavy sculpture on an insufficient support. Exploring the relationship between people and technology, particularly how consumers adapt themselves and their environments in a rapidly changing society, mono (established 2017, China) and Cao Fei (b. 1978, China) conceive a prototype for a machine that dispenses objects and emotions to represent and imagine possible futures. 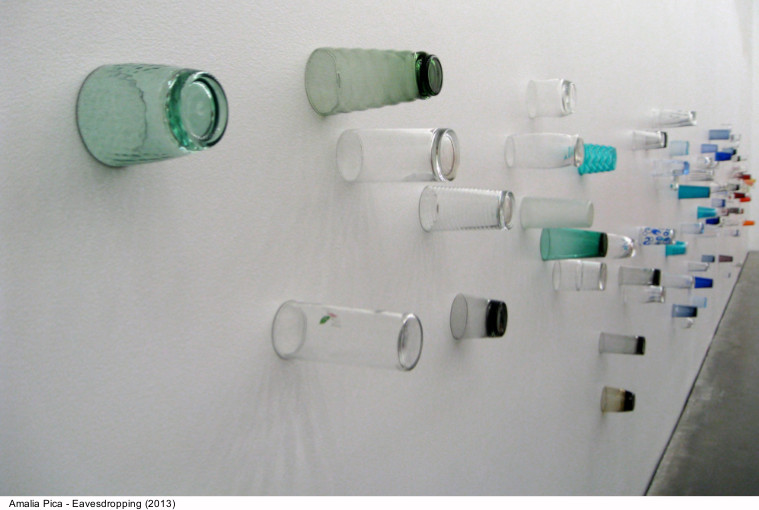 A large-scale sculptural prop in the form of a mountainside contains a crevice revealing a series of films and images in which sex, designer babies, wealth, gentrification, queerness and fracking all converge. Conceived by a New-York based group Office for Political Innovation including principal Andres Jaque (b. 1971, Spain) and artist Jacolby Satterwhite (b. 1986, US), the installation considers the relationship between bodies and resources.

Tatiana Bilbao (b. 1972, Mexico) and Mariana Castillo Deball (b. 1975, Mexico) take living space as their point of departure. Their installation consists of vertical and horizontal elements, placed using ancient Mesoamerican measurements such as the distance between the heart and the outstretched hand.

Visitors walk beneath a seemingly banal structure with a blocky exterior, containing a beautifully textured and pigmented interior surface which reflects and refracts the light. This space of hope and spiritual reflection is presented by Marina Tabassum (b. 1968, Bangladesh) and Rana Begum (b. 1977, Bangladesh). 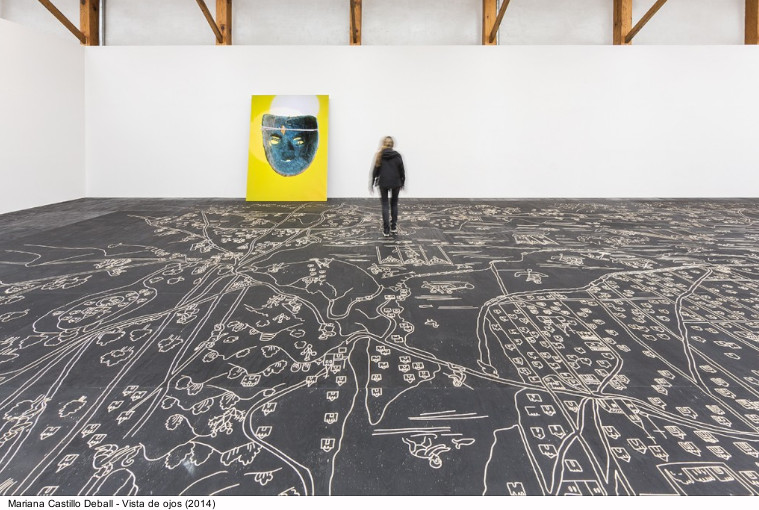 A model for a museum made to host Leonardo da Vinci’s Salvatore Mundi, arguably the world’s most famous artwork, is conceived by David Kohn Architects (established 2007, UK) and Simon Fujiwara (b. 1982, UK). They explore how iconic works of art are gaining increasing currency in a world dominated by international capital and driven by mass populist appeal.

Farshid Moussavi OBE (b. 1965, Iran) and Zineb Sedira (b. 1963, France) present an experiential pavilion made of a series of security gates, considering the physical architecture of borders and control. With an accompanying soundscape, they imagine the potential to overturn and subvert the tedium of these structures.

Rachel Armstrong (b. 1966, UK) and Cécile B. Evans (b. 1983, UK) are inspired by the smallest official living space permitted in London – recorded in 2018 as 13sqm. They present an installation of this size, in which an animation of a bird-like form materialises fleetingly against a fog-curtain and bioreactor bricks composed of organic material power a screen.

More than 60 years on Is This Tomorrow? takes its model from This is Tomorrow, one of the most influential exhibitions in Whitechapel Gallery’s history. Held in 1956, it grouped British architects, painters and sculptors including Eduardo Paolozzi, Erno Goldfinger, Richard Hamilton, James Stirling and Alison and Peter Smithson who worked in groups to present installations. 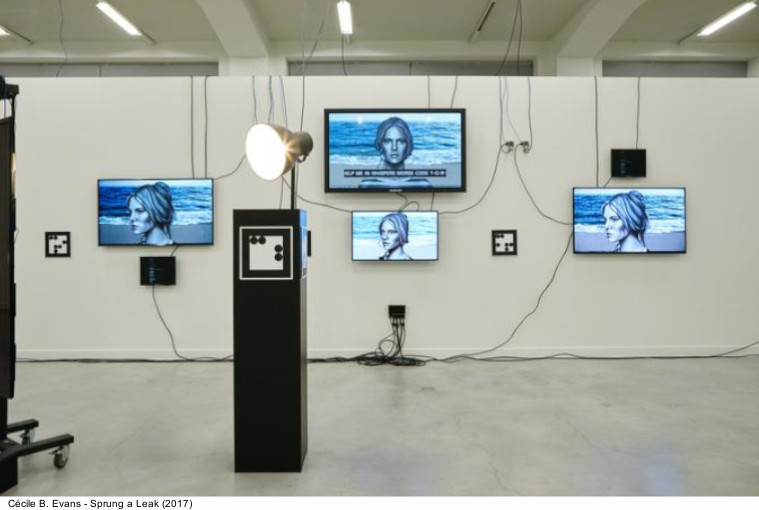 It is now widely considered a watershed of post-war British Art. Artists and architects invited to participate in Is This Tomorrow? were born after the original exhibition took place. Expanding the vision of the original exhibition and reflecting changes of the intervening years, they are based around the world and reflect an equal gender balance. The exhibition is curated by Lydia Yee, Chief Curator at Whitechapel Gallery. It is co-commissioned with MAAT – Museum of Art, Architecture and Technology, Lisbon, where it will be presented in 2020.