Fanfare, the first solo exhibition in the UK by Nevin Aladağ

Hayward Gallery’s HENI Project Space presents Fanfare, the first solo exhibition in the UK by Nevin Aladağ (b. 1972, Van, Turkey). The exhibition brings together videos and sculptures that use sound, rhythm and music to address the differences and tensions between cultures. 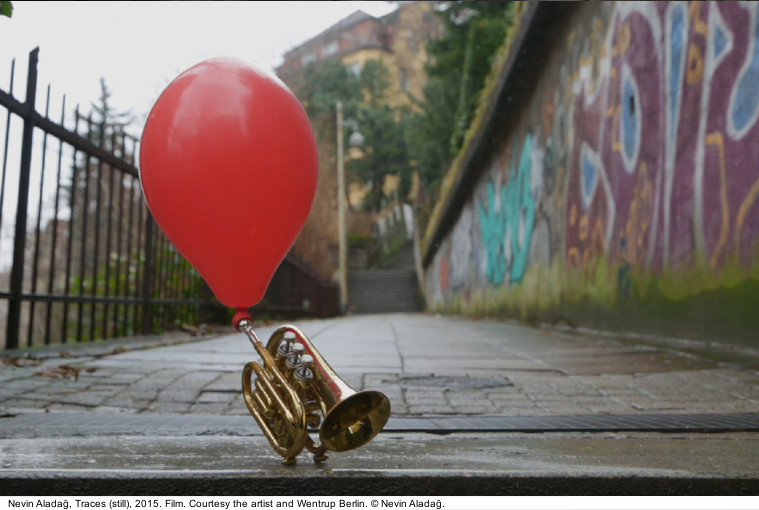 Anchoring the exhibition, Traces (2015), a 3-channel video installation, depicts a series of instruments that are “played,” not by musicians, but by the city of Stuttgart: a tambourine bounces down a deserted street; an accordion hangs from a lamppost; a violin revolves on a spinning merry-go-round. Aladağ has deftly edited together these contingent episodes to create a witty, musical soundscape of the city. Conspicuously emptied of inhabitants, the work is a rhythmic meditation on public space and aural culture.

Another 3-channel video work, Session (2013), features percussion instruments that are similarly played by the environment, this time Sharjah’s urban and desert areas. As with Traces, key interactions with aspects of the locale such as roads, vegetation and dunes, result in a composition that is halfway between intentional and random. Session features drums, bells and other percussive instruments from countries that comprise much of the immigrant workforce in the United Arab Emirates—including Pakistan, India and Iraq—combining ideas of mapping, infrastructure, and labour with cultural heritage. 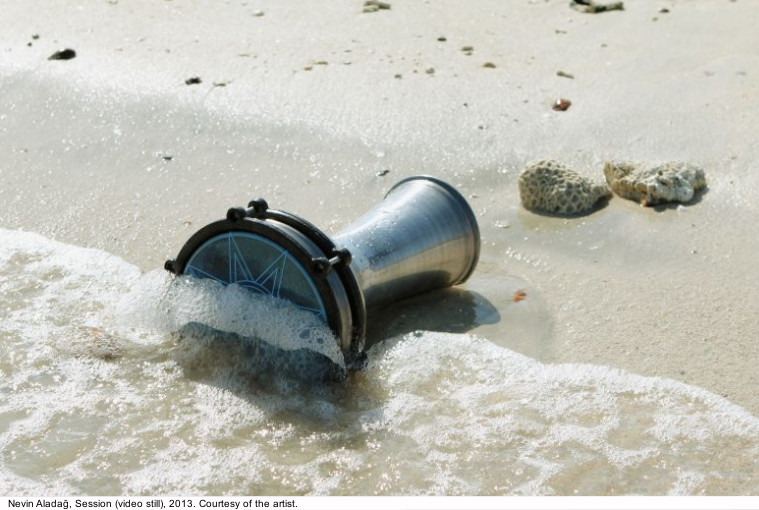 Also included in the exhibition are two sculptural reliefs, Fanfare-carnival (2015) and Fanfare-classic (2015), that feature large musical staves with notation for instrumental flourishes. The notes are made with bronze castings of 17th century cannonballs, recalling the varied uses of fanfares, performed at celebratory occasions including concerts and circuses, as well as at more politically loaded events such as military parades. 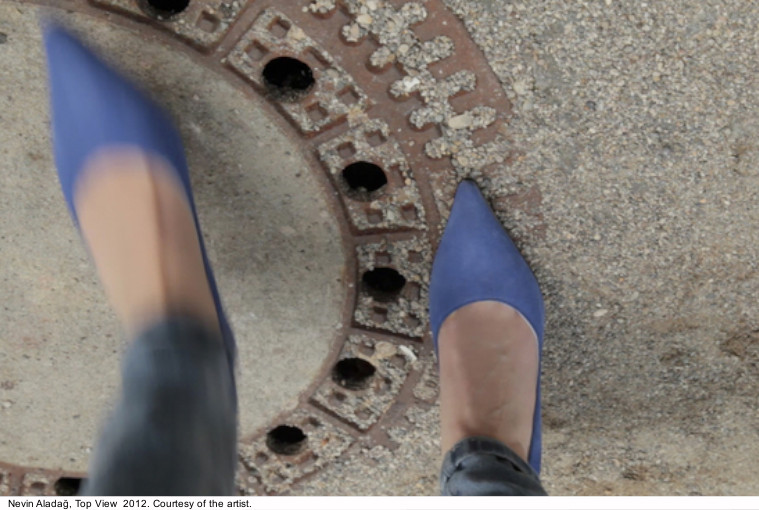 Between February 12 and 24, Aladağ’s video Top View (2012), which captures the infectious rhythm of dancing feet, will also be on show in the Hayward Gallery foyer. Another kind of civic “portrait,” it shows people from a range of different backgrounds in Munich performing dance steps for the camera.