With roughly 40 multimedia works, the exhibition provides an overview of the oeuvre of the artist and musician Carsten Nicolai, who has been active at the interface of visual art, music and natural science since the early 1990s. Using electronic sound and light, Carsten Nicolai creates minimalist installations, sound performances, and visualizations of physical phenomena that reflect systems and structures of the media world. 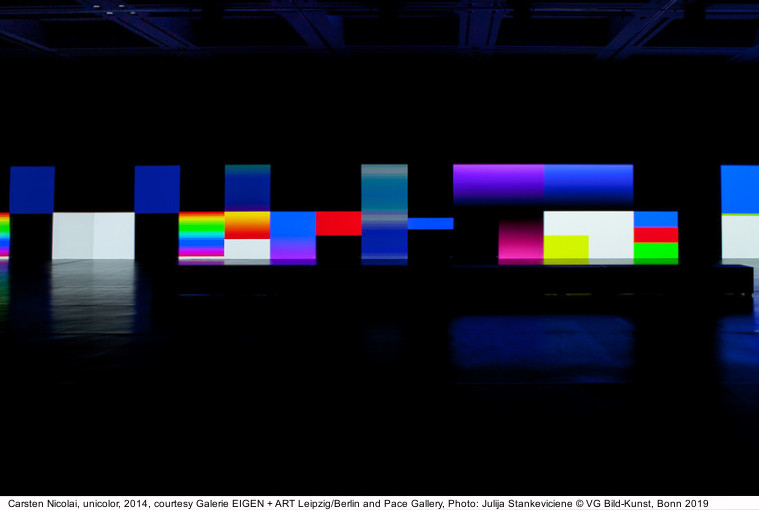 As a musician working under the pseudonym Alva Noto, Nicolai is one of the best-known representatives of contemporary electronic music. Since his participation in documenta X in 1997 and the Venice Biennale in 2001 and 2003, his visual artworks have also been exhibited worldwide. In K21, Nicolai will organize the expansive space on the lower floor as an open setting for the presentation of his works, many of which are designed for interaction.

The title of the exhibition, Parallax Symmetry, alludes to the physical phenomenon of a parallax (from Old Greek parállaxis, “change, moving back and forth”), which describes the apparent change in the position of an object when the point of observation shifts. The symmetry of the exhibition results from its division into.

In addition to light/darkness, sound/silence and visibility/invisibility are further contrasting pairs which Nicolai uses productively in his artistic practice. The soberly elegant aesthetics of the objects and installations often conceal a complex functional context that refers to technical and physical experimental procedures and often also to historical aspects of scientific research.

The exhibition is curated by Doris Krystof with music by DJ Ungel and Kaschiel, and it will be accompanied by a catalog designed by the artist to be released on October 31, 2019, with numerous illustrations and installation views of the exhibition at K21 by Julija Stankevičienė. With an introduction by Susanne Gaensheimer, contributions by Kathrin Dreckmann, Doris Krystof, Verena Meis and Linda Walther, and a reprint of the prose text Ur-Geräusch (1919) by Rainer Maria Rilke. 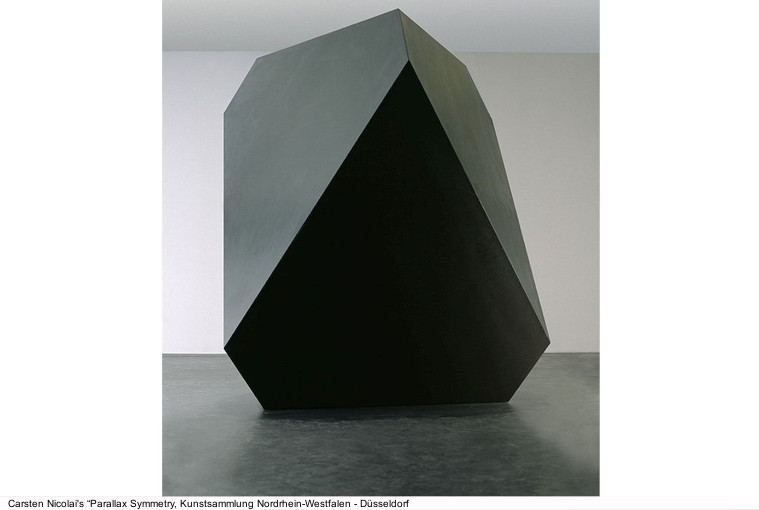 In parallel, the Lehmbruck Museum Duisburg will be showing rota by Carsten Nicolai from 28 September 2019 to 26 January 2020. Carsten Nicolai will be performing as Alva Noto at the Piazza of K21 on Saturday, January 18, 2020. The audio–visual Live-Performance is showing parts of his Album UNIEQLAV.