Lawrence Lek’s “Farsight Freeport”: a journey into the year 2069

With Farsight Freeport, HeK (House of Electronic Arts Basel) presents the first solo exhibition in Switzerland of Lawrence Lek. With his immersive, virtual worlds and electronic soundtracks, the London-based artist has developed an independent and unique visual language. Lek has created a very special scenario for the exhibition at HeK. Visitors are invited to enter a Gesamtkunstwerk that leads into the year 2065. 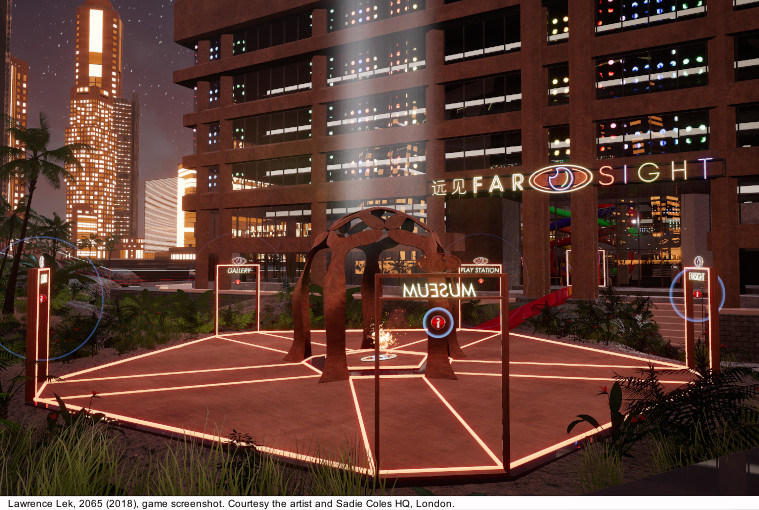 It is a time in which artificial intelligence dominates and controls all areas of social, industrial and economic life. The real architectural environment is imitated in the virtual worlds created by the artist. In this utopian scenario, in which HeK has been converted into a bonded warehouse, we encounter the artist’s works again and immerse ourselves in his video installations, computer games and VR installations.

Lek is deeply concerned with the interplay of politics, technology and cultural production; his narratives reflect profoundly on the future of our society, for example on the automation of work through AI and its universal use in all sectors of our society. For this exhibition, Lawrence Lek imagines a future retrospective of his work as presented by Farsight Corporation, his technology start-up dedicated to innovation in the creative industries. 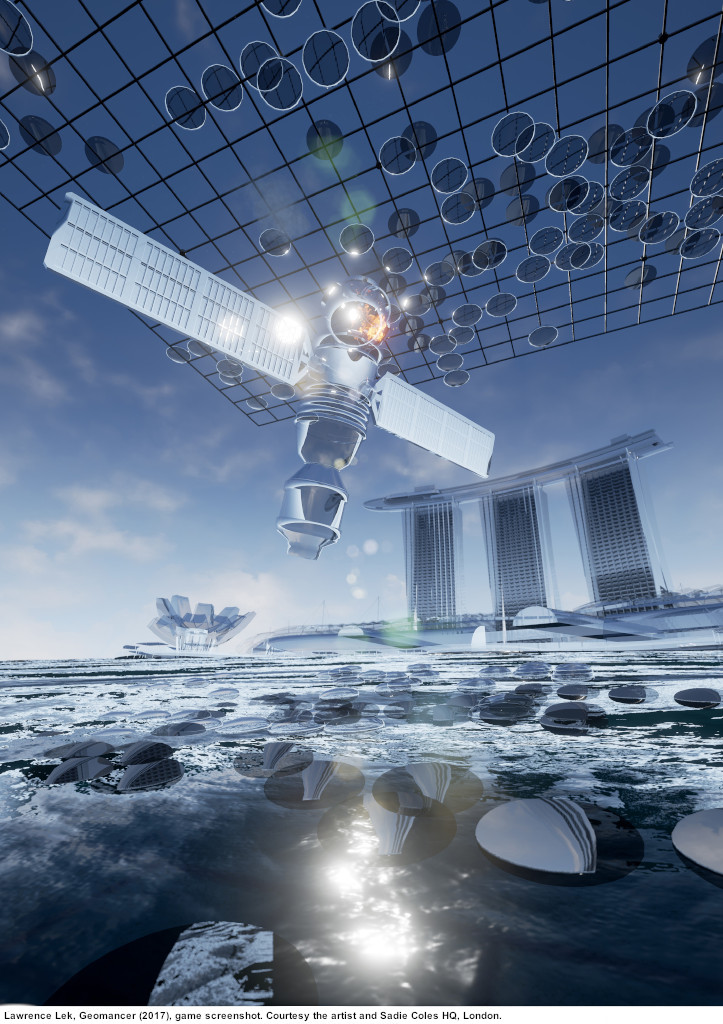 First conceived as the corporate nemesis in his films Geomancer and AIDOL – both set in the year 2065 – Lek established Farsight in 2018 as a real-life production studio to blur the line between fiction and reality. Since then, he has used the start-up as a nonhuman alter ego, with its relentless drive for growth embodying the principles described within his video essay Sinofuturism (1839-2046) (2016, 60m).

Under automated capitalism, artistic creativity is no longer governed by humanist principles but is forced to evolve into a new form, one that reveals the underlying conditions of its production. In this new site-specific installation at HeK, Lawrence Lek has commissioned Farsight to build an architectural prototype inspired by the former function of the HeK building and the surrounding area of Freilager-Platz, a former freeport, a port area where goods are unloaded, stored, and shipped without payment of customs duties. 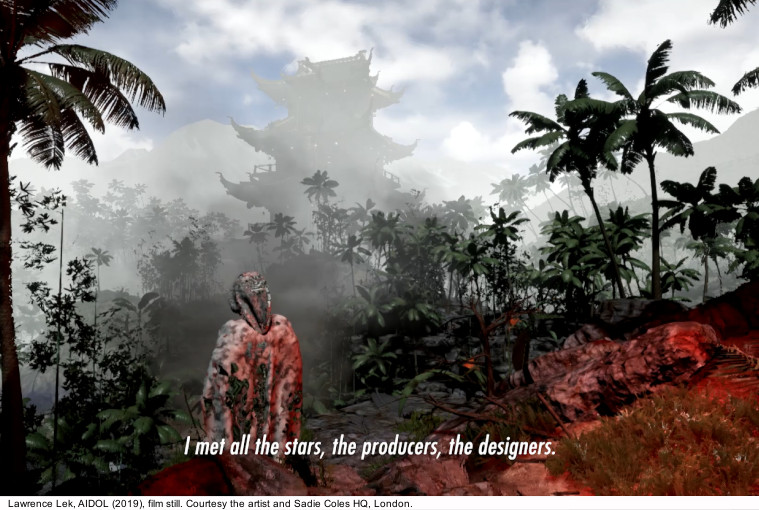 Farsight has transformed HeK’s exhibition space into a storage and viewing centre for digital artworks, separating the space into a “served” zone for the audience and a “servant” zone for hardware and software. The architectural structure obeys the functional requirements of the processes that operate in it, while the works on display depict a future society that has itself been reorganized by intelligent systems.

The audience invited into this unfamiliar zone slowly gains access to Lek’s oeuvre, his video installations, video games and VR installations, which are stored in the Freeport. The attention to architectural language and symbolism, both in his virtual works and in his installations, is a recurring element in the work of the artist, a trained architect.

Buildings are not only the settings of Lek’s existential fictions but act as the protagonists of his installations and video essays. The Louvre Pyramid and its Egyptian predecessors, a fully-automated luxury hotel, the privatized Royal Academy of Arts, the converted QE2 ocean liner and the airborne Olympic Stadium are featured as subjects in his works, acting as interfaces between the human and non-human worlds. 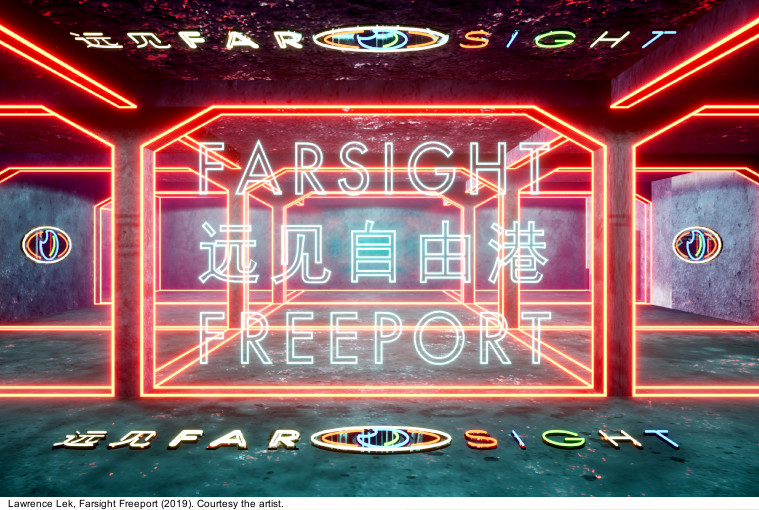 Drawing from French anthropologist Marc Augé’s concept of the ‘non-place’, Farsight Freeport is a liminal space where automated society has evolved its own unique spatial environment, one whose purpose is to monitor and maintain.