Werktank is a platform for new media art. It is an organisation which focuses on the production of visual art projects, media and performative art, with it’s headquarters in Leuven, Belgium. The main focus of their activities is to create installations that investigate the relationship between technology and perception.

The project aims to reflect the contemporary visual culture, and to do that they use both new and old media technologies. To resume the dramaturgies of past projects there is also the wish to match the latest digital technology with craftsmanlike techniques. The appreciation of those techniques gives to some of the projects a retrò aura combined with new technologies, the most advanced digital technologies and the research and ideas behind them.

In addition some works such as some of those from the artist Ief Spincemaille seem to be design objects: “Where’s the sun”, a clock that works following all the positions of the sun in the sky, day and night, or like another work of the same artist “Little moon and little sun” which is a kind of thermometer that measures the presence, intensity, and the evanescence of the sun and moon through a small LED light. 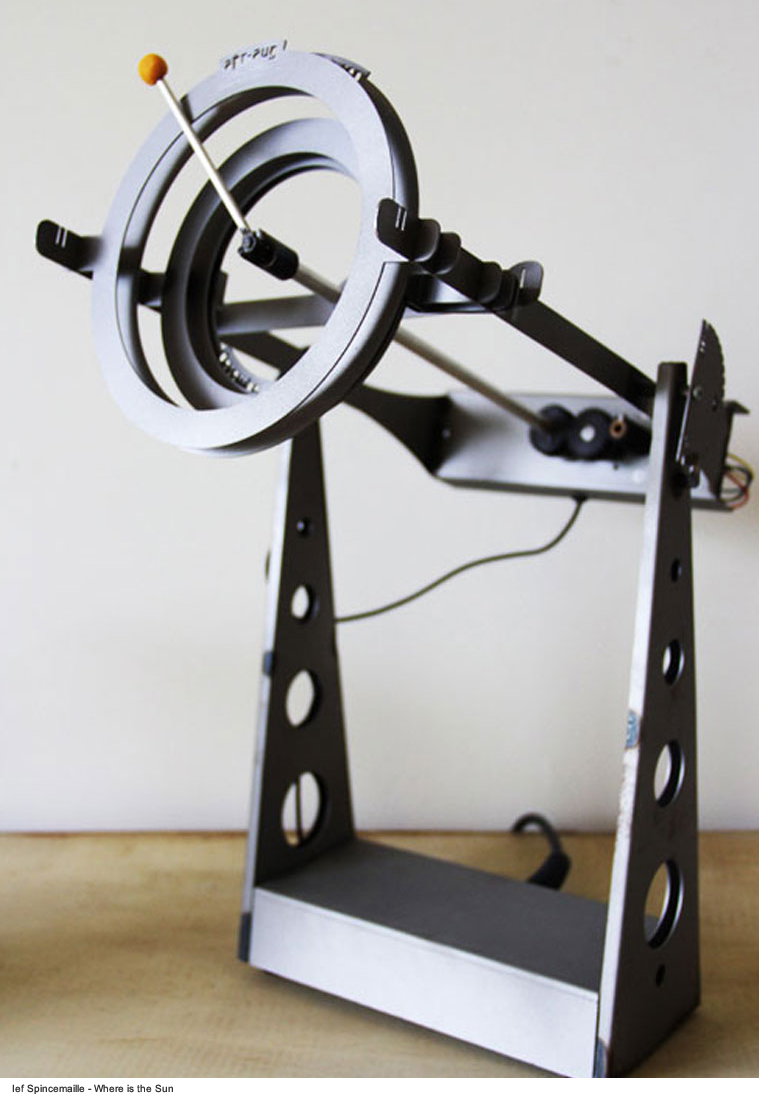 This platform near to a very structured research about perception matters in different areas of visual, performance and media art, seems to give a lot of breath to the artists. In the works proposed there are many experiments both in terms of aesthetics, both at the conceptual level and of the medium. The range goes from the most complex to the most simple object, but both have a similar mechanism, namely to change our perception of reality through technology.

Kurt Haeseeler is the artistic director of Werktank and video designer for theater, dance and opera. He is also involved with his own projects in Werktank production as with Memoritis, a theatrical video installation or Cabine, a destroyed interactive installation. We asked him to answer some questions for “Digicult” on Werktank activities.

Roberta Busechian: When did you start to work on Werktank platform? Which were the initial goals of the project?

Kurt Haeseeler: Werktank is the bastard child of another organisation, de Filmfabriek, where I worked from 2001 till 2006. We produced a lot of projects mostly crossovers between film, video art, stage design and digital media. Around 2005 Filmfabriek went into a sleep of winter sleep and most members left. Around 2008 and 2009 Filmfabriek-founder Peter Missotten and started Werktank as a production platform for media art installations. Peter went on making theatre performances and Ief Spincemaille joined Werktank.

Roberta Busechian: The issue about technology an perception is a fundamental element in Werktank’s activity. Where does it originates?

Kurt Haeseeler: From our daily lives where technology is so very present. I think it’s important to be critical about it and use it in other ways than it is meant to be. We don’t make openly political works, but I think that sometimes the subversion of techniques and the beauty and questions that it generates without demonstrating to openly what’s it about, can be more political then let’s say a work about the Syrian war (I don’t want to question the validity of these works, they are necessary no doubt).

Because this works on a personal level and I think nothing is as political as the total absurdity and unnecessity of art, which make it paradoxically enough absolutely necessary to exist in this brutal world.Technology and perception is very related to a certain estrangement or alienation that technology can have. There is a work for example of Ief Spincemaille Chain Driving Hologram, which makes you walk around a hologrammic projection of your own head. A weird out of body experience, you normally can’t have in real life, but which symbolises in a beautiful way what technology does with our bodies. I think the fascination with perception comes a lot from the experimental film background of a lot of the artists. And another one his father was an optician, so that explains a lot I guess.

Roberta Busechian: There is also a wish to promote the work of young and emerging artists  in parallel with a selection of artists who are supported on a longer term, this gives a continuity in the presented projects, how important are the aesthetics of the presented works? Should they have a common background?

Kurt Haeseeler: There is no aesthetical canon, but I think we work with people that share a certain sensitivity. I believe a lot in instinct and emotional intelligence and I think in the choices of people we end up with people that fit with each precisely because of this.

Roberta Busechian: The most of  artists involved in the project are media artists, some of them are working in the field of video and sound arts, there are also architects. One of the leading ideas of Werktank is to reflect the contemporary visual culture. From which fields of this culture Werktank artists are mostly extrapolating informations?

Kurt Haeseeler: I think the answer to that is as diverse as the artists. A lot of them had a experimental film school background, although not necessary making films, more installations or expanded cinema. For example Reconstructing Marienbad by Mats Dekock, who used architetectual maquettes to reconstruct the cinematographic experience of watching L’Année dernière à Marienbad of Alain Resnais; This changed over the years and the backgrounds became more diverse, but in the beginning certainly cinema was the main influence and it’s still very present in a lot of works. I don’t think there is now one major field. Artists are influenced by the immateriality of the internet, by climate developments, by scientific images, by the art market. 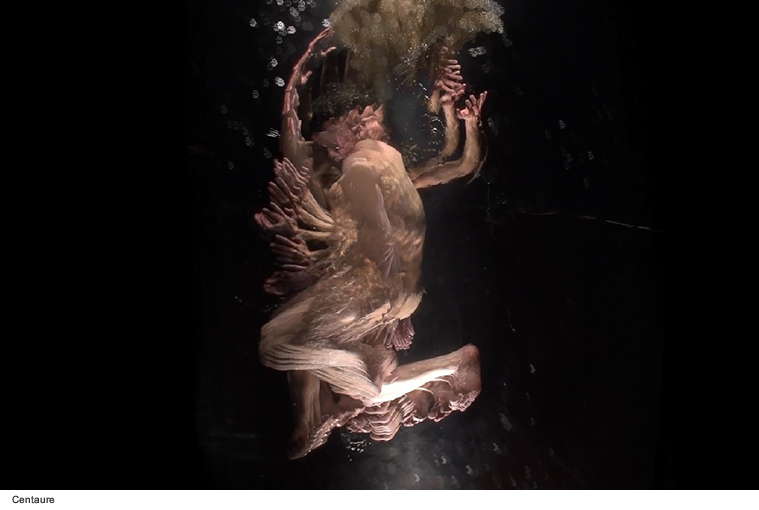 Roberta Busechian: You’ve also presented your works about visualisation of the dynamic of information by Werktank. In your works you are like the translator of the media presence into meta-images. How do you describe meta-images and how do you imagine the interactivity issue applied to them?

Kurt Haeseeler: With meta-images I mean that every image embodies the presence and dynamics of information as a visual effect. It’s not always important what these images show, more how they are treated, the visual language they generate. So to speak any image could be turned into a meta-image. The effect is the message.

I made some interactive installations, mostly about surveillance and memory, but in the images it was more about applying treatments and effects on them without precisely knowing what would be the result of it, introducing a surprise element by making them react to certain parameters. This has evolved over the years and I developed a certain ‘style’ which is know evolving into something very ‘unheimlich’. I try know to make images tat look old and new at the same time.

Roberta Busechian: The sound matter is also very present in some works, there are also Werktank artists that begin they’re career with experimental sound or musical education. How did they develop they own work following the drammaturgy of Werktank’s production?

Kurt Haeseeler: I should point out that Werktank isn’t a collective. Some artists make one work in Werktank, with some we work over a long period of time and make more works. We don’t ask anybody to develop their work according to our dramaturgy, but of course we select people with whom we share a certain sensibility. I think this sensibility has a lot to do with strong transparent ideas generating a certain poetry. We produce a lot of imperfect technological prototypes that have a certain weird humor or beauty in them. 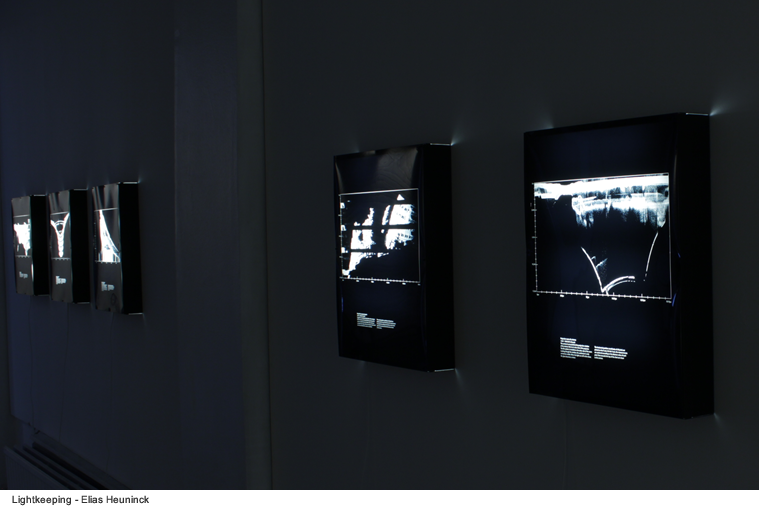 Kurt Haeseeler: You could say that. I think we like imperfections. Beautiful imperfections, even if crafted well, the human error is always visible, which makes our work vulnerable, personal and sensible, I hope. We use technology and our work is about the influence of technology, but we are certainly no technology worshippers and not even very nerdy about it 😉

Roberta Busechian: Which is the relation between poor materials and technology in Werktank practice?

Kurt Haeseeler: Poor media was a temporary theme for the Poor Media expo we did the last October. It started from the idea of making work about technology inspired by the Arte Povera movement , which was anti technological. It was a challenge towards our artists, but it wasn’t a dogma neither. Nobody gets punished for not following the rules 😉 But it’s visible in a lot of our works were we maximise the possibilities of cheap materials or techniques. For example in Static of Wim Janssen polarisation filters are used to mimic the visual effect of tv static.

The event will not be held on our headquarters, but in a temporary Agency for Poor Media. There will be an exposition with works by Katinka de Jonge, Floris Vanhoof, Gabriel Ruiz Larrea, Ief Spincemaille and myself. Then there are some guest artists: there will be Songs of Piety by Dries Verhoeven, who places ghetto blasters in the city which carry the voice of beggars asking for money. very poor media, Line Boogaerts will do a live painting on my car, I hope it will survive that. And we have lectures with Juha van ‘t Zelfde of Lighthouse in Brighton and George Fifield of the former Boston Cyberarts Festival. 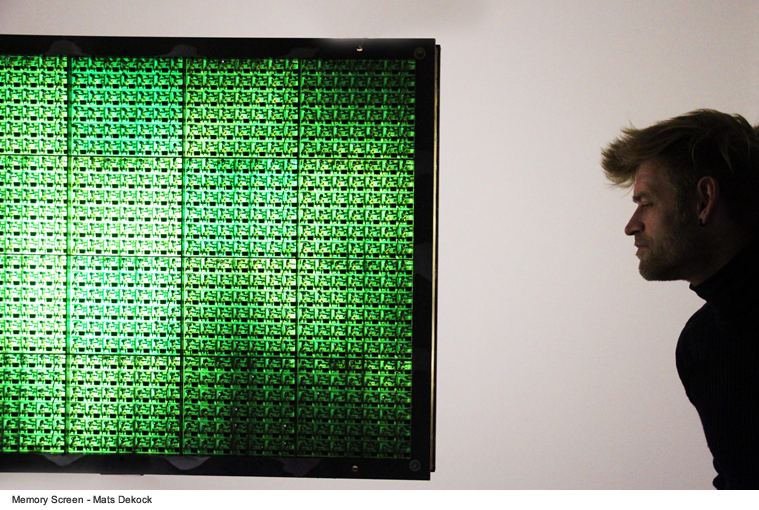 Roberta Busechian: Which are the goals of the platform for the future? Now you are a consolidated reality in the city of Leuven, with international collaborations.

Kurt Haeseeler: Ief and me work already a lot internationally but the goal is certainly to be more known as an organization outside Belgium. We are always looking for interesting collaborations wherever they are.

Roberta Busechian: How it works for collaborations with new artists? Does Werktank organize related open calls? Who can apply?

Kurt Haeseeler: Every year we organise one call. Everybody can apply. Sometimes the call is specifically oriented towards a theme, sometimes it’s completely open. We provide a small production budget and artistic, technical and productional assistance. Sometimes we collaborate with an engineer school in Leuven for the realisation of the work, mostly a prototype that later has to be finetuned. We also invite sometimes new artists ourselves to make an installation. We have limited ressources and made the choice to produce less but better and with payment of the artists, with a very small administrative backbone, so we can’t produce a lot of works. Less is more.