The latest endeavours of DjSpooky: The Imaginary App and the The Met Reframed residency 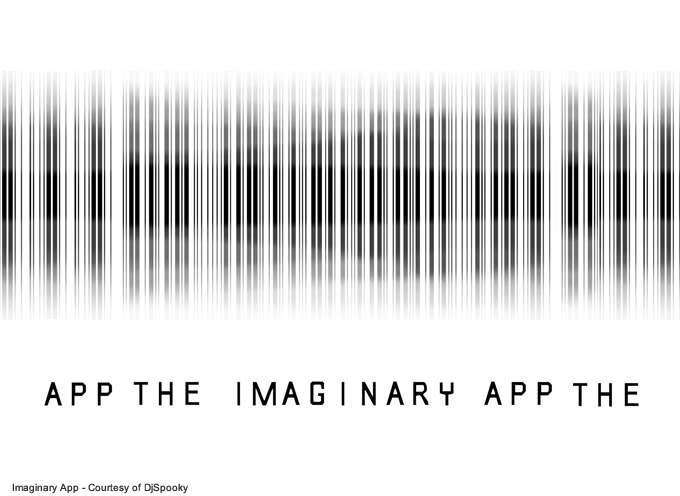 Several authors from Digicult, in the past, have widely focused on the artistic projects of Paul D. Miller aka DJ Spooky that Subliminal Kid, an inexhaustible artist whose works have the ‘remix’ as a core concept and primary form of representation. The following article traces Miller’s latest endeavours, in particular his residency at the prestigious Metropolitan Museum of Art in New York, and the forthcoming book project about the terrific production of apps for mobile devices.

The first time I saw Miller performing under his stage name DJ Spooky that Subliminal Kid was around the end of the 1990s in an outdoor club near my hometown Catania. I still hold vivid memories of the audience being mesmerised by the soundscape produced by Miller. At the time he was using two turntables and a mixer, and the blending of different sounds, from jazz to Jamaican dub, ambient and hip-hop beats, was something unheard of before. Since then I’ve been following Miller’s artistic production, and my interest in his work induced me to write a chapter of my PhD thesis dedicated to the analysis of his multimedia performances, writings, and artistic projects through a life history approach.

After the two previous books published by the MIT Press Rhythm Science (2004) and Sound Unbound (2008), and The Book of Ice (2011) for Mark Batty Publisher, Miller’s forthcoming book project The Imaginary App is an anthology of art and scholarship on app-computing. The book focuses on the emergence of apps and the ways they have changed everything.

Through a call for artist http://djspooky.com/imaginaryapp/call/, Miller and co-editor Svitlana Matviyenko encourage submissions for a travelling exhibition and a publication of original selected works. Apps have started a revolutionary creative path and established a whole new level of communication, opening new channels for the wider circulation of information of any kind. Once again the idea of sampling it’s at the very centre of Miller’s works. The (re)assemblage of different fragments through sampling techniques fosters the emergence of a whole new language, which can be modified like an open source code. Since the beginning of his career Miller has been attracted by the possibility of creating different realities through sound patterns. For Miller music is an open signifier, a malleable and non-fixed material that can be (re)mixed in multiple ways.  Through the practice of the remix everything can be re-expressed and re-created using “found objects”. 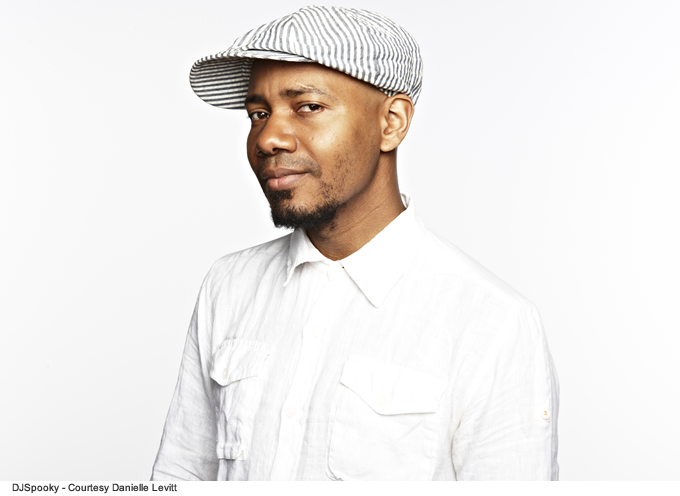 The Met Reframed: DJ Spooky in Residence is the title of a yearlong (from October 2012 trough June 2013) artist residency that marks a new partnership between the Metropolitan Museum of Art (NYC) and Paul D. Miller. This collaboration contemplates five major performances and a series of talks, workshops, and gallery tours. In a recent interview for the “New York Times” http://www.nytimes.com/2012/10/26/arts/music/d-j-spooky-resident-artist-at-metropolitan-museum.html?_r=0, Miller explains: “To me the Met is like a huge record collection. (…) I thought that would be incredible to do a mega mix, responding to the collection (…) I want it to be conceptual. I want it to be a rigorous engagement with contemporary art.”

Madame Freedom is the first of the five performances presented live at the Met and is the re-scoring of a classic 1956 Korean film. The film Madame Freedom is a symbol of an entire generation and a metaphor of the westernization of Korean tradition and commodification of culture after the war. Miller re-thinks the original jazz soundtrack by using electronic sounds created with his iPad app and performed live together with the string group Korean Film Ensemble.

What follows is an interview with Paul in which he talks about his forthcoming book, current residency at the Met and his role as executive editor of the Origin Magazine, a publication and a platform that focuses on the interconnection between art, culture, yoga, and new ideas. 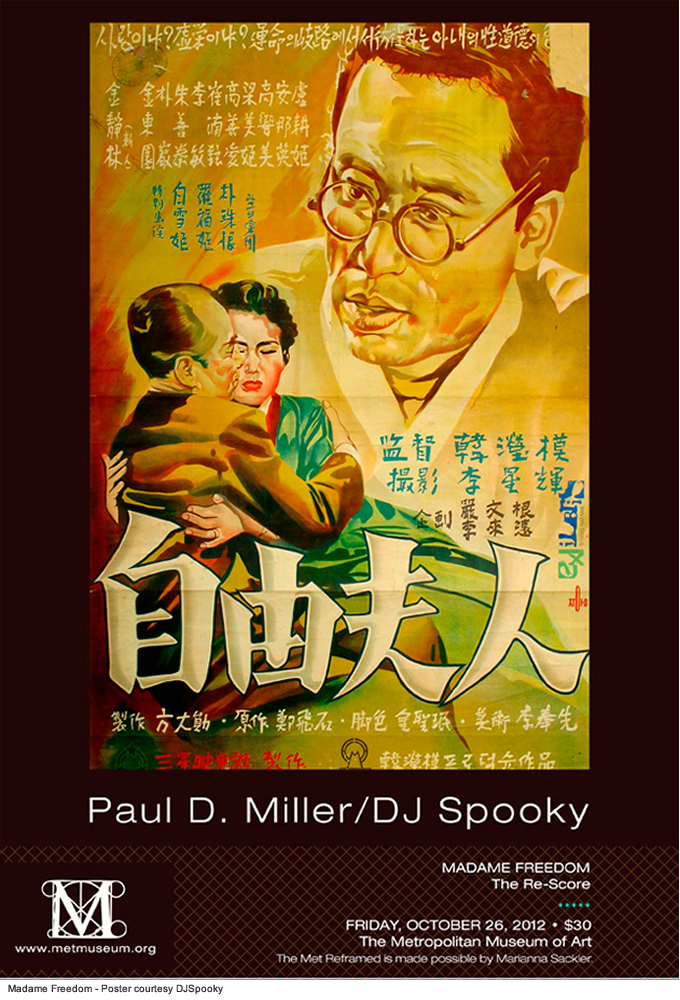 Donata Marletta: What is the main idea of your forthcoming book project The Imaginary App?

Paul D.Miller: Apps have utterly changed the way we think about the screens we use. In the 20th century the concept that a screen on a device would be a portal into an entire realm of information was the domain of science fiction. Today it’s reality for the bulk of the human species that uses digital media. I’m a big fan of Douglas Engelbart, the guy who invented the “mouse” that allowed us to move INTO the screen. The rest, is reality.

Donata Marletta: How do you think apps are reshaping both creativity and the circulation of information?

Paul D.Miller: To me we are looking at Apps as a new combination of cinema and interaction. There’s a great quote from one of my favourite philosophers Gilles Deleuze who says simply – “The historical fact is that cinema was constituted as such by becoming narrative, by presenting a story, and by rejecting its other possible directions. The approximation which follows is that, from that point, the sequences of images and even each image, a single shot, are assimilated to propositions or rather oral utterances […].” I think that it is a good summary of the way philosophy can inform the way we look at digital media. It is a story or a tool. 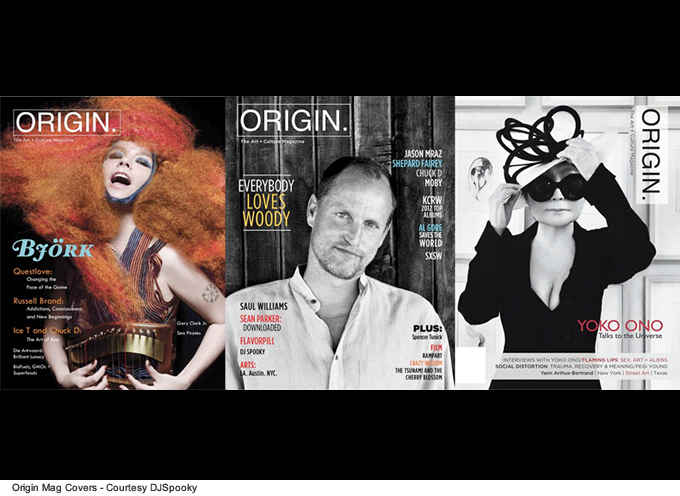 Donata Marletta: What kind of apps are you collecting through the call for artists?

Paul D.Miller: The main issue is that we need to update the way we think about story telling. The way we think about art, and the way we look at how art can create new spaces in culture at every level. It’s so important to think about how stories give form to experience. Hip-hop, techno, dub step, are all ways of telling stories in rhythm. Apps and songs at this point are just zeroes and ones. The rest is how language makes use of how we think about the world around us.

Donata Marletta: How are you arranging your residency at the MET?

Paul D.Miller: It’s about remixing the museum. I look at museums as archives – they are sitting there not being used in a way that makes sense for the 21st century. The idea of remixing takes you into all sorts of irreverent spaces – you have to be open to the idea that there is no finished work anymore. But museums are the opposite. They are about the idea that permanence is attainable. I love the fact that DJ culture flips this all around. I’m really inspired by the concept of “the invisible museum” but from the viewpoint that we need markers to define the emptiness. That’s what “beats” are. William Herschel coined the term “asteroid” in 1802 but he never had high definition photography – he had to imagine them. But they existed. Ditto for the Greeks, who coined the term “Arctic” and “Antarctic” but never went to either place. I love stuff like that.

Donata Marletta: In which ways are you interacting with the museum’s space and huge archive?

Paul D.Miller: It’s all a remix. 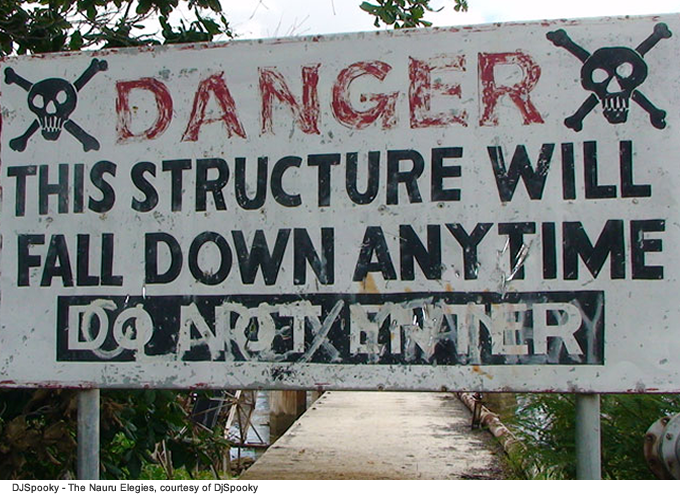 Donata Marletta: Can you tell me something about your experience as executive editor of the Origin magazine?

Paul D.Miller: It is a mega mix. Basically my magazine is an artist run magazine. That’s why we call it Origin. My partner for the project is Maranda Pleasant. She does most of the interviews, because I don’t like doing interviews… Other than that, it’s super fun to actually get to catch up with many of my colleagues and friends and support their work. Doing anything should be about making things fun + interesting.  Anything else is boring!