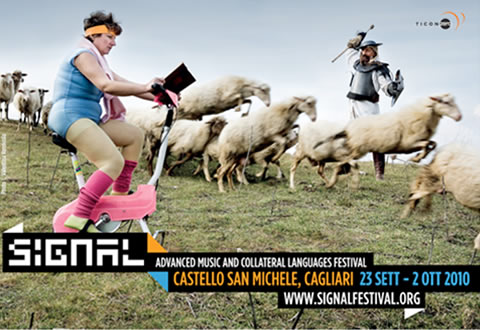 The fifth edition of the SIGNAL festival dedicated to contemporary music. SIGNAL is implemented with the assistance of the Autonomous Region of Sardinia Province of Cagliari, Cagliari City.

Experimentation, research, improvisation on new forms of sound, with an eye towards the most significant expressions of past sound is the type of SIGNAL festival , a festival dedicated to contemporary music and its many side languages now in its fifth edition. As September 23 and during 10 days, various artists and musicians with a leading role in contemporary national and international landscape will be busy between shows, live sets and performances, among them Herman Kolgen, Otolab, Ikue Mori, Erikm, Sonoma. In Cagliari two locations will be the backdrop to the events: the “Castello San Michele”, that will host live sets and video, and the Faculty of Architecture, dedicated mainly to the workshops.

Organized by TiConZero, active since 1995 in Cagliari in music and theater, the festival aims since its first edition to propose innovative sound tracks mainly thanks to the use of new technologies applied to sound. This year, more than in past editions, SIGNAL presents itself as a festival of performing arts on many levels, where the perception size exceeds preset limits of art, sound and image and sound visual suggestions merge completely with the space.

To enrich the offerings of the festival there are workshops, in collaboration with the Faculty of Architecture of Cagliari, which will see the active participation of the audience space to methods of production and processing of video mapping but also for some considerations reflection on ecology with Project “Alig’Art” creativity applied to recycled items. 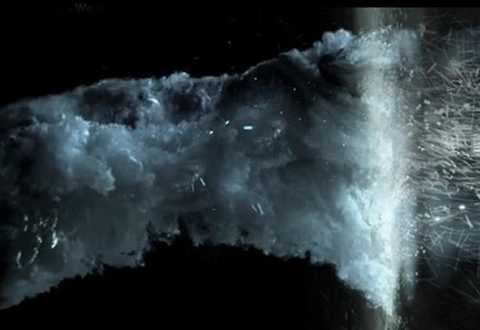 Extremely varied the proposed audiovisual performances programmed in the Department of Architecture in the picturesque scenery of the Castello San Michele, for the occasion theater LIGHT CAST interactive video installation handled by Manuel Carreras, Marcello Cualbu, Michael Casanova of the collective Quit.

It starts with Herman Kolgen on Friday, September 23, a multimedia and interdisciplinary artist of Canadian origin. Kolgen can be defined as a audiocinetico sculptor, since fingerprints can transform sound into images that expand into space with the use of magnetic fields, x-rays, pigment particles and noise. His installation, Dust, is inspired by Duchamp and Man Ray photography of the twenties.

The second day will see the meeting of two islanders artists: Paolo Sanna, percussionist and explorer of rhythms, and Uncodified (Corrado Altieri), for the performance Tamaire conceived and improvised on the striking steel sculptures by Andrea Forges. Subsequently, the Catalan draft Sonom will offer a fascinating experiment with holographic projections on synchronized sound and music.

The four Sonom musicians through audiovisual installations focus relations between the waves and the human perception, using practical hybrid technology from recycled materials and tools to self analogical and digital devices. The third day, Sunday, September 25, Stefano Guzzetti from Cagliari will propose the live performance with Microcosmos, audiovisual performance based on electronic sounds and field recordings which describe a life of their own little worlds.

To accompany the music, the images created by Svart1 (Raymond Gaviano). From 22.30 space will be given to Otolab, a Milanese collective that includes musicians, DJs, video artists, architects and web designers for a unique path whose objective is testing and audiovisual research. Together the Propose Black Gardens, images and sounds mixed in the exploration of a metaphorical garden at night.

The following Friday will be the turn of Fabrizio Casti, Oscar Pizzo, Claudio Sinatti and Mauro Zurria together for a unique ensemble that combines piano and flute to an eclectic and original sound and visual work, with the music of Philip Glass, Somei Satoh, Giacinto Scelsi.

On Saturday, October 1 the Castle will host Helycrisum Stoechas, pictures and videos made by Svart1 from Cagliari. The video is shot entirely in Sardinia (between the Cagliari Saline and Funtanazza) and industrial landscapes that capture the stunning backdrop to dark sounds and heavy array of dark-ambient.

Followed by Treasure Hunt, the concert came from a search of the residence resulted in compositional Art Ikue Mori, Maja Ratkje and Sylvie Courvoisier, Alessandro Olla and Simon Balestrazzi: the objective is to explore and test sound, as in a treasure hunt, starting from different tracks and get to explore geographies, sensitivity, far – away experiences.

On the final evening, the Department of Architecture of Cagliari, is entrusted to a unique interaction between the greek-roman fight and experimental music: starting from the stimulus provided by two athletes engaged in combat, Gianluca Pischedda and Francesco Calandrino create an improvisation sound that draws on the disciplines of physics and Motor. Calandrino, from Sicily, is an eclectic artist who works in the field of sound research through the use of low-fi equipment.

In closing, eRikm, artist of Marseille, will propose a set of sounds and music on vinyl, where the composition is based on a process in which accidental sound construction come together as thought, instinct and an extraordinary musical sensitivity. 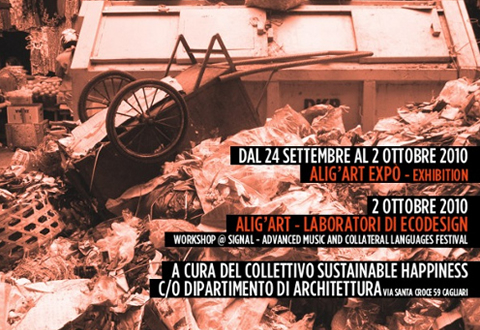 The session will take place in various laboratory spaces at the Department of Architecture, in Via Santa Croce in the Castello district of Cagliari, and at the headquarters of TiConZero, in via Libia 9 in Quartucciu (Cagliari). Like every year, great space to work on improvisation, composition, research: Geography Sound explores the creative possibilities arising from the encounter between different sensibilities that will gather for an artistic residency in the study the TiConZero between September 25 and October 2: Ikue Mori, a Japo-American artist considered one of the pioneers of the no-wave and noise, which is currently committed to working with artists like John Zorn Electric Masada, Maja Ratkje, Norwegian composer and electronic musician, and Sylvie Corvousier, French composer and pianist who moves between radical jazz and contemporary improvisation.

The ARCHITECTURAL MAPPING laboratory is based upon external projections(Department of Architecture, from September 27 to 30) and uses the software Quartz Composer: the teachers are, Manuel Carreras, Marcello and Michele Casanova Cualbu who illustrate the possibility of using the façade of a building as a three-dimensional screen to enliven and decorate.

The novelty of 2010 SIGNAL ALIG’ART workshops will be devoted to creative recycling with three events scheduled on Saturday October 2, at the Department of Architecture: ECOPAPERDESIGN, edited by Michael Casanova, using paper and cardboard in furniture production with zero environmental impact; MY TRASH HOME designed by MadeInTrash, with the aim of giving new life to obsolete or insignificant objects using creativity, and SOUND RECYCLING, edited by Michael Taylor, on the production of sounds starting from recycling of everyday objects.

By the collective Alig’Art Sustainable Happiness is the project which includes a workshop and an exhibition ALIG’ART EXPO’. Strictly recycled materials, that have lost their function and have acquired a new vitality, musical instruments born from materials no longer useful or processing residues are the focus of this exhibition that can be visited between September 24 and October 2 in the Department of Architecture spaces.