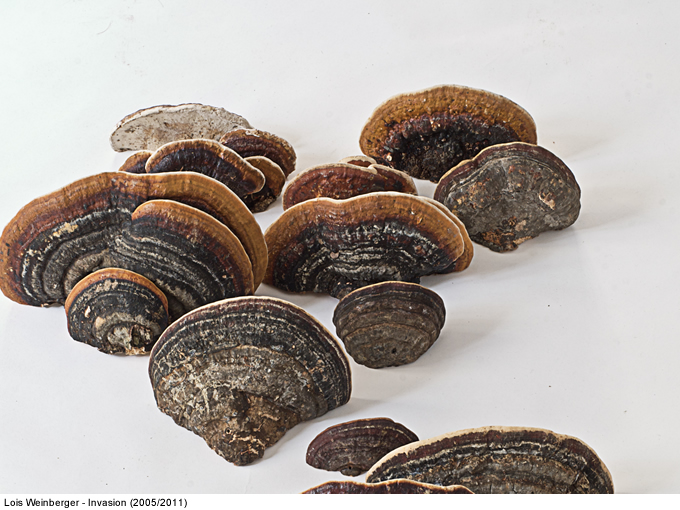 In the Lois Weinberger Gift exhibition, S.M.A.K., the Museum of Contemporary Art in Ghent, presents 16 works which the Austrian artist Lois Weinberger (b. 1947, Stams) donated to the museum in 2014. To this are added a number of works that were already part of the museum’s collection.

In 2005, S.M.A.K. mounted Weinberger’s first properly underpinned retrospective in Belgium. 19 of the artist’s works were acquired at that time. Together with his recent gift they make up the most substantial and representative museum ensemble of Lois Weinberger’s work.

Weinberger made his debut in the 1970s. The basis of his oeuvre is a political and poetic view of the notion of “nature.” According to the artist, nature is always whatever we understand by the concept of nature, and it is always changing and always culturally coded. He is convinced that the rather romantic image of nature as a primitive counterpart to culture is a misconception. 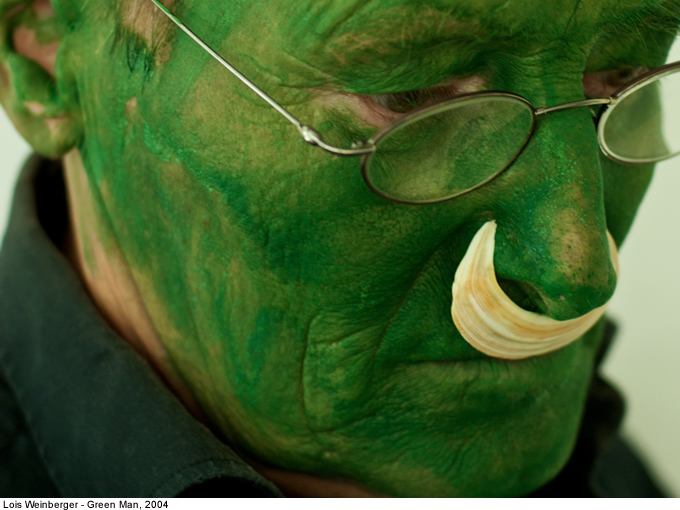 Since the 1970s, Weinberger has been demonstrating that the notions of “natural” and “unnatural,” or even “artificial,” are fused together. By means of minimal artificial changes he creates temporary places, leaving room for the free intervention of nature: guerrilla gardens and modular gardens for both indoors and outdoors. The artist also gives shape to his ideas in drawings, sculptures, photos, writings, slides, video installations and site-specific projects. Except for the first and the last, all these media are included in the presentation in S.M.A.K.

In Weinberger’s work, weeds symbolise the other, the alien, freedom and pure nature. For instance, by putting non-native, “foreign” plants among local vegetation, the artist creates real situations that function as a radical, uncompromising metaphor for our Western society and migration. “A society’s approach to plants is a mirror image of itself”, Weinberger once synthesized accurately. He uses plants as symbol for process, dynamics and change. In this way, his work implicitly adopts a point of view with regard to what is foreign, to migration, territory and nationalism, social dynamics, economy and ecology.

Weinberger’s garden or “Gebiet” – literally “territory,” but one could also interpret his visual world as a garden – is a scale model of contemporary society. Instead of fruitlessly trying to eradicate the invasive weeds, he opens his “Gebiet” to the potentially devastating impact and the erosive effect of the other – the weeds. In Weinberger’s visual world, such opposing elements as ourselves, the other and the foreigner, nomadic and urban life, the mythical and the everyday, visible nature (greenery) and invisible nature (the nature of the spirit), order (imposed by a power), chaos and anarchy, poetic gravity and light humour are brought into harmony with one another. 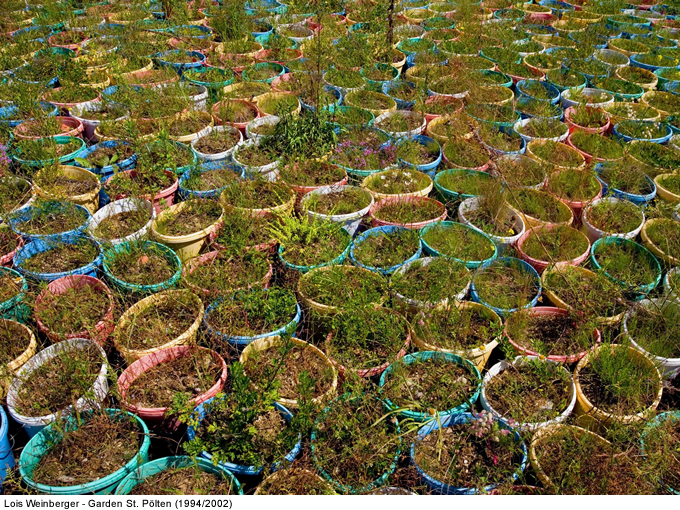 Weinberger is a pioneer among the increasing number of artists who deal with themes related to ecology and nature. As an artist, he was shaped by his experience with and in nature. Out of the knowledge that he gained mainly through his hands and eyes, he developed his vision. To a lesser extent, the artist was influenced by the legacy of Land Art and Joseph Beuys’s concept of nature. Weinberger’s work also sometimes refers to Minimal Art, in particular to one of its prominent aspects, the disappearance of the artist’s hand.