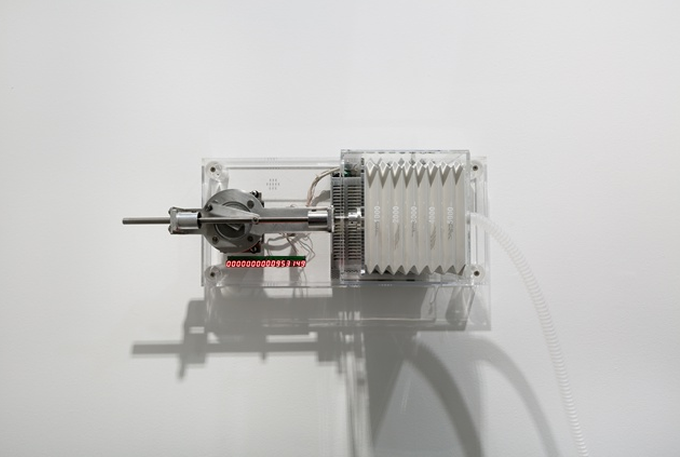 Entitled Obra Sonora (or ‘Sound Work’ in Spanish), the exhibition takes sound as its primary medium, featuring four acoustic installations by the artist, two of which will be shown for the first time. Following the concept of “speakers as pixels”, these installations use multi-channel audio to panoramically represent sound data, ranging from the voice recordings of thousands of gallery visitors, to national anthems past and present, and the complete works of eleven classical composers.

Together, the exhibition will comprise over 3000 speakers, each playing back a different channel of audio across several massive sound banks. Despite the acoustic density of the installations, each work will generate soft, immersive sound layers, inspired by the spatial research of composers like Karlheinz Stockhausen, Edgar Varèse and Alvin Lucier.

In Pan-Anthem (2014) hundreds of national anthems are poised to play, upon the approach of the viewer. Individual movable speakers are magnetically fixed across the wall at the front of the gallery, precisely arranged to visualise a set of national statistics: whether population, GDP, land mass, year of independence, or percentage of women in parliament, to name a few possible arrangements. For example, at the gallery the work is configured to show the spread of national military spending per capita, on the far left of the wall the public can hear the anthems of countries without military forces like Costa Rica, Grenada and Andorra. As they walk to the right, they are able to hear India 2.5 m away, then China 5 m away, the Canadian Anthem plays at 6.5 m, Russia at 7 m, UK at 7.5 m and finally the United States’ ‘Star Spangled Banner’ plays with the anthems of Israel, UAE, and Saudi Arabia at the far right of the room, 8 m away. As a visitor approaches a particular set of speakers, these start playing automatically, creating a positional panoramic playback of anthems associated to specific metrics. 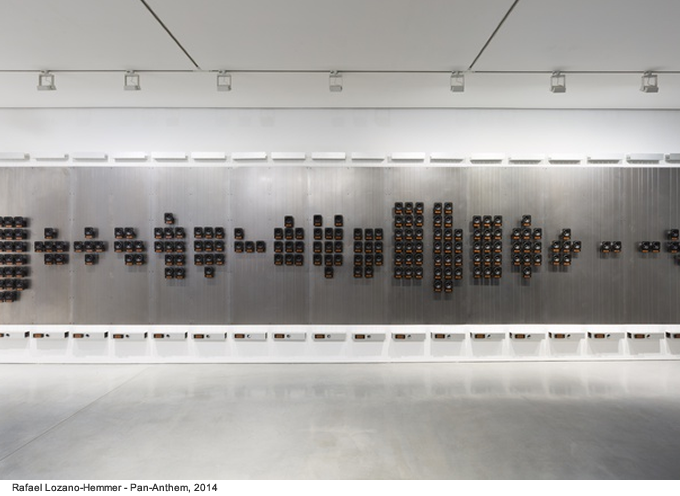 Last Breath (2012) is an installation designed to store and circulate the breath of a person forever. As a biometric portrait, the piece works as a living memorial to a respected poet or singer – in this case, the work stores the breath of Cuban singer Omara Portuondo, of Buena Vista Social Club. Her breath is perpetuated through a small brown paper bag that inflates and deflates automatically thanks to motorised bellows. The apparatus is activated 10,000 times a day, the typical respiratory frequency for an adult at rest, including 158 sighs. The breath circulates between the bellows and the paper bag through a ribbed transparent plastic tube that emits a faint and hypnotic sound. Upon Omara Portuondo’s death, people will be able to visit her ‘last breath’ at the National Museum of Music in Havana where the piece will be permanently installed. The second iteration of this broader series is in the collection of SFMOMA and holds the last breath of American avant-garde composer and accordionist Pauline Oliveros.

Voice Array (2011) is an interactive installation that uses glimmering white LED lights to visualise and play back the voices of thousands of gallery visitors. As a participant speaks into the intercom system, his or her voice is automatically translated into flashes of light and this unique blinking pattern is then stored as a loop in the first light of the array. Each new voice pushes all previous recordings one position down the array, so that gradually one can hear the cumulative sound of hundreds of previous participants. Finally, the voice that was pushed out of the array can be heard by itself, like a memento mori, a testimony to the constant passage of content in this ‘crowd-sourced’ work. The scale of the installation for Carroll / Fletcher is its largest yet, consisting of 1,856 LED lights controlled by 928 independent sound channels, creating a fully immersive room with 29 metres of animated linear wall space.

Sphere Packing (2014) is a series of 3D-printed spheres designed to concentrate the entire musical output of a composer into a singular multi-channel device. Each sphere represents a particular composer, and contains a tiny loudspeaker for each of their musical works. The size of each hanging orb is therefore directly proportional to how prolific the composer was. For example, the sphere for Wolfgang Amadeus Mozart is 35cm in diameter and holds 565 loudspeakers playing simultaneously his 565 different compositions, while the one for Gustav Mahler is 11cm in diameter and plays his 39 compositions across 39 loudspeakers. Gallery visitors standing a few metres away from a sphere will hear a faint murmur of sounds, as each score plays at once. As the visitor moves closer, they will be able to listen to individual speakers and hone in on specific compositions. The series is inspired by American composer Charles Ives’ practice of simultaneity as a compositional tool. 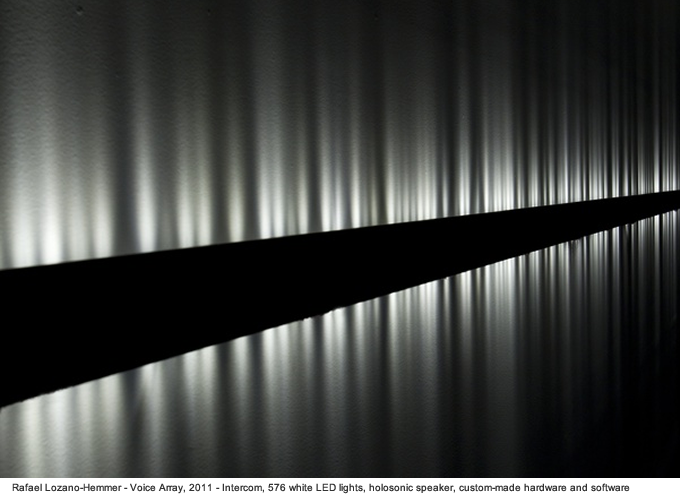 On 25 October 2014, the artist will debut a specially commissioned sound sculpture to be permanently installed at the new Information Age Gallery at the Science Museum in London.

Rafael Lozano-Hemmer (b. 1967, Mexico City, Mexico; lives and works in Montreal, Canada) has held recent solo exhibitions at the San Francisco Museum of Modern Art, the Fundación Telefónica in Buenos Aires and the Museum of Contemporary Art in Sydney. He was the first artist to officially represent Mexico at the Venice Biennale in 2007. He has also shown at Biennials in Havana, Istanbul, Liverpool, Montreal, Moscow, New Orleans, Seoul, Seville, Shanghai, Singapore and Sydney. His work forms part of several major museum collections including MoMA in New York, MUAC in Mexico, and TATE in London.

Previous Lozano-Hemmer sound installations include the recent public art installation Voice Tunnel (2013) where participants used their voice to transform seven city blocks of the Park Avenue Tunnel in New York City; the memorial for the Tlatelolco student massacre in Mexico City entitledVoz Alta (2008); and the radio electric scanning shadow-playFrequency and Volume (2003) installed at the Venice and Singapore Biennales, the Curve at the Barbican, Louisiana Museum in Denmark and the National Taiwan Museum of Fine Arts. 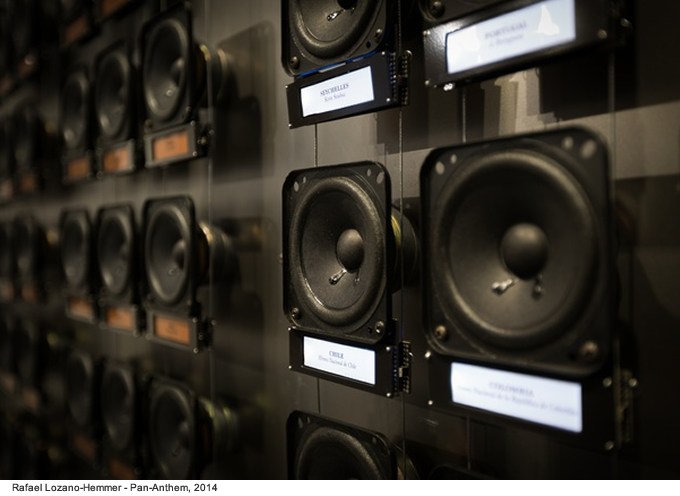