Moments in Hardware History: the birth of DullTech? 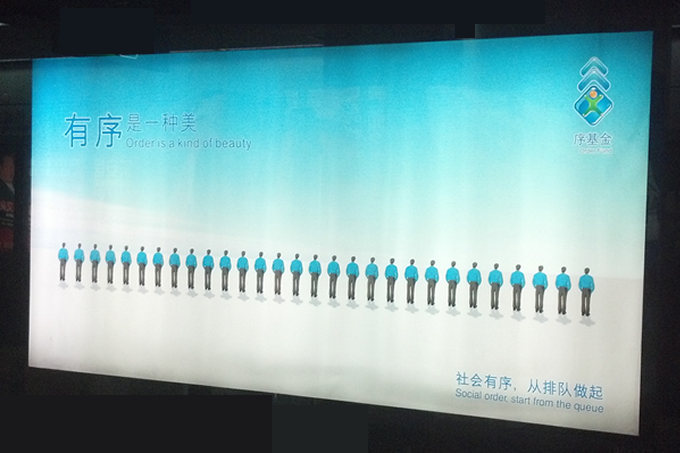 As the final official Dutch participant of the OCAT residency program in Shenzhen, Constant Dullaart has left a significant mark on the world of Internet Art in China. Last interviewed on this website just a year ago (link: http://www.digicult.it/digimag/issue-072/law-of-the-instrument-an-interview-with-constant-dullart/), this conversation checks in with Dullaart again with a very specific focus on his relationship with China and, in particular, its Internet.

Although Internet aesthetics and modes of transmissions are increasingly harnessed in mainstream Chinese Contemporary Art (and there has been a parallel new media scene for at least a decade), the amount of work actually dealing with Network Technologies, in a vernacular sense, remains microscopic.

In light of his own practice—always bringing a very human and affective if not sentimental touch to the corporate and anonymous spaces of the web—this makes Dullaart an ideal interlocutor as to what is happening and what remains to be done on the Chinese Internet. 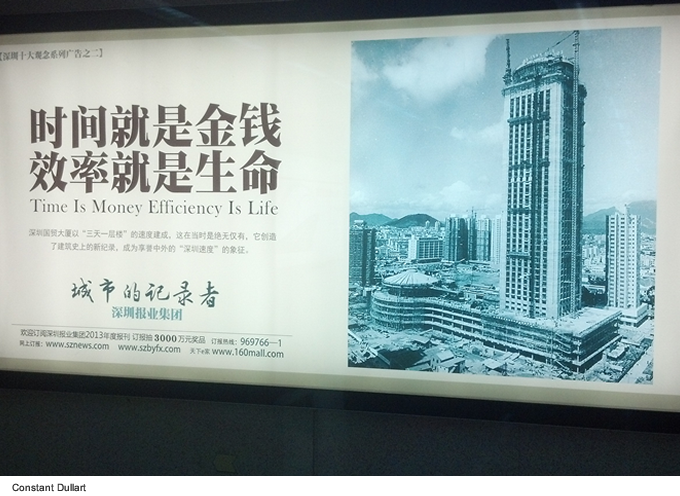 Robin Peckham: You spent some time in Shenzhen last year and I’m mostly interested in the intersections of the art world in China and the broader Internet Art world that this might represent. How did you negotiate the tech scene there when you first arrived, in terms of being in one of the physical logistic hubs of an often “immaterial” industry?

Constant Dullaart: Some friends of mine had contacts in Hong Kong and Greg Leuch (http://gleu.ch/) introduced me to some people working with portal Seeed Studio (http://www.seeedstudio.com/depot/): I also had done some online research. It seemed there were mostly product designers, and some engineers trying to huddle around the source of the world’s consumer electronics.

It was still quite hard to research how things were actually produced on a large scale, however. I visited some trade fairs and tried to contact several producers with crazy schemes, by chatting on QQ and posing as a businessman. But I figured out that the only way to really figure out how the industry works would be to really get something produced.

A few months later I had the opportunity to visit the factories of the company I am working with at the moment, producing my recent product. But I’ll come back to that. 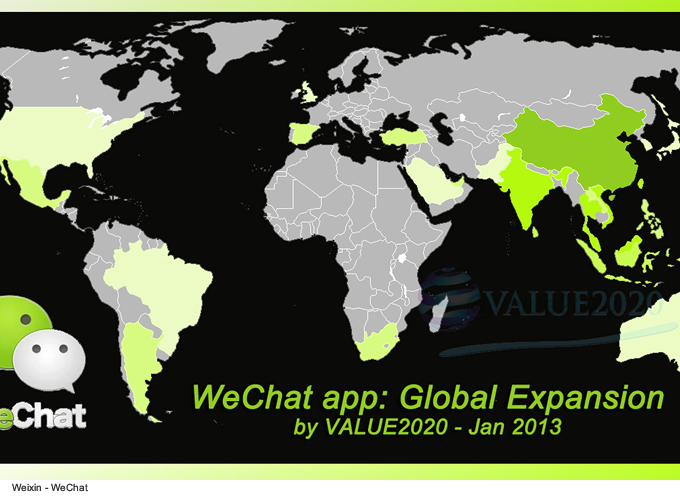 Robin Peckham: You’ve been working on Chinese social networks like Weibo (http://www.weibo.com/) and Weixin (http://weixin.qq.com/). Do you see these as direct analogues of their Western equivalents, or are they fundamentally different beasts? Have you encountered anything else interesting happening on the networks?

Constant Dullaart: This is something I can not investigate as well as I would like to, since I am not communicating well enough in Mandarin. Chinese friends told me that they are barely checking Weibo anymore, and Weixin (WeChat) is now the main communication platform, long before I could have figured that out. As far as I can see the differences between Weibo and Facebook are quite interesting, mostly formal, and with many small details.

Weibo was always more of a combination between what Facebook and Twitter do in the west, being the main social media in China for quite a long time. The guidelines are also clearer, and you will be reminded about what to post and what is counted as inappropriate. But most importantly, you can win virtual medals for posting, getting followers, and correctly flagging inappropriate posts.

Weixin, on the other hand, is a combination of Twitter and a program like iMessage or WhatsApp. Mainly a mobile platform, it adds a social home screen to a mobile chat platform with easy to use audio messages and other functions. Often accused of stealing features from other software, it seems quite aggressive but works great in all its functionalities. There are fundamental differences, as I see them, mostly on the level of the companies’ identities. The Western equivalents seem to have something rebellious, young, and cheeky, like how Facebook would have come from Fuckbook, while the Chinese counterparts seem to be very traditional businesses. 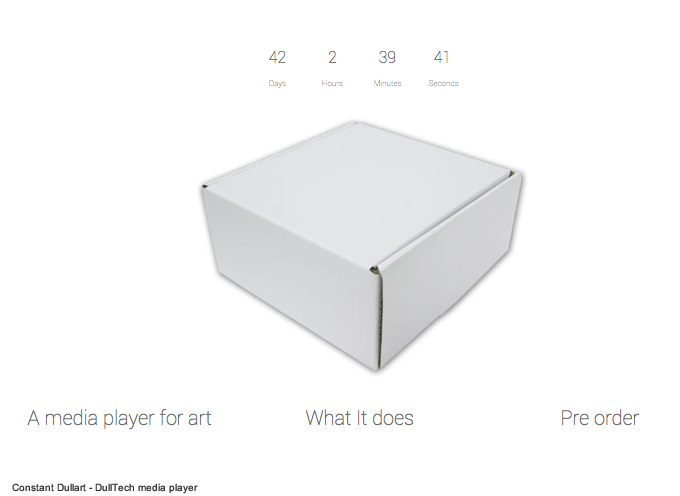 Robin Peckham: There’s also the manufacturing aspect of your time in Shenzhen, which you touched upon earlier. I’m thrilled by this idea of this media player that you have developed with the new project DullTech (http://www.dulltech.com/), in which you’ll be preloading your work onto and then distributing to institutions. Is it this distribution aspect that you find more important, or the process of producing a piece of hardware as art work?

Constant Dullaart: The whole process of making this media player has become part of the artwork. Working with the company’s technician — his English name is “Eagle”— visiting the factory, figuring out import duties, designing the box. All of it is part of making the artwork, just as cutting the marble is part of sculpture. I really wanted to do this project in order to understand the chain of events necessary in the contemporary production of consumer electronics.

The project consists out of multiple layers, however. Since the media player started from personal grievances with making video installations through remote instructions, it began with a personal longing for a cheap media player that could be a standard for artists.

The way the machine is designed, or functions, can been seen as an artwork, especially with the brand name, which I chose as a reference to my last name: DullTech. But it is also a way to package my art work, since one of my videos will be featured on the machine as a screensaver (http://www.dulltech.com/). The functionality of the machine functions as a Trojan horse, where an institution buys the easiest and best media player available for video art, but at the same time also acquires my work. 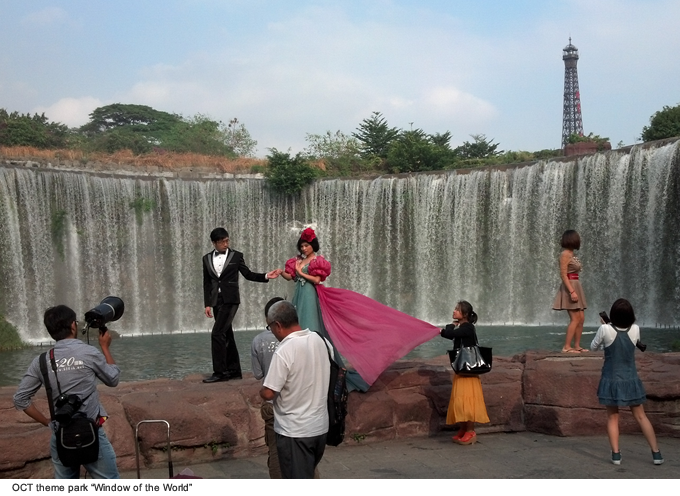 Robin Peckham: And finally, how did you start working with the OCT theme park “Windows of the World”? Moreover, how do you position yourself as a European intervening in the Chinese consciousness of American culture? How does this project fit with the remainder of your internet culture-oriented practice?

Constant Dullaart: The “Windows of the World” (http://en.wikipedia.org/wiki/Window_of_the_World) was built in 1994, the year my father died. I realized my grief for my father dying was now 18 years old,  and therefore grown up. But this vision of the world was also 18 years old, and possibly just as outdated. After 1994 China opened up more and more politically, and the Special Economic Zone in which the park is situated, instigated by Deng Xiaoping, reached incredible levels of success. Lots of people were dealing with foreigners, more people got to travel outside of China, and the park seemed to function as an educational tool as much as a symbolic gesture of accepting the rest of the rest of world within its borders. Since the recent widespread use of the internet in China, however, the educational purpose of the park has declined strongly.

There is a sister park in Beijing that rarely sees visitors anymore. The Beijing park actually features an airplane, which was intended to let visitors feel what it was like to sit and eat on a plane. And of course, these large-scale models referencing famous landmarks seem outdated and remarkably endearing to me.

Suddenly I felt the urge, as a Dutch artist on a funded residency project, to do a performance in between the windmills. I filmed the moment when the Niagara Falls in the park were switched on at 9:30 in the morning, how the “African” dancers were actually slightly darker Chinese people from Yunnan province—which was supposed to mean they were also good at dancing. And I have made a proposal to hold a ceremony on the 11th of September before removing the World Trade Centre towers in the park’s version of Manhattan. The theme park entrance says “Welcome to our World,” which I interpreted in three different ways:

1. Welcome to the world you and us (China) share.

2. Welcome to the our version of the world.

3. Welcome to the world we have claimed.

It felt like it stood as symbol for the world, just as the internet tries to do. Both are failing in very poetic, charming, and beautiful ways. This is why it seems to be a pretty good sculptural metaphor for the fact that the United States controls most of the net’s infrastructure, and continues to be the largest mass culture exporter in the world, while an information war is raging through the transatlantic cables. Only one side of which is partially revealed by Mr. Snowden… 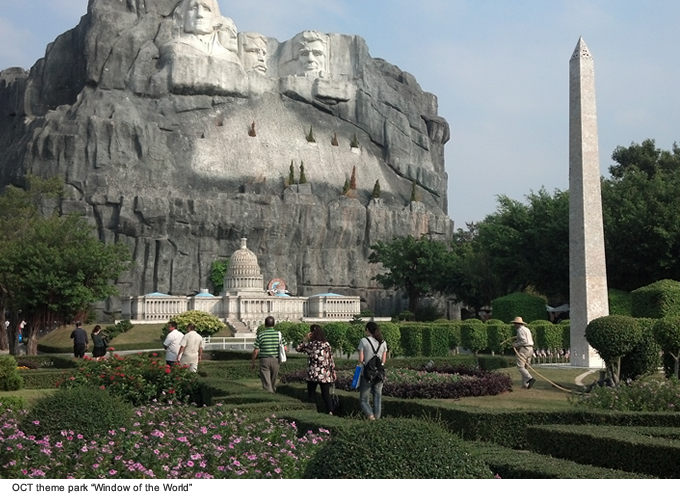 Robin Peckham: Is there anything else you’d like to touch on after finally moving into the last stage of your work in Shenzhen?

Constant Dullaart: The heterotopia is indeed due to China being a world unto itself (within the wider world), but also because the “Windows of the World” is such a non-place. It represents the world, but in such an artificial way that it also removes itself from the real world at the same time. And representing the entire world within a small part of the world actually shows that small and closed-off part of the world its own local imago, and simultaneously tries to make the world feel like a global village. Hopping between one miniature country and the next it feels like the world is small, but then, realizing that you are still within a country that only opened up to the world a few decades ago, it creates a sort of intellectual vacuum. 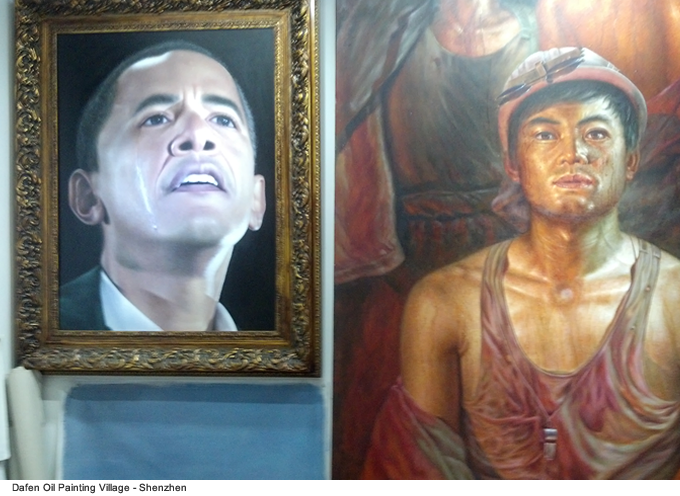 Robin Peckham: Since the residency program in Shenzhen will no longer continue in the same form, what do you think is missing? Do you think it is still interesting or important for the art world, and particularly the Net Art world, to maintain a window on this world of manufacturing and copy technology?

Constant Dullaart: Well, the residency program will continue, but only on invitation and not in cooperation with foreign funding institutions. Initiatives like Seeed Studio in Shenzhen are very important for the creative technology field, and I wonder if artist residencies for visual artists might make sense in that context. In that regard I would want to go to Guangzhou to get inspired by the explosive energy of South China. To enjoy that wealth of knowledge, not only in the technology field but also in terms of how South China relates to the rest of the country is incredibly worthwhile for artists to experience. And the copy-tech scene is always worth a trip to Shenzhen to explore.