Mediating Beach. A comment on “Networking the Unseen” exhibition

In 1753 Jacques Bellin was one of the most famous cartographers of the world thanks to his work with the French army; a member of the Royal Society of London and the Académie de Marine, he had already produced maps of Canada and North America when he released one of the first maps of a continent in the southern hemisphere as great as mysterious, discovered over a century earlier by Dutch explorers.

The description of the west coast is detailed, while that of the northern, eastern and southern areas pays the fact that no European explorer had not yet managed to sail around the continent. Since it was discovered by Europeans, Australia has been a challenging place for the analyzing and mapping aims belonging to the Enlightenment approach.

The vastness of its land and the harsh environmental conditions have stumped generations of explorers who wanted to discover the mysteries hidden in the outback; here, the communication systems that in Europe and America were changing the lives of millions of people failed miserably. This is a place whose peculiarities are difficult to flat and standardise; if until not long ago, physical violence was the solution used to hygienise it, now the methods are more subtle but no less intrusive. 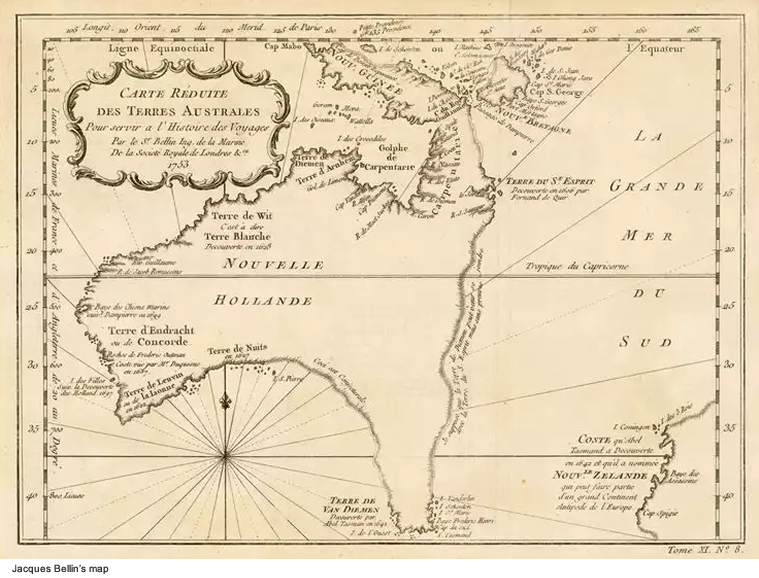 These are just some of the issues that the exhibition Networking the Unseen – closed the last 16th of August at Furtherfield – suggested to the public who visited it in this hot London summer. Curated by Gretta Louw, it has been a project that involved the cooperation of Australian artists from different communities that are investigating how aesthetic and technology imported from the Western countries can be declined according to local social customs, proposing new and imaginative solutions.

The internet, social media and all the other common platforms of today’s digital culture are the Californian Ideology’s products; the logic with which these platforms are developed serve a purpose in which the line between marketing and social utopia fades almost to disappear. Employing a unique flattening system to link people from all corners of the planet is the consequence of a process coming with the invention of binary code, i.e. a language that can translate any message in a set of minimum data.

What is made in California to work in a certain way, however, is not necessarily used in other parts of the planet as such; an engineer from Cupertino can make a design choice because he knows that it will improve the lives of people like him, but can not predict how it will be perceived by those who do not share his cultural background, his status social or even the geographical position. 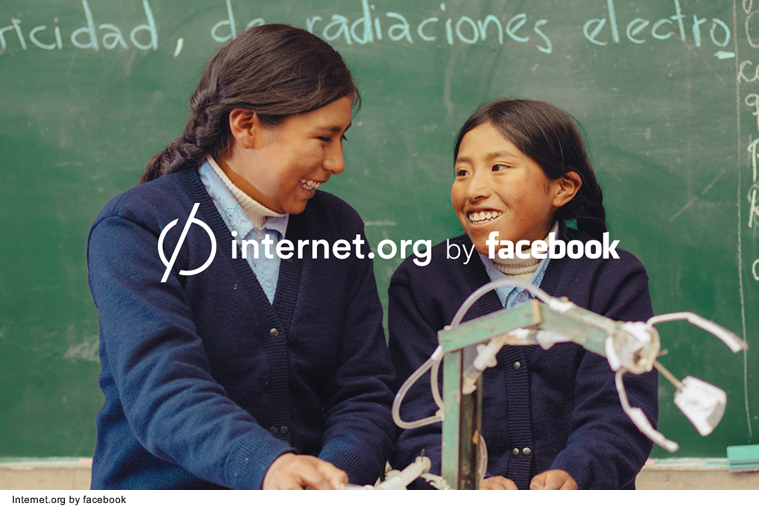 Big companies seek to eliminate the local characteristics bringing their platforms to the most remote places of the world indoctrinating people to use them in the “correct” way, often eliminating potential competitors; a research of a few years ago showed that millions of people use Facebook without knowing that they are using an internet connection (“Millions of Facebook users have no idea they’re using the internet”, 9 February 2015), whole populations in a theoretically postcolonial age suffer (again) a cultural colonization.

Projects like Project Loon and Internet.org, respectively funded by Google and Facebook, are the vanguard of a transaction on a global scale which should lead to the standardisation of communication methods. The idea of breaking down language barriers to get a single way to communicate is both utopian and dystopian – it all depends on how important we consider the plurality of thought. In view of these companies, indoctrination should be done in a hygienic way, without smearing; the object A is brought from X to Y without changing. Fortunately, the truth of the facts is not like this.

Visiting the exhibition in McKenzie Pavillion, at the centre of the placid Finsbury Park in North London, I could not help but continue to think of the famous Melvin Kranzberg’s first law: “Technology is neither good nor bad, but it is not neutral”. Although the works selected by Gretta Louw cover a wide range of approaches to the issues listed above, every one of them tried to analyze how the technologies are not neutral, studying the liminal zone between the original intention and the alternative use, including what that once we would have defined “advanced civilization” and “primitive use.” 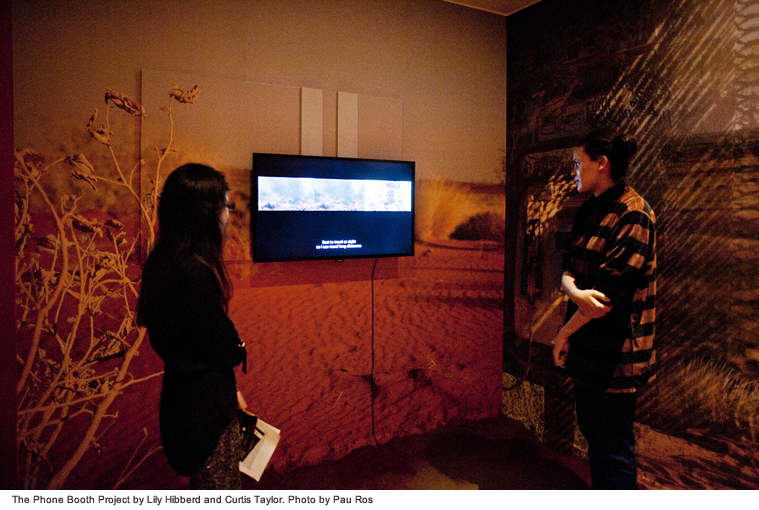 The work that exemplifies this approach is Name That Beach (2013) by Jenny Fraser, a montage of scenes set in the beaches taken from Western movies like The Blue Lagoon (1980) and Surf Nazis Must Die (1987); the beach is the piece of land that divides the inland from the sea and that becomes a battlefield, a meeting place, or a possible site for utopian society.

The importance of the beaches for Australia cannot be underestimated; it seems that Aboriginal people have arrived in Australia by sea departing from South East Asia 40,000 to 70,000 years ago and it was only in 1606 when the Europeans reached its coasts with Dutch navigator Willem Janszoon.

To map a place means to possess it, according to Western logic; it is no coincidence that Elizabeth I wanted to be portrayed pointing British colonies on a globe, and neither is the fact that Antarctic Circle explorers were funded by patriotic societies who dreamed of discovering new territories to give to their countries. In this sense, the unprecedented task of mapping the planet Earth (and Mars!) taken by Google in recent years can not but make us worried; to impose your criteria on an object often means you can claim some power over it.

Physically installing new communication platforms in one place is not much different from colonisation; it forces a community to use a grafted method, born in other contexts with other customs. Thus, to use what is not new means to go against this imposition, against the speed with which the West welcome the announcements of new devices and platforms.

The Phone Booth Project (2012) Lily Hibberd and Curtis Taylor covers exactly this approach; in the Western Australian desert region, the Martu communities use the old telephone booths to randomly talk to each other. In this area, there is not access to an internet connection and almost no one has a personal phone; the telephone network, created with precise finalistic purposes, is freed from the task of sending and receiving messages by defined individuals and can function as a platform where serendipity reigns.

When a person dials the phone number, she has no idea who will respond or what they will talk about; this recalls the curiosity of radio amateurs who try to capture signals from all over the world and the thrill you feel every time you visit Chatroulette; to lack an established social etiquette to communicate is a possibility endangered by the influence of flattening online communication platforms. 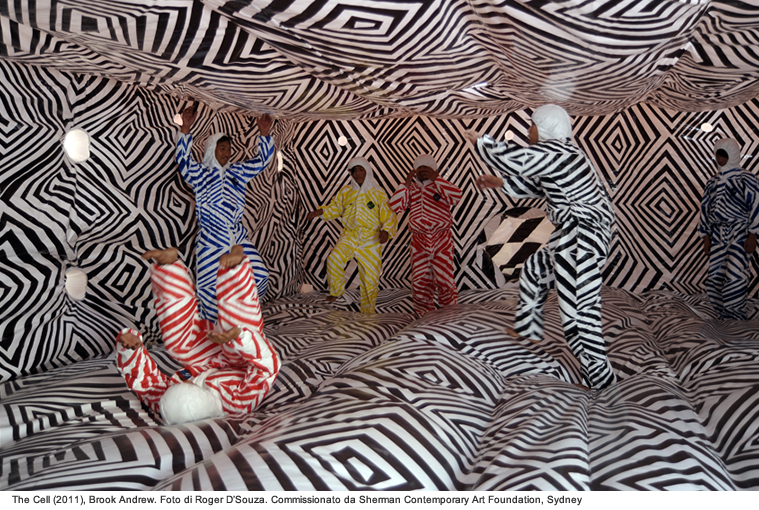 The idea that Aboriginal communities find themselves more comfortable with digital culture compared to Westerners is the second important point of the exhibition; it is no coincidence that one of the first works that you see when you enter the pavilion are the costumes by Brook Andrew for The Cell (2011), overalls decorated with a Wiradjuri/op-art pattern that seems to copy the visuals used by Alva Noto in his performances.

In a sense, this juxtaposition remembers what Fritjof Capra stated in “The Tao of Physics” (1975); ancient cultures had predicted processes and systems not yet measured or invented by the Western mind so we can find in them answers and possibilities that we have not yet considered. This is a problematic position; when a culture can be defined as dominated? When it’s stripped of its customs and traditions? When other values are imposed on it?

The curator of the exhibition is well aware of this issue and in fact sets out her response with Yumurrpa (2014), a picture of her with the Aboriginal artist Neil Jupurrurla Cooke where the relationship of mutual respect and dialogue that exists throughout the exhibition is clear. 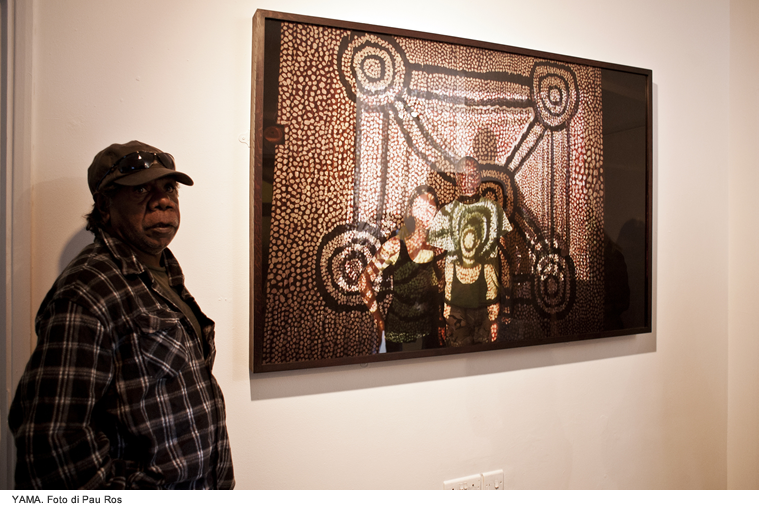 The last room hosts YAMA, an installation consisting of paintings on the wall, floor projections and digital picture frames. Here the two main themes of the exhibition (cultural colonialism and lateral approach to corporative technology) converge stating clearly but not didactically the aims of the project; kitsch frames with dolphins and roses are used by Aborigines for their selfies, shrinking intrigued and amused, while in “Desert Is Still the Desert in a Digital World?” (2012) we see the artists of Warnayaka Art Centre carry out a live performance on the occasion of an exhibition of Gretta Louw in Berlin.

Networking the Unseen has been an important opportunity for dialogue that has put the spotlight on the question of how to approach another culture, even before showing how you can learn and collaborate with it. Technology is not neutral and can be used to find a grey area in which we can communicate; an unexplored beach where we decide how to mediate between our peculiarities.