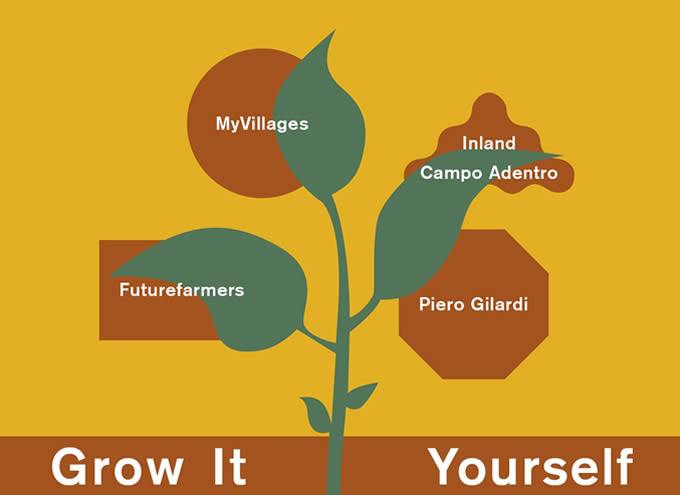 Part of the 2015 artistic programme of Turin’s PAV, Grow It Yourself is the second collective exhibition curated by Marco Scotini. After the success of the Vegetation as a political agent project, whose aim was to restore a political history to the vegetable world, Grow It Yourself focuses on some recent international experiences of cooperative forms of social and communal reproduction: from collective farming practices, to community organisations, from farm systems to the growing movement of urban kitchen gardens, the exhibition brings together a series of experiments in which agricultural production, in the self-management of natural resource and its consequences for food policies, traces a constituent relationship between artistic practise and social ability.

In a moment of crisis of life systems such as we are currently experiencing, is it possible to resist being subordinated to neo-liberal production relationships and avoid control by monetary and market economics? In other words, is a non-capitalistic use of natural resources possible, an opposition to the expropriating and extracting model of development that has been imposed at every latitude of the globe? How should we react, for example, when faced with the recent approval of the Transatlantic Trade and Investment Partnership (TTIP), between the United States and the European Union? Can the Commons experience be considered as the basis of a new production method?

The social experiments collected in the Grow It Yourself exhibition state, in their articulations and in the evidencing of micro-politics bordering on artistic practices and rural arts, that agriculture today can become a method of resistance and land, which can begin to establish collective subjectivities. The exhibition has developed through the research carried out by the collectives Futurefarmers, Myvillages, Inland-Campo Adentro (created by Fernando Garcia-Dory with various participating artists) and, ultimately, by means of a previously unpublished contribution by Piero Gilardi. 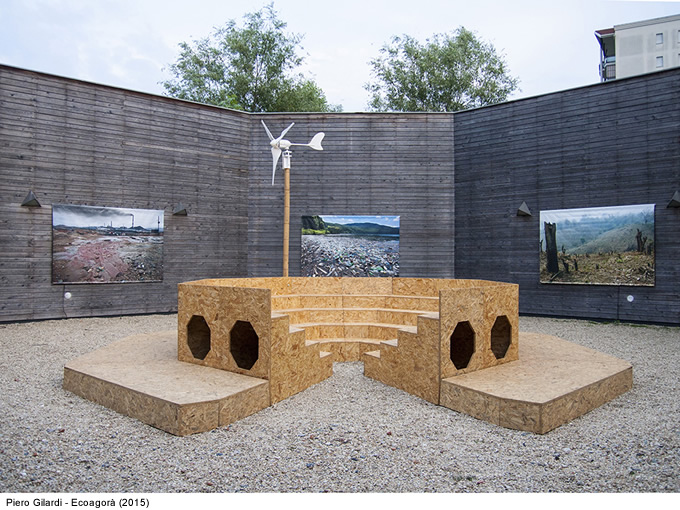 These experiences, located somewhere between artistic and agricultural practices, voluntarily set themselves up as alternatives to dominant models of capital and the consumerist logic of the neo-liberal market, of wide scale distribution and their effects on contemporary society and the environment, both physical and social, through to the affirmation of a “food sovereignty” in a process of bringing together the land and “rural urbanisation”. In effect, in Grow it Yourself, agro-food politics and the dynamics of production are investigated, as are the power relationships that regulate current methods and forms in which produce from the earth can become food.

Undoubtedly, education about food and individual and collective health issues do not escape the perspective of conflict relating to common assets. This is the space within which Grow It Yourself lies and which, beginning with Do-it-yourself ethics and practices, questions the monopolistic dynamics of wide scale agricultural distribution, favouring self-production as an indispensible method if we want to regain control of food production, regenerate the environment and provide for subsistence.

The Myvillages collective (an initiative of international inspiration created by Kathrin Böhm, Wapke Feenstra and Antje Schiffers in 2003) participates in the exhibition with the results of authentic collective efforts and with the works Made in Zvizzchi, Company. Movements, Deals and Drinks, I like being a farmer and I would like to stay one. There will also be an exhibition of the products that can be bought in the “sales points” of the series The International Village Shop, a project in which artistic creation intervenes directly in the weave of the relationship between production and commerce.

Futurefarmers (Amy Franceschini, Anya Kamenskaya, Stijn Schiffeleers, Michael Swaine and Lode Vranken) present video documentation of a number of works created in situ over a number of years. The exhibition will host Erratum: Brief Interruptions in the Waste Stream, Soil Kitchen, Annual Harvest and This is Not a Trojan Horse, shown both in video and sculptural forms, created thanks to the collaboration with the Accademia Albertina di Belle Arti in Turin. 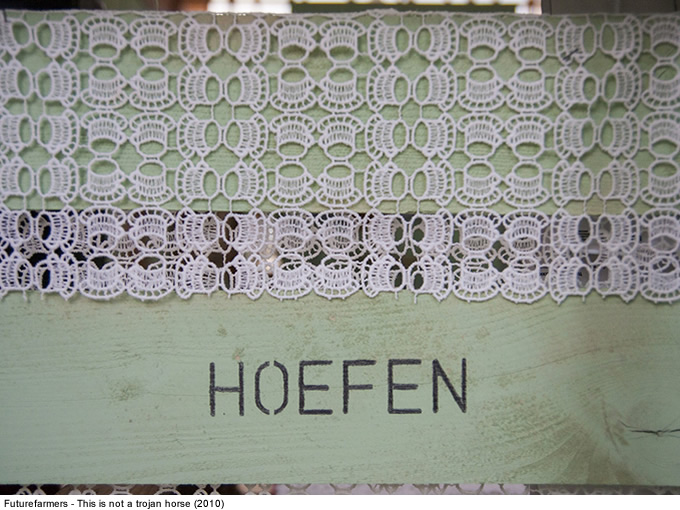 Fernando Garcia-Dory presents work done in Spain as part of the Inland – Campo Adentro project, born out of the need to stimulate a debate, within the metropolitan context, around the subject and urgencies of the rural environment. The exploration of the Spanish territory became the stimulus for elaborating new strategies for living in the country and the city, bringing down the dichotomous vision that characterises their relationship. Artistic practice, in this sense, aims to stand as a key for the transition of society towards a more sustainable future. Fernando Garcia-Dory has elaborated a panorama of this articulated project especially for Grow It Yourself, in which the works of Mario Garcia Torres and Susana Velasco will be present.

Finally, Piero Gilardi presents Ecoagorà, a small, octagonal amphitheatre in wood, the place for discussion and debate, which hosts, as well as people, symbolic objects of ecological reconversion (tools for organic farming, food and creative objects) and whose backdrop consists of the emblematic images of an ecological disaster. Ecoagorà does not limit itself to being purely representative but will be the actual theatre of the encounters that the structure evokes.

In effect, during the summer season, PAV will host intellectuals, artists and individuals from the rural world (amongst which will be Christian Marazzi, Silvia Federici etc.), in a succession of moments for reflection stimulated by the subjects tackled by the works on show. 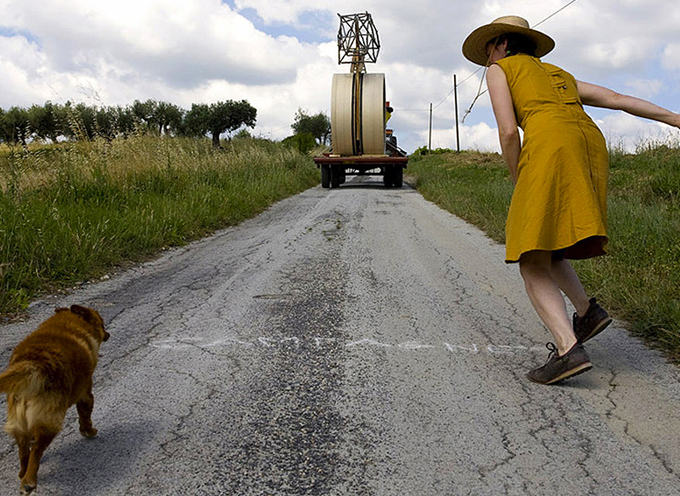 In the context of the exhibition Grow It Yourself, on July, Friday 24 and Saturday 25, the Futurefarmers lead the Workshop_44, as follow- up of the cooperation started with the group of young artists and students of Sculpture Techniques at the Accademia Albertina di Belle Arti in Turin, which have created a work by the collective. Always in the exhibition, will run a lab open to all public: Agripittura, neologism indicating an art form that comes from materials part of the landscape: earth, grass and any other natural or cultivated product.