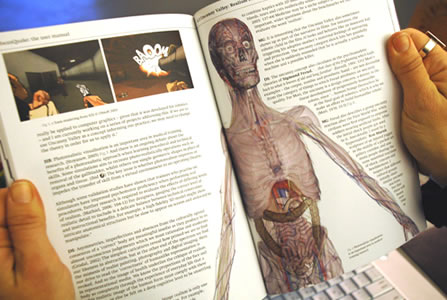 Games Art does exactly what it says on the tin; art that uses, abuses and misuses the materials and language of games, whether real world, electronic or both. The Games Art networking event will bring together artists, gamers, hackers, theorists, curators, activists, thinkers and doers all of kind. People who work and play with games, video games and playful practice.

Refreshments follow, and we’ll encourage you all to take part in an informal show and tell, so bring along some representation of your work, websites, objects, prototypes, whatever you have (within reason!) We will round off the event with an  open mic session of quickfire presentations; present your own or other’s work, offer services and skills to other projects or make a request for help with getting stuff done.

Part of the London Games Fringe, a festival of alternative gaming events at the end of October 2008, organised by artists, academics, gamers, game developers, educators and creative professionals from a wide range of different media: www.londongamesfringe.com .

More about the presentations

Games Art Curating it and Making it
Corrado Morgana , artist, electronic musician (retired) and researcher, will present his curatorial work with HTTP Gallery on the recent Zero Gamer and Game/Play exhibitions. He will also be presenting on his own practice which involves transgressive, emergent and glitch behaviour whilst utilizing game engine technologies. His recent work CarnageHug uses the Unreal Tournament 2004 engine to much gibbage and digital purposelessness. He will discuss how it came to be produced, it’s implications as a piece of software art, the ‘derivative work’ and the value of faffing, fiddling, pootling and noodling. http://gamecritical.net

Big Ball Bingo
Tassos Stevens from Coney will present their new ‘future sport’, Big Ball Bingo, a big outdoor event with a futuristic feel, commissioned by Lift and the Shoreditch Festival for Shoreditch people to play on Olympic Handover Day. This game is made from three connected components, a big ball game, a bingo game, and a very big ball game, and was developed through engagement with local community groups who already played these kinds of games. In advance of the Ballpark, Coney operated a fictional agency, Shoreditch Futures, run by time travellers from the year 2068 who were seeking the seed event of a future catastrophe by gathering stories of Shoreditch past and present from local people. How and why and what then happened will be revealed… More about Big Ball Bingo
http://tinyurl.com/4cs7rn 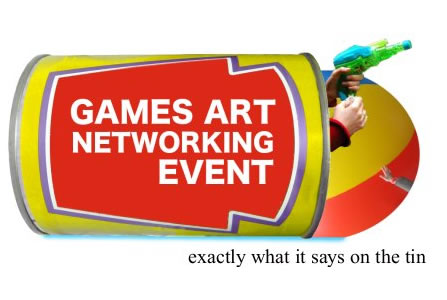 SwanQuake:House
Bruno Martelli and Ruth Gibson , London-based artists, working together as igloo will be presenting their site-responsive work SwanQuake:House which is currently exhibited at V22 basement. Through re-purposing media tools and combining them with re-modeled household objects, House simulates and reconfigures representations of an east-end underworld. The artists manipulate the space between the actual and the imaginary providing a counterpoint via the human form. Their practice is concerned with recreating environments and systems where coding joins hands with choreographies of the body. The exhibition is accompanied by a publication SwanQuake: the user manual.
http://www.swanquake.com/usermanual/index.htm

Pervasive Cheating
Holly Gramazio will be talking about Pervasive Cheating. Games that run in the real world – whether you call them pervasive games, street games, urban games, or anything else – can come up against a few particularly awkward problems. Cars that can genuinely run people over, for one; unreliable weather, for another; and loopholes in the game world that it’s really, really hard to close. Is there any way to stop people cheating at pervasive games? What counts as cheating – and do the cheating players agree? In a world filled with taxis, telephones, and GPS, is there any point in making rules about the technology that players are allowed to use, once they’re out of your sight? How do players cheat, and how does it affect the experience of the game, both for them and for everyone else?
http://severalbees.com/

Daphne Dragona is an independent new media arts curator and organiser, based in Athens with a special interest in the game arts field. She has been programme curator of Gaming Realities (Medi@terra, Athens, 2006), associate curator of Gameworld (Laboral, Gijon, 2007) and co-curator of Homo Ludens Ludens (Laboral, Gijon, 2008). She will be talking about how we define play today? What’s the role of play in a world that is itself a gamespace? As the game industry becomes richer and richer and a game art scene is growing parallel to it, questions arise regarding play’s real presence which seems to be under a process of continuous institutionalisation and commodification. Can we be critical about the projects, the exhibitions and the events we organise?
Interview with Daphne Dragona about Homo Ludens Ludens
http://tinyurl.com/44n89l

4.30 – 5.30 – Open mike session – Final ‘one to many’ presentations. Guests sign up for 5 minute spots to present their own or others’ work or to offer or request collaboration.

HTTP is the Gallery arm of online media arts organisation Furtherfield.org. HTTP have been involved with curating Games Art practice for several years having presented lat years. ‘Zero Gamer’ as part of the London Games Festival Fringe and the previous years touring exhibition ‘Game/Play’ which explored playful interaction and goal-oriented gaming explored through media arts practice. The associated publication featured over 20 contributions from writers, journalists and critics and was reported upon worldwide in media arts journals.