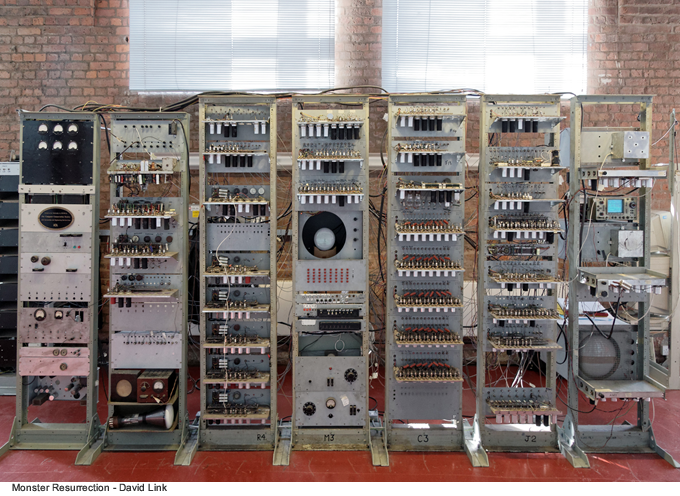 Obsolete machines are like monsters whose insides nobody understands any more – incomprehensible and scary. Once they’ve gone down it requires a joint effort of intellect and the art of engineering to bring them back to life again.

Monster Resurrection, a video installation by the artist and theorist David Link, portrays four British engineers and curators who practiced media archeology long before the humanities discovered this theme. Christopher P. Burton, John Harper, Tony Sale and Doron Swade worked intensively over many years on reconstructing four machines, which represent some of the milestones in the history of computing machines.

The interviews recount the reconstruction of the Difference Engine No. 2, which was developed by Charles Babbage in the middle of the 19thcentury and the Manchester Baby, the world’s first computer that was developed in Manchester in 1948. 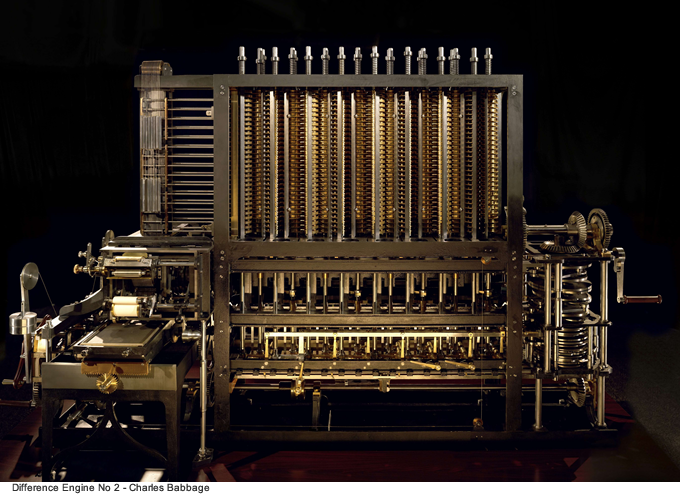 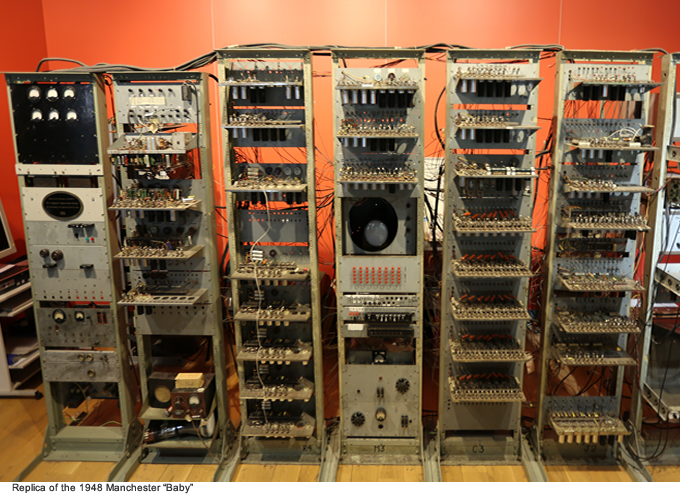 The engineers also report on the reconstruction of the Turing Bomb and Colossus, two machines that were developed during the Second World War in top secrecy at Bletchley Park in England, where scientists like Alan Turing succeeded in cracking the German armed forces’ encryption.

As the apparatuses had been destroyed or never finished they had to be reconstructed from scratch using original plans and photographs. Media archaeology projects like this are essential because a reliable history of these machines and the algorithms carried out on them can only be written based on these.

The collection of interviews in Monster Resurrection follows the team leaders of these four projects, their careers, the emergence of their interest in old apparatuses and the completion of the reconstruction project in detail. 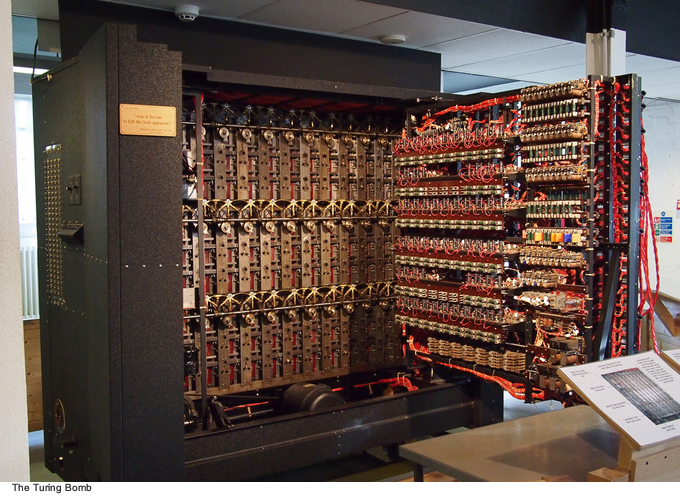 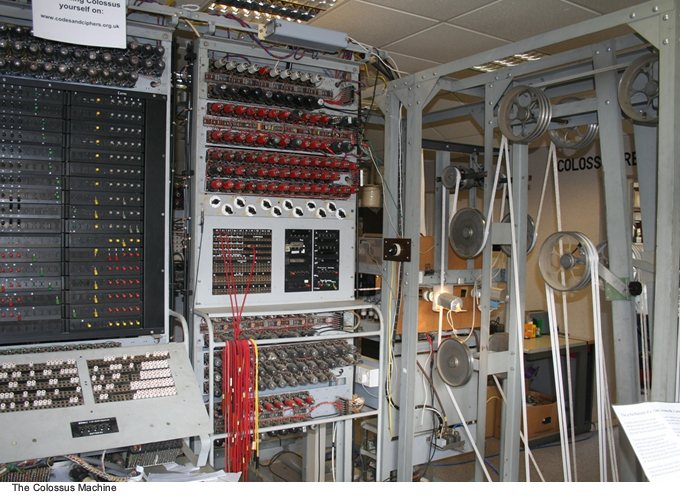 What were the factors that made it possible to accomplish authenticity? And how were those machine parts identified where this was not possible? The interviews are supplemented by demonstrations of the four replicas, which provide an insight into how they work.