When I tried to explain to my friend Marta what I was writing at six in the morning in my underwear in her kitchen’s counter she brightens up and explained: “You are going to have a personal blog then!” Take notes, her enthusiasm is purely fictitious given the early morning hours. Since columns on interior design, broken hearts, and personal financial aids already exist, mine will focus on digital interfaces (and on, broken hearts too).

Welcome to my column, better yet my palimpsest where I will guide you through interviews, dialogues and short papers exploring surfaces, gestures, authors, systems, and digital visions. Pretending we are toying with a lovers’ blog, I dare to say that as it is for love, so we can understand interfaces by how they make us feel, how they modify the way we think we own a place, how they give us a module on identity, and even how we seduce others through them.

Love is not the only mysterious object we can grab on to understand how to study interfaces and how they affect other fields. We could think of them also as a black hole that we can grasp by the light that it absorbs and it bends. What will be our events’ horizon? 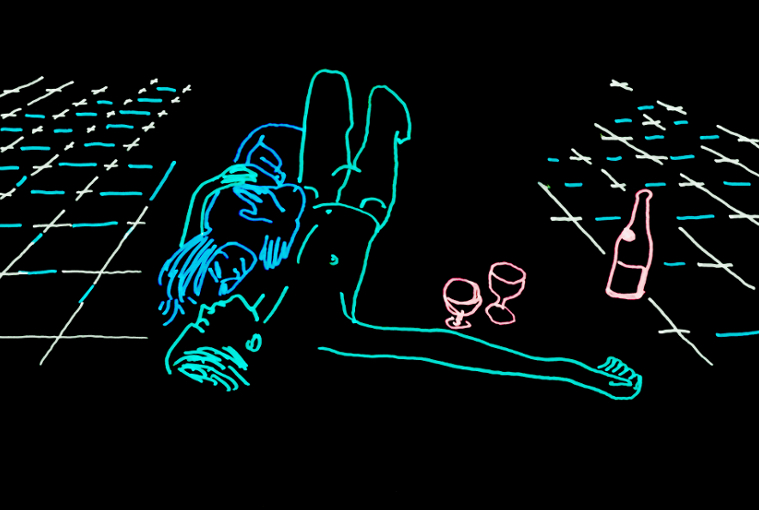 I want to inform you, as we all already know, that we live in a fast grown jungle. No Tropical vegetation’s spontaneity here, but an intricate casual combination from what every self-made innovator intentionally offers. There are few natural disasters in this human-made jungle, only strong sellers pushing fortuity results from random combinations. Take for instance phone terminals, and ponder about all available presentations from all the different makers. Each is giving us their vision for the future, along with their product’s description.

Each new system and each interface projects us past the present. We must address this as Lorenzo Tomasin stated in “L’impronta Digitale” on page 117:“In the Technological world, old does not exist. Only the new exists, which is able to produce innovation and to spark ideas for the future. What is old in general is unusable and inert.”

How to address this ecosystem made of screens, thoughts, and representations proposed to us? Where innovation is a new mutation of ourselves, and where the future is written by systems created anywhere in the globe with the sole intention to make interfaces not only useful but indispensable? Let’s take a stroll with a suspended gaze as we can do here in Venice, from where I am writing as a bubble among bubbles, life suspended outside time. 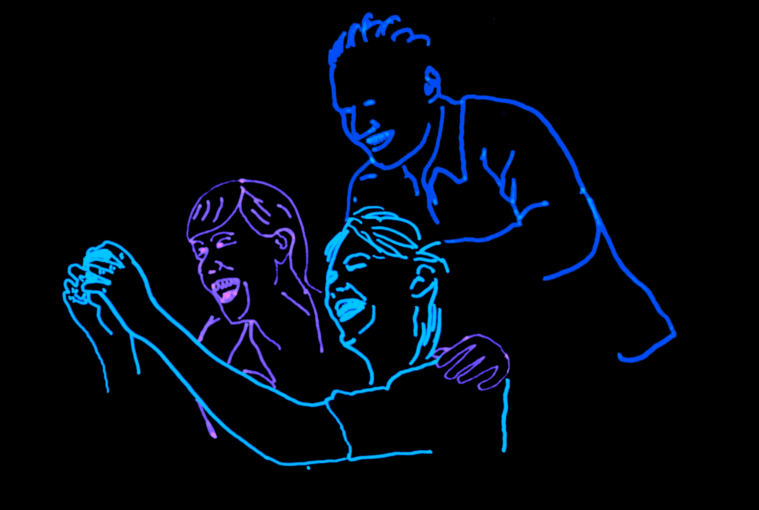 Here goes somebody on his cellphone; there a lady sits on a bench and starts taking photos of a tree; past her two girls are taking a selfie, someone else writes, someone else reads. Paraphrasing Gui Bonsiepe’s words, all are doing some kind of action using a device. Thus, interfaces are a space for action[1].Very well then, where is our argument about the future? If each interface is a space for action, where will we put our space for future vacations? By the sea or in the mountains? How much time do we devote to think about what kind of interface we would like to have? Less then the amount of time we spend to plan a vacation from them.

In my brief interface overview from my observation tower in Campo Santa Margherita, I could describe very little of what goes on in those screens; because , as in a soccer game (another space for action), the commentator has a short time and will only focus on what is happening around the ball ignoring the simultaneous action happening where the defender is. Perhaps, to fully understand soccer we must also play it. It is not enough to stay either in the stands or in the field. To fully understand interfaces we must take action on them.

The Interface Manifesto: manifesto for a critical approach to the user interface

The interface is a very broad concept that goes beyond the limits of the physical and the virtual. To narrow the intended scope of this manifesto, the nature of the interface we are talking about, refers to the [graphical] user- interface in the digital context.

These are the opening statements from The Interface Manifesto, a document crafted in the year 2016 in Spain, coordinated by hangar.org in Barcelona and developed thanks to the support of PIPES European Project. This very rich document highlights many of the complex points I just mentioned, including the very delicate matter concerning how we can’t even comprehend in which world to classify interfaces, as stated by the Manifesto incipit. 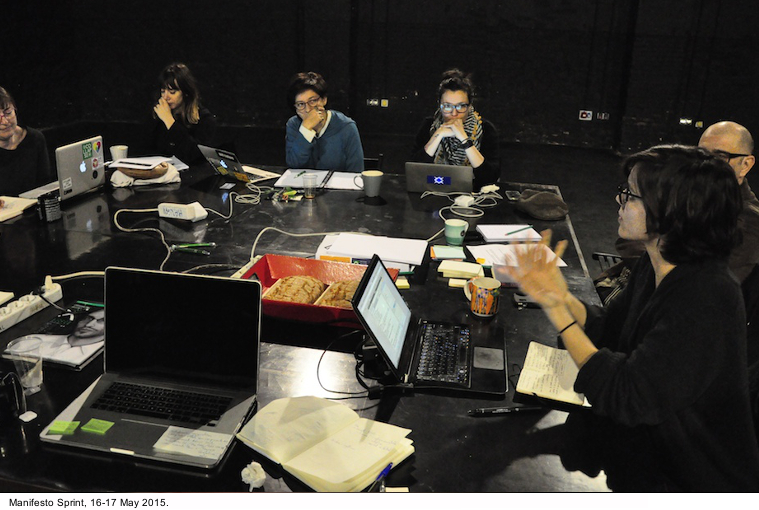 We navigate this multiform and multidimensional entity describing it at times as a space, or as an event we all engage on, even as a metaphor based on code systems. Let’s not forget to mention its political aspects too, as underlined by Søren Pold, professor of digital aesthetic at the University of Aahrus: “Faced by this development of the post-digital interface, we might ask whether we have now reached the end of cultural computing?

In Apple ́s 1984 advertisement video for the first Macintosh computer, an interface for conformity, absorbing the worker in a totalitarian state, was replaced by an interface for individual expression and do-it-yourself culture. Three decades later, the table is turning. According to a leaked NSA presentation it is now Apple who is Big Brother, and enthusiastic iPhone customers who are the zombies living in a surveillance state.”

We gave ourselves the mission to act on interfaces, so I would make you explore how we could tackle time and interaction; read this series of corollary tasks developed by The Interface Manifesto: 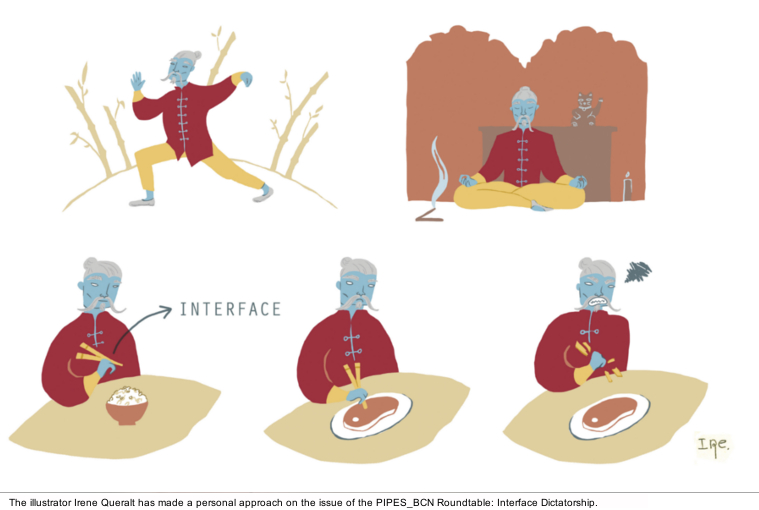 Think for just a moment to actually do what these exercises imply.  Imagine slowing down while you collect and navigate on your interfaces as if it were a set performance; wait until you have counted up to ten before taking any and all actions. And yet, the collective pillars guiding our digital approach continue to be: fast timing, quick reactivity, and immediate effect as per the blue check marks on our messages. Next, I think we can easily identify the other two terms needed in our discussion. We all have them in mind: space and subjectivity. Easier yet, think about Google and Instagram; or the obsolete Pokemon Go and Facebook.

These applications do not merely give you access to information or computation, as once was the norm, but they also underscore, and script how we interact and position ourselves in the world. So the discussion becomes more complicated because in the last ten years not only have systems, technologies, the present and the future changed, but also has changed how we position ourselves inside this realm.

A radical multiplicity – behind a control

We must admit it: we spend a huge amount of time just checking online. We got issued a sort of new hat; the promotion to regional train conductor, the checker on the information line wherein a continuum people come on board or get off and we constantly must ask for their tickets, if they have it, if they need to pay for it on board, or if they have a monthly pass. All hell gets loose on the train-car when an information comes up on our screen as someone boarding without a ticket; picture, for instance, your ex texting you, that same ex who basically dumped you over the phone. Instead, a new role awaits us on how we conceive living digitally. 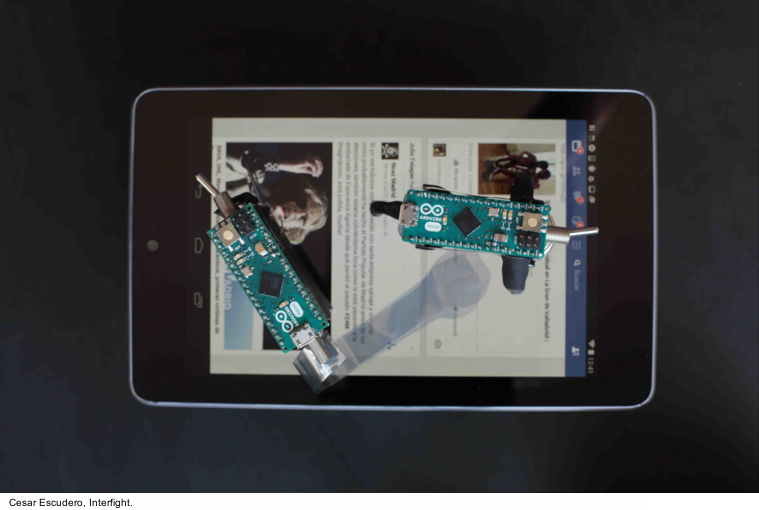 We can envision it, and we can multiply the scenario on how we could receive, exchange, and obtain information. To do so, first we must understand that interfaces cannot be reduced to mere programming or usage; they must be comprehended in their multiplex identities as screens, ideologies, strategies, and languages that inhabit us, but of which we constantly take control on. The objective of this trip is to share a vision on how to act on interfaces: the idea to cultivate a radical multiplicity of visions.

Take care, beating hearts to all.