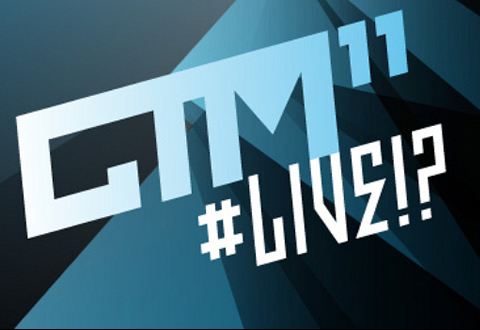 This 12th edition of Berlin’s unique Festival for Adventurous Music and Related Visual Arts takes place from 01 – 06. February 2011 under the watchword #LIVE!?. With new venues and novel themes, CTM 2011 appears this year in a new guise to fathom the latest developments at the interface of music, art and technology, in terms both of theory and practice.

With a comprehensive daytime and nocturnal program the Festival this year galvanizes Berlin-Kreuzberg’s nodes and networks: concerts, audiovisual performances, an exhibition, symposia and workshops unfold in the spaces of HAU and in a cluster of venues – Festsaal Kreuzberg, West Germany and Monarch, among others – around the “Kotti” roundabout. In addition there’ll be a series of chamber music concerts at .HBC and club nights, created in collaboration with Berghain and Maria am Ostbahnhof.

With the festival theme #LIVE!? CTM.11 throws new light on the ongoing hybridisation of real world and media spheres, and the implications of the growing importance of live events, live experience and “liveness” in the fields of music, art and digital culture. Of particular interest thereby are the shifting forms of live concerts and media performances, and the tension that thereby arises between mediatisation and immediacy, between immaterial digitalisation and intense corporeality. The Festival invites guests not only to reflect critically on such phenomena but also to explore their palpable and novel dimensions. 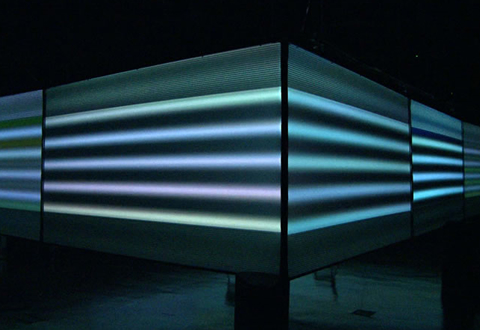 Devoted to a specific theme each evening, the music program at CTM.11 comprises fascinating concerts and intermedial performances, along with inimitable club nights. Highlights include Modeselektor, Gold Panda, The Field, Zombie Zombie, KTL, Hype Williams and Sleigh Bells as well as an opulent Hyperdub label night with Kode 9, Darkstar and King Midas Sound, among others.

As CTM.11’s opening concert in HAU 1, visionary pioneer of electronic music Morton Subotnick presents the German premiere of his breathtaking composition Silver Apples of the Moon Revisited in cooperation with video artist Lillevan and pianist SooJin Anjou. The piece weaves together various periods of his artistic work. Subotnick will also give a lecture on his work later in the week.

Meanwhile, in the series of lectures, presentations and conversations that make up the daytime program in HAU 1, international guest speakers investigate mediatized liveness, the Festival’s main theme this year, as well as the transformation of advanced festivals into multifaceted laboratories of cultural production. Workshops and excursions as well as, in Kunstquartier Bethanien, an exhibition curated and produced by the The Hague-based arts space TAG pursue further aspects of the Festival theme.

The ICAS Kitchen in the Paloma Bar serves as the hub of the festival network ICAS – International Cities of Advanced Sound. Each night, a members of the network present a personal selection of performances, DJ sets and art actions. On the pre-Festival weekend (28 – 30. January) transmediale, CTM and over 70 Berlin venues, initiatives and projects collectively invite you to the first Digital Art & Sound Weekend. As always, transmediale, the sister festival of CTM, takes place in parallel in the Haus der Kulturen der Welt.