LAWKI – Alive, life as we know it

LAWKI, Life As We Know It, is connected directly to the main artery of our age: the endless stream of online videos where we can lose ourselves completely—and refind ourselves again. To billions of people, video is a natural part of life; over a hundred minutes every day seamlessly integrated in the rhythm of eating, working, sleeping, studying and relaxing. It’s just like the title suggests: our view on life has been framed by the screen and for all we know, that is the default place to find information and share it with others. But what are we watching and who determines our viewing habits? How do we deal with the deluge of images? In the riveting installation of ARK, on show in MU from 14 October until 28 November, questions just keep tumbling over each other.

Let’s not beat around the bush: the video landscape—life itself!—that LAWKI—Alive presents us with is utterly fragmented. There is no story from a to b to c, no plot, no narrator nor chapter and verse. The question is not whether this is bad, but if there is any other option. Of course: in novels, films, series and games we still find the old familiar schemes with a problem, challenge or quest which, after many adversities and adventures, comes to a satisfying end. The world has been saved, all suffering rewarded, the last level played —the illusion of an orderly existence remains unscathed. Meanwhile we experience every day that there is no all-encompassing truth, only local stories coloured by conflicts of interest. Fake news? Alternative facts! Are they really detrimental? We humans have an understandable desire for clarity, predictability. But what price are we willing to pay to obtain it? In Utopia, the book by Thomas More from 1516, the inhabitants of the homonymous island give up their privacy in exchange for prosperity and happiness. The doors of their homes have no locks and there is nowhere to hide from other people’s eyes. The Utopians are always doing something useful, even in their leisure time. They are completely interchangeable in their diligence, and who disobeys the rules runs the risk of being enslaved. It is, to paraphrase the words of contemporary Italian philosopher Federico Campagna, a typical solution of Technic, where everything is named, measured and calculated, and subjected to a rigid scheme of productivity. 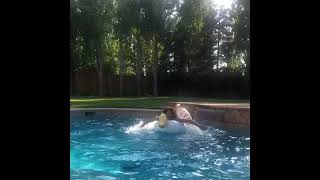 Campagna has joined ARK on this occasion. His discourse, in Technic and Magic from 2018, directly touches upon the videos we watch day in, day out. Or more specifically, upon the platforms where they are being shared: YouTube first and foremost, followed by TikTok, and increasingly Twitter, Instagram and Facebook. The tech giants, as we know all too well, are mainly interested in the data users generate with their clicks, likes, searches and swipes. We are not the customers here, but the companies and organisations who value nothing more than to predictably map our consumer and voter behaviour. What is it we respond to? And how? The self-learning algorithms that suggest the next clip do not just take your preferences into account or those of your friends, but all kinds of data that can only be relevant to an algorithm. This way Big Other, as Shoshana Zuboff calls the large tech companies in The Age of Surveillance Capitalism, discovers more and more means to imperceptibly nudge us in the desired direction. Are we about to lose control over our lives? Actually, it is life itself that is disappearing from view, our ability to experience it, embrace it. One video at a time, one level after another, from one message to the next. The reward of the likes, the hilarious memes, the brilliantly worded outrage—another few more hours of our lives gone without a trace. The distraction distracts us from the fact we’re being distracted. From what exactly? Or perhaps we should ask why we so eagerly give in to distraction? According to Campagna, Technic is best opposed by Magic. No hocus pocus or Harry Potter, but the insight that life can’t be captured in words. The trick is not to wonder about the essence of things, what they are, but rather to focus your attention on their existence, the fact that they are. If we allow some space in life for the ineffable, simple by not defining everything, we wrest ourselves from the grip of Technic’s absolute language. What kind of reality we may build from there? That remains to be seen.

In a paradoxical turn, LAWKI—Alive uses words to let us experience an elusive version of life. The video clips we see are the result of a long list of search terms submitted to YouTube and Dailymotion—in the ten most widely spoken languages in the world, to represent as many people as possible. The top ten videos of each search are then ordered based on their meta-tags and description. They are not grouped according to title, year or genre, but by what the video shows, its content. For this approach, ARK found inspiration in the methodology used by German scientist Aby Warburg for the Bilderatlas Mnemosyne (1927), a collection of images he grouped according to formal and thematic similarities, or based on a specific sentiment they expressed. The Image Atlas was never finished, and the remaining panels do not constitute a singular, conclusive story. It is up to the viewers instead to make their own connections, from their unique experiences, knowledge, preferences, intuitions. This is also how we walk through LAWKI—Alive. The images shown here are being directed by an AI that responds to visitor movements as it constantly selects new videos that most closely resemble the previous ones with respect to content. As a sensitive, globally branched out instrument the installation slows down or accelerates on the rhythm of our attention. Online reach is also part of the equation: the more views a video has, the less visible it becomes. From this livestream formed by association, each viewer creates their own new images of life and the world. And if you feel at a loss for words, you’re actually experiencing the magic at MU.