Zombies can vote too: Sentience in memesis

Robert Kirk, in a text from 1974 titled Sentience and Behaviour[1], proposed a conceptual experiment of a man named Dan who became a zombie. This zombie, far from the image we have nowadays of a walking corpse, consisted «of being an organism indistinguishable from a normal human being in all anatomical, behavioural and other observable respects, yet insentient.»[2] For now, we’ll use the definition of sentience as the experience of the senses and its associated behaviours. So, to come back to Dan’s story; this gentleman who appeared to be fully sentient, gradually showed some incoherences between events and their usual sensorial response. He would cut himself badly, express his surprise but admit he didn’t feel pain. He smelled roses and was unable to detect the right scent, and so on as to one day become completely deprived of his senses, while his actions seemed «happening automatically, without his noticing or being able to attend to them»[3]. Even if for Kirk this experiment of the Zombie served the purpose of questioning Materialism and the mind-body problem, it seems interesting to reuse this experiment within the digital apparatus. Let’s ask ourselves what is the role of sentience in link with technology. In short, what happens when individuals’ senses are triggered because of technology? We’ll continue the research we’ve started on memesis and focus on social platforms rather than robotics or VR, as the former one allows for a greater range of personal input by the user.

So it is quite an unsurprising affirmation when we say that technology has relayed our senses to the background of our daily digital experiences; smell and taste are useless, hearing and touch are only used to support sight. Even there, because of the simplicity and repetitive nature of user’s interfaces, we more often than not blankly stare through our apps. The image of the digital zombie, that being absorbed by its phone who barely functions in public and is almost always rescued by another bystander has become a contemporary caricature of technology, and yet most of us do not remember the last three things we’ve reacted to.

But that insentience, or that more-than-partial sentience if you prefer, doesn’t mean we are passive individuals. We still click, touch, press, scroll, comment, like, share, upvote, downvote, rewrite, learn, transform, alter, in short react to some of the information that passes through our daily feeds. Yes, we are zombies, in the way that a majority of our behaviours on these digital platforms seem to be dictated by our subconscious, but these actions, in return, produce a tangible memory.

We’ve discussed briefly earlier how memes found their basis in the awkwardness of life and how the community is creating its ideal-I, the ideal self-image, outside of the realm of intellectualization[4]. Each member therefore seems to participate in the memesis through zombie-like digital actions, but in fact, these are the result of sentience in link with personal beliefs. For example, if we were to presume that a zombie only interacts mechanically with technology, engagements such as liking, commenting, or downvoting contradict this assumption because of the continuous renewal of content. Routine doesn’t move from what it knows, and every reaction is conscious sentience. So what are these spasms of “humanness”? Well, in short, a proof of singular existence. And these individualities, gathered and ranked by an algorithm, shapes progressively the community’s own meaning. 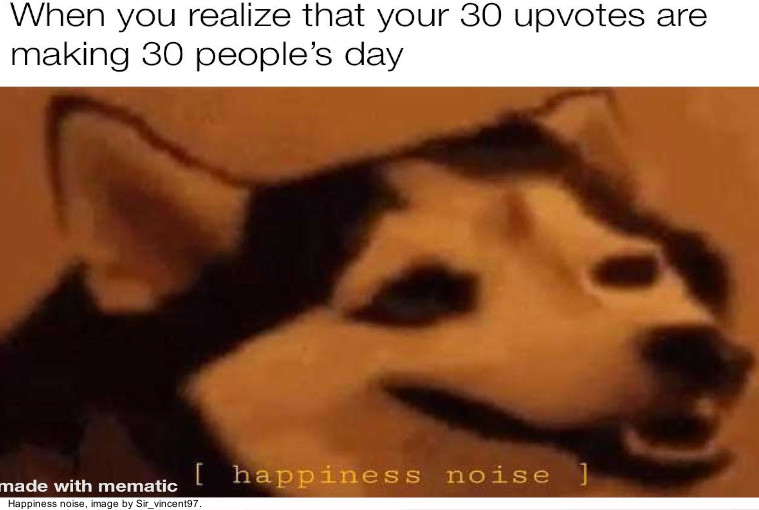 Then the next thing in line is to understand what transforms the zombie’s insentience into sentience; how does this singular existence emerges. We’ve talked about how memes functioned as a transitional object, something that dissipates frustrations. We now also know that most of our daily habits on digital platforms are formed by the dopamine they release[5].

Memes provoke participation as a response to a cognitive dissonance. Roughly put, a cognitive dissonance is when two thoughts are contrary to each other and our mind tries to remove the most unpleasant one[6]. There, dissonance triggers two types of actions; one positive such as like, upvote or share, and one negative such as commenting, downvoting, reporting or blocking. As a positive response, memes either become a replacement to the user’s unpleasant cognitions or a confirmation of the truthfulness of its beliefs. It then moves onto building a societal definition of the said image through compiling. On the other side, a negative reaction produces a dissonance, and participation turns into a mental defense mechanism. If this is repeated on a collective scale, the image is either redirected to a more fitting subgroup, treated as noise or banned. 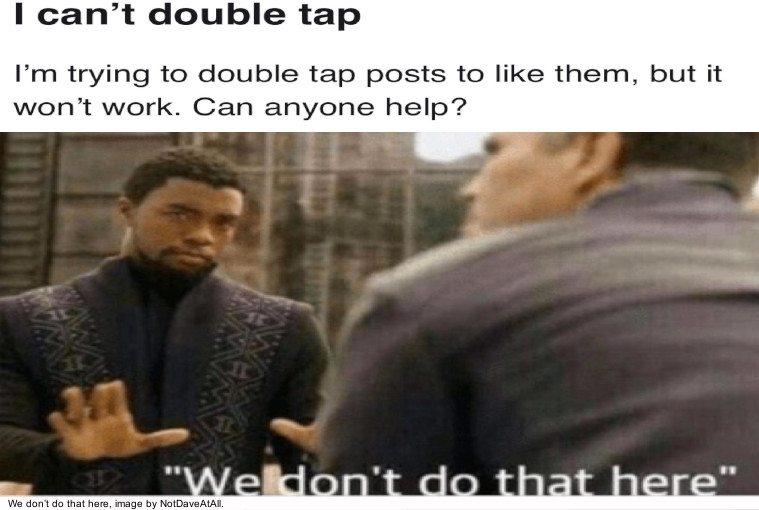 Finally, this construction is not, as we might believe, a one-way process. Once sentience grows into a piece of the community’s memory, it molds the experience of newcomers and the ones with a negative dissonance. As much as their input is still taken into account through new iterations of the same image, the community becomes a trusted reference for the use of template images while also controlling the degree of transformation allowed. That trust is mostly due to the fact that every participant engages in the process on a voluntary basis, and when it becomes an accepted fact, when redundancy emerges, the template falls into oblivion, or in meme terms: it dies.

Sentience, when fully triggered, becomes an ideological building block within the meme community, and at its core, it is a way for digital zombies to become human once again.

[4] Pierre Chaumont, “Memesis: community and self-definition in the age of memes”, Digicult magazine,

[5] Trevor Haynes, “Dopamine, Smartphones & You: A battle for your time”, Harvard University Blog, May 2018