The exhibition by Janek Simon maps and decodes fifteen years of the artist’s work, organizing his various and almost too many, as he claims himself, preoccupations: from political geography, through artificial intelligence, financial speculations, DIY strategies, to post-colonial theory.

Synthetic Folklore raises the question of whether and how Artificial Intelligence can protect us from the pitfalls of homogenization, xenophobia, and essentialism. Featuring, among other things, mosaics with universal folk patters generated by AI, a collection of paintings recovered from a ship graveyard in India, a visualization of the Polish national budget, or a psychedelic house from his childhood, the retrospective follows Janek Simon’s paths, presenting, so comprehensively for the first tim, his fascinating work and life. It opens on February 22. 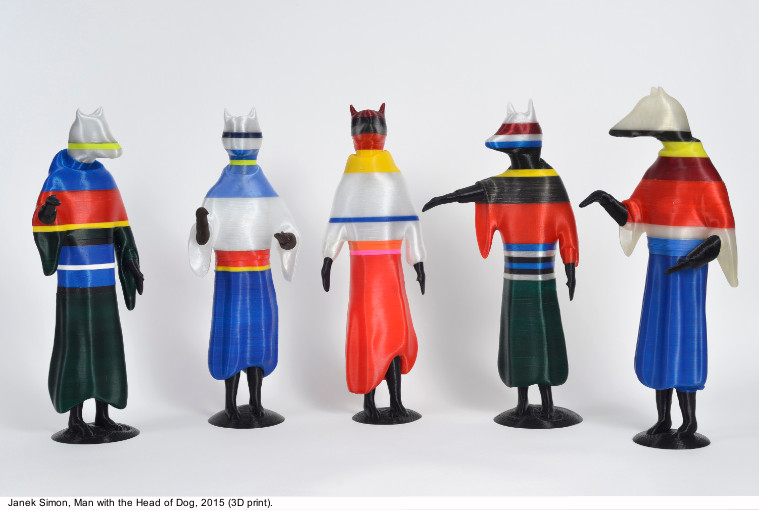 The exhibition can be viewed, read, and experienced on a number of levels: as a voyage, an essay, an algorithm, or an abstract picture. It opens with the eponymous world of synthetic folklore, in which we find sculptures of glued-together ethnic forms as well as mosaics, their abstract patterns generated by algorithms combining motifs from India, Africa, South America, Europe, and Poland.

Another series of works deals with the global circulation and overexploitation of matter, the migration of electronic goods through the world: from their beginning in the Chinese “silicon valley” of Shenzhen, where iPhones has been manufactured, to their inevitable end at the Alaba e-junkyard in Lagos, Nigeria, which also happens to be the birthplace of Nollywood cinema.

Many works creatively tackle various aspects of Polish history, such as the project 1985, with the suggestion that communism in Poland ended with the onset of street vending, video tapes, satellite TV, and economic liberalization. 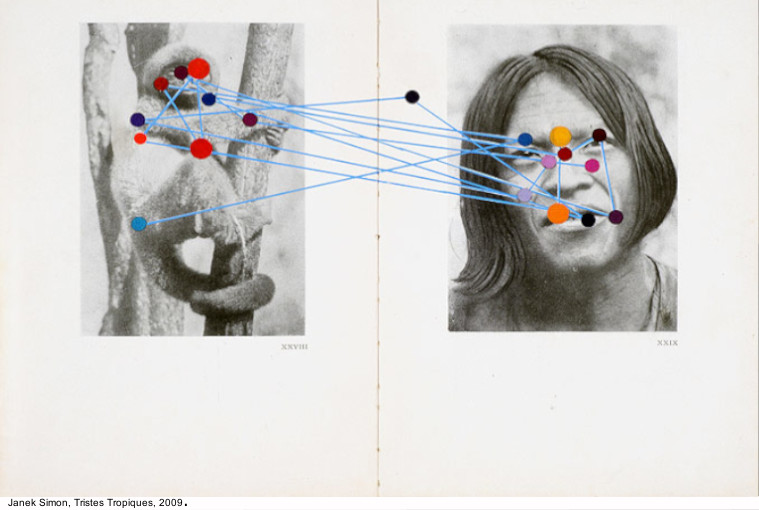 The Sea series presents repressed Polish colonial aspirations, returning today in dreams of regional hegemony, inland waterways, and the idea of Intermarium. The show also includes a “psychedelic” room featuring a model of a childhood summer house built using a rigged calculator that offered distorted results, with robotic breads crawling on the floor.

The retrospective leads along Janek Simon’s paths, presenting, so comprehensively for the first time, his fascinating work and life, driven, as they are, by curiosity, erudition, and love of adventure, and supported from time to time by institutions such as the Centre for Contemporary Art Ujazdowski Castle, for which it has been staged.