New exhibition REAL WORK opens at FACT on 12 July 2019, including artworks by Liz Magic Laser and Candice Breitz. Continuing FACT’s year-long exploration into issues of identity and representation, the exhibition highlights the often-unheard voices of real people working in precarious situations across the globe.

From UK and international freelancers competing for work in the online world, to a community of sex workers in South Africa, the jobs addressed in REAL WORK share a lack of mainstream recognition in society. The exhibition is comprised of a major new commission entitled In Real Life (2019) by Liz Magic Laser, exploring the most current and largely deregulated profession of online gig-working, and Sweat (2018) by Candice Breitz, which seeks to destigmatise sex work, a profession that remains criminalised in most parts of the world. 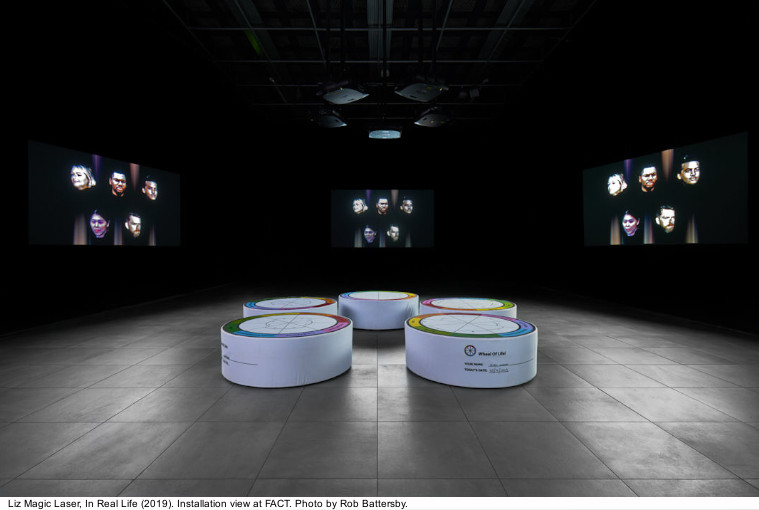 Both artworks in REAL WORK adopt an experimental documentary format, highlighting the human dimension of invisible work by putting the uncensored, unfiltered stories of real life workers front and centre. Whether by creating a community among individuals struggling to cope in the isolation of a hyper-connected world, or by engaging with an existing community of local activists, both installations highlight how people in precarious situations come together to set their own agendas.

REAL WORK will be accompanied by a season of events, the centrepiece of which will be The Liverpool Complaints Choir – Citizens Singing About Work. Created by Tellervo Kalleinen and Oliver Kochta-Kalleinen, anyone living in Liverpool is invited to share their personal complaints related to work and join a process where these complaints are turned into an impressive choir song.

Anyone is welcome to join, with an open call being launched during the exhibition. FACT’s 2019 summer events will also include family activities, exhibition tours, summer camps, film screenings and hands-on creative technology workshops. 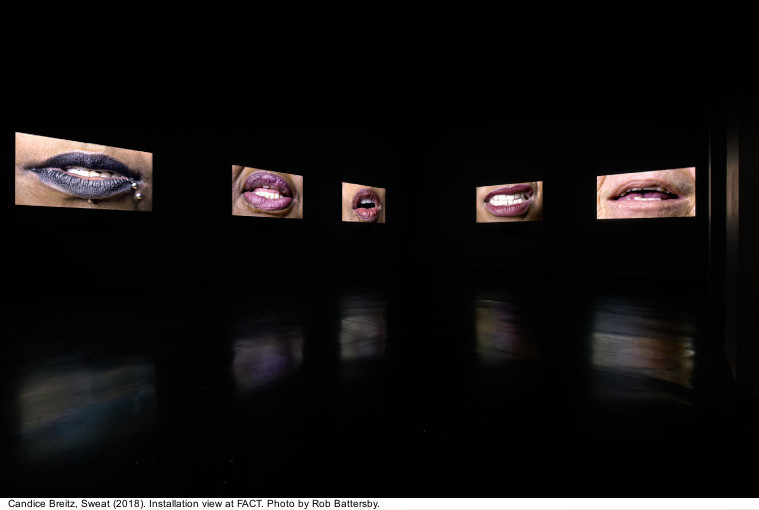 Ana Botella, Head of Programme at FACT, said: “With our exhibitions and events, FACT aims to explore the challenges in our society and how technology affects our everyday life. REAL WORK and the accompanying events season look at the past, present and future world of work – asking urgent questions about invisible and unrecognised jobs. From Liverpool to Nigeria and Hong Kong to South Africa, there’s a growing sense of urgency about workers’ rights across the globe and how we can learn from personal stories to build a secure future.”

In Real Life (2019) by Liz Magic Laser highlights the experiences of five freelancers, who rely on work they find through online platforms and apps such as PeoplePerHour, Upwork and Fiverr. Developed as an experimental reality show, each episode follows one of the five gig-worker cast members. They are seen taking part in a professional development and tech-savvy self-care programme, designed by Liz Magic Laser in collaboration with a life coach and a spiritual advisor – both of whom also function in the online gig-economy.

We witness their personal journeys of discovery and self-care, as they follow a training program consisting of “biohacking” tools which use technology and cutting-edge research to improve their quality of life and work. 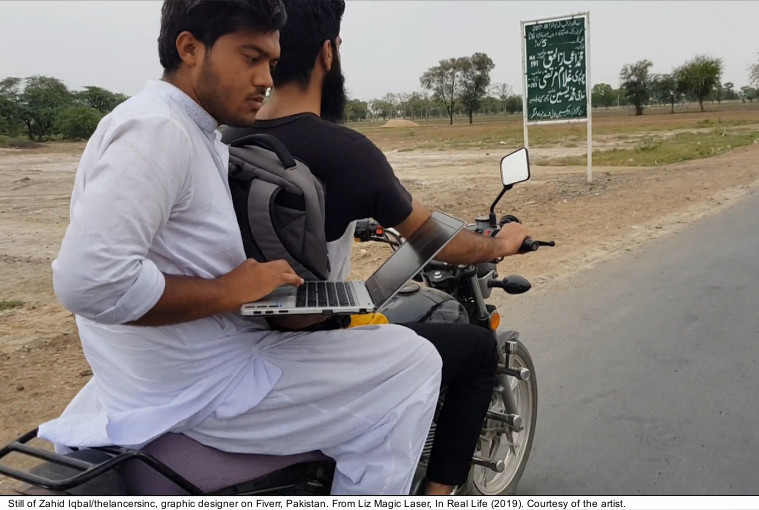 Sweat (2018) by Candice Breitz sees the artist collaborate closely with ten members of a community of Cape Town-based sex workers, who each offer a series of anecdotes and insights into their lives and labour. All ten individuals are activists affiliated with SWEAT (the Sex Workers Education & Advocacy Taskforce).

Their statements – each of which is ten- tweets-long in duration – are drawn from a series of longer interviews. Shown for the first time as an immersive 10-channel video installation at FACT, the resulting cacophony of voices addresses the rampant gender-based and racist violence that sex workers face on a daily basis. 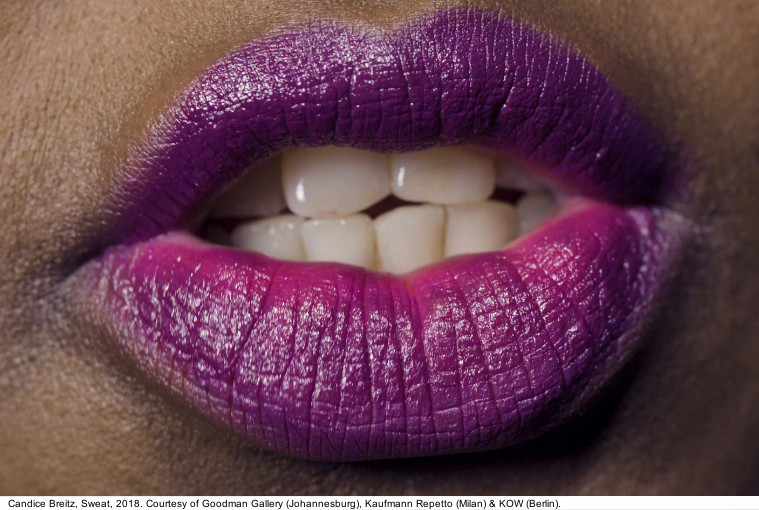 REAL WORK is a legacy project from The Future World of Work season, commissioned by Culture Liverpool as part of the Liverpool 2018 programme.

FACT is the UK’s leading media arts centre, where people, art and technology meet. Based in Liverpool, FACT’s award-winning building which opened in 2003 houses galleries, a cinema, a bar and a café. Since opening, FACT has welcomed over 5 million visitors and commissioned and presented over 350 new artworks from artists including Pipilotti Rist, Agnès Varda, Nam June Paik, Krzysztof Wodiczko, Wu Tsang, Ryoichi Kurokawa and Apichatpong Weerasethakul. fact.co.uk

Liz Magic Laser (b. 1981, New York) is a video and performance artist. Her work intervenes in semi-public spaces such as bank vestibules, movie theaters and newsrooms, involving collaborations with actors, surgeons, political strategists and motorcycle gang members. Her recent work explores the efficacy of new age techniques and psychological methods active in both corporate culture and political movements. 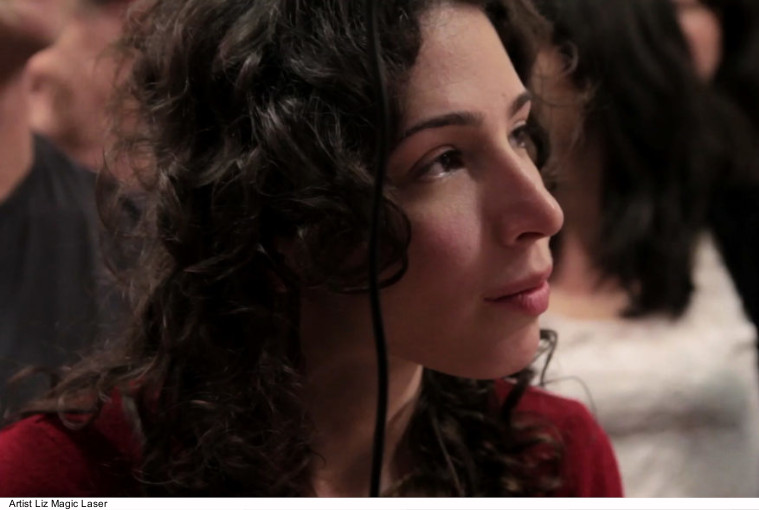 Candice Breitz (b. 1972, Johannesburg) is a Berlin-based artist whose moving image installations have been shown internationally. Throughout her career, she has explored the dynamics by means of which an individual becomes him or herself in relation to a larger community, be that the immediate community that one encounters in family, or the real and imagined communities that are shaped not only by questions of national belonging, race, gender and religion, but also by the increasingly undeniable influence of mainstream media such as television, cinema and other popular culture. 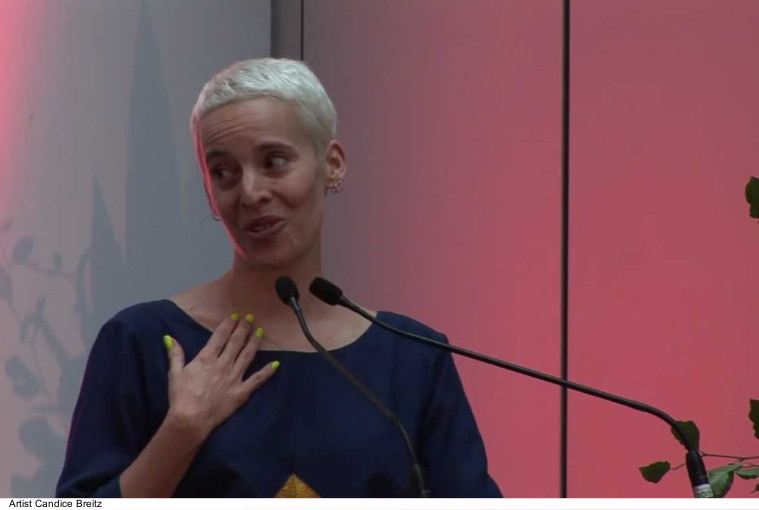 Most recently, Breitz’s work has focused on the conditions under which empathy is produced, reflecting on a media-saturated global culture in which strong identification with fictional characters and celebrity figures runs parallel to widespread indifference to the plight of those facing real world adversity.