Wasting time on the internet. Interview with Kenneth Goldsmith

Kenneth Goldsmith is an artist and poet, well known internationally for being the founding editor of UbuWeb – the largest digital archive of contemporary art – and senior editor of PennSound at the University of Pennsylvania, where he teaches. He is the author of a book of essays, “Uncreative Writing: Managing Language in the Digital Age” (Columbia University Press, 2011) and the last August released his new essay “Wasting time on the internet” (HarperCollins Publisher Inc, 2016), a manifesto that shows “how our time on the internet is not really wasted but is quite productive and creative, as Goldsmith puts the experience in its proper theoretical and philosophical context.”

This book comes from an experience, the course taught at Pennsylvania University where Kenneth Goldsmith tested himself along with his students in order to put an experiment into practice: spend time online, exploring all its relational, communicative and creative possibilities.

“Wasting time on the internet” is an important essay, which analyzes the web in its actuality without forgetting the cultural humus and history in which it emerged. Kenneth Goldsmith, intellectual and essayist, traces a path of references between historical, social, cultural and artistic practices which see in the web, and in the way we navigate it, a virtuous evolution. He goes from surrealist to Benjamin, from the theory of the image to the theories about memory, because in the end the analysis of Goldsmith brings a deeply optimistic thesis about the web and social networks that are seen, lived and explained as a phenomenon of a creative renaissance. A trust that Goldsmith has put into practice with his UbuWeb project. 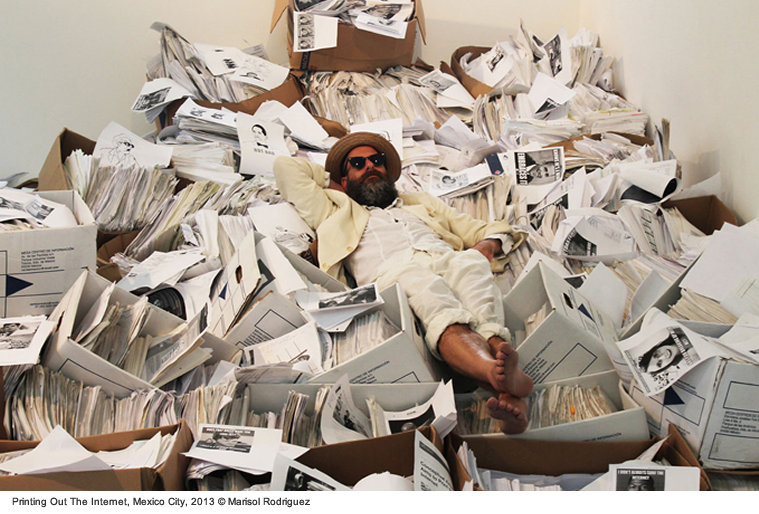 The book “Wasting time on the internet” was released almost simultaneously with the provocation of Scott E. Bartner (who posted on his Facebook page The Hirschsprung Family painted by Peder Severin Kroyer with the phrase “How people ignored each other before smartphones”), and encourages to re-examine, as if it was necessary, the question of the web, its tendencies and moreover, its possibilities.

Simone Broglia: Why do you think is important to analyze the “being online” mindset and inserting it in a conceptual scheme?

Kenneth Goldsmith: We are very good at technology and yet we theorize it very poorly. We need to become more aware on why and how we’re doing things, to become more conscious.

Simone Broglia: Usually we consider new generations glued to their screens, hyper-connected and hyper-stimulated. Why do you draw a parallelism between surrealist “sleepwalking” status instead?

Kenneth Goldsmith: This is a surrealist ideal situation. We are poised between awake and asleep, in a collective unconscious. We are both here and not here. Sounds like surrealism to me. 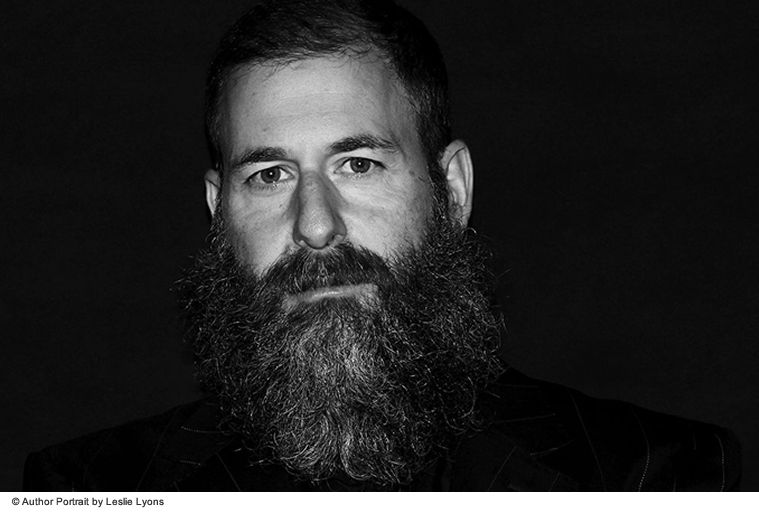 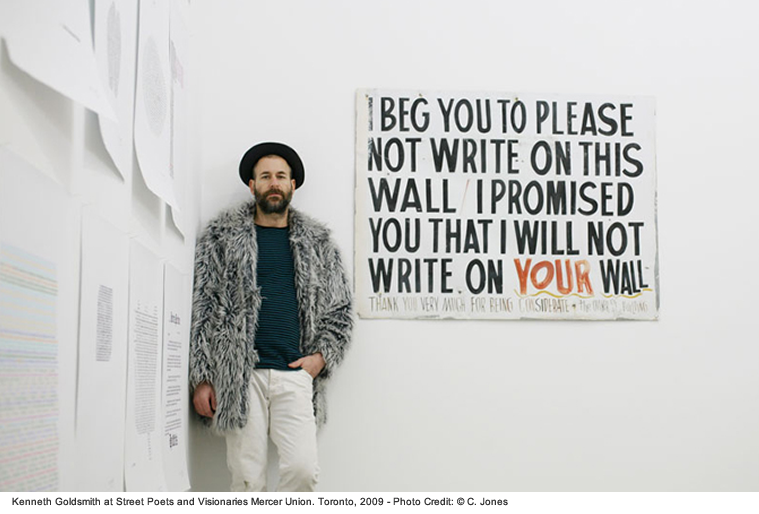 Simone Broglia: “I shoot therefore I am”, this is the title of a very interesting chapter of the book. According to you, how much “being online” has changed our self perception? How far are we from René Descart?

Simone Broglia: Let’s talk about social media. Sometimes I think that Walter Benjamin would have been an Instagram fan! In fact with books like “Passages” or “Berlin Childhood” he has created an a-systematic collection of life-frames that he called “mosaic” which, to a certain extent, resembles Instagram stories… Do you agree?

Kenneth Goldsmith: Sure. Walter Benjamin not only theorizes and predicts social media but he is an inspiration for artists working in this mode. His influence cannot be minimized.

Simone Broglia: When reading “Wasting time on the internet” we can find, not only the anthropological analysis of people today in their relationships with the web, but also continuous parallelisms with different historical ages and artistic movements. Why do you think is important to describe the web and our approach to it starting from an idea of historical continuity?

Kenneth Goldsmith: The web doesn’t appear out of nowhere. It was not simply invented out of the blue. It has deep roots in the thinking that came before it. The reason we hate it is because we think it is new and ahistorical, a radical break with the past. But instead, it is very much a continuity with earlier modes of thinking. If we regard it this way, we will stop fearing it and learn to understand it. 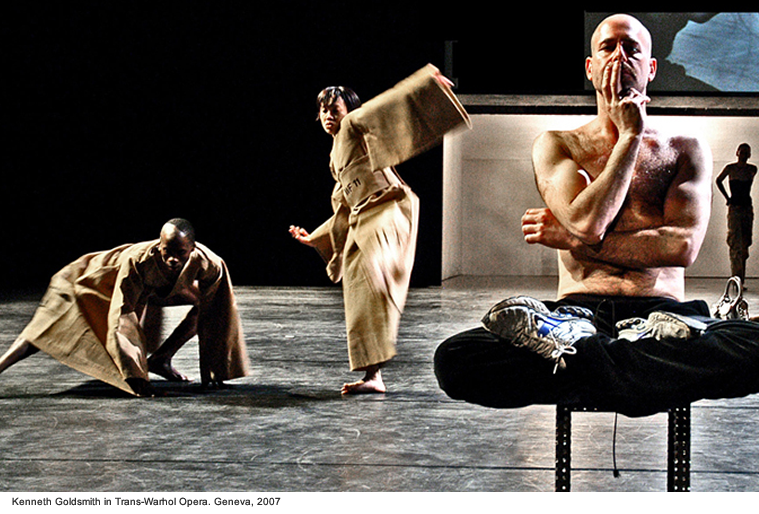 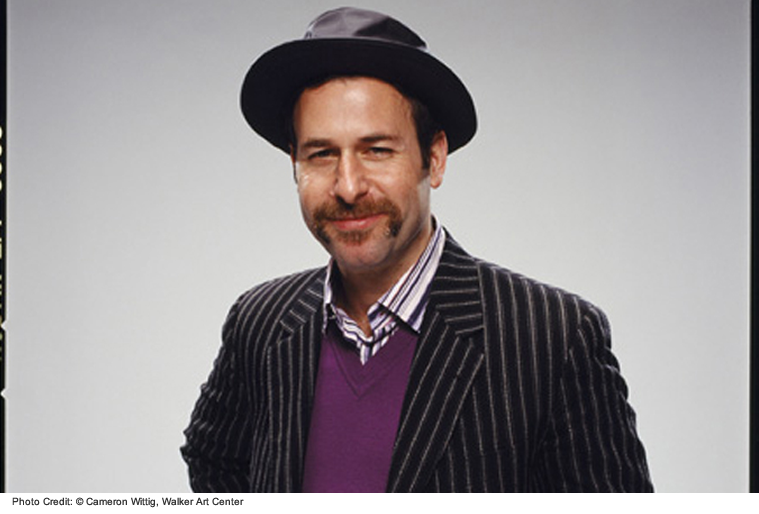 Simone Broglia: Most of the experiences you describe, such as surrealism, were born as a critical way of live and create art. Is there a critical way to use the web?

Kenneth Goldsmith: Everyone is critical. That’s easy, expected, and boring. The better question is, how do we love the web? That’s difficult but as true. The web runs on hate. I want to think of it as running on love. It’s challenging, but possible.

Simone Broglia: I read you define yourself a “radical optimist” about internet and the “creative renaissance” that it can generate…

Kenneth Goldsmith: Yes, the whole web is an example of a creative renaissance. For instance, the way we share artifacts, links, and things of interest with each other alone is amazing. On my Facebook feed, I learn more about the creative world than I do about how hateful it is. In the end of the day, love trumps hate. And I mean that in every imaginable way.