“de-leb”: a group exhibition on value accrued through data

A de-leb, a dead celeb, has more agency over their data than those still living. This is a group exhibition that questions how value is accrued through data analysis of the quantified self, by companies such as Cambridge Analytica. Whilst free access to users data buys participation to social media such as Facebook, the repurposing of this data derives value in a myriad opaque ways.

The exhibition de-leb becomes a site for writing workshops, thinking through the potential to broker your own personal data, via blockchain, in a collectively authored writing experiment: a science fiction based on fact, time-stamped via smart contract on the blockchain. With artists, technologists and writers: Marija Bozinovska Jones, Megan Snowe, Huw Lemmey and Michael Oswell, Caroline Sinders, and Ami Clarke.

New interfaces such as IVR and the chat-bot bridge the human computer divide through language, as they combine in the quest for the ultimate user experience, whilst wearable tech of varying degrees of intimacy seamlessly engage with mind and body. All promise in various ways to enhance everyday life, but whilst doing so extract surplus value in the form of data. 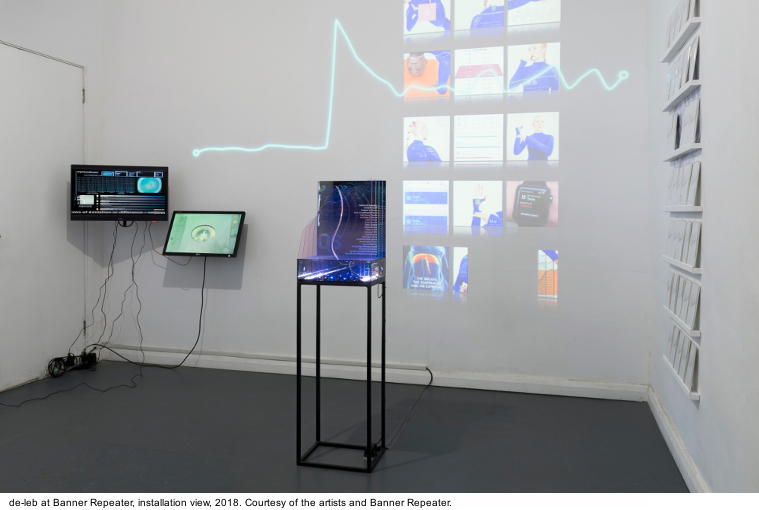 An array of data is collected at multiple points of contact via sometimes several interfaces at once, few of which are clearly defined, through complex apparatus’ of capture. Reminiscent of the “dividual” as a bank of data, power operates subtly, as “autonomous agents internalize their directives”, in a logic of constant self-modulation. As tech giants become increasingly powerful, readings of “measure” driven only by commercial needs, hark back to other historical forms of measure that worked as methods of control, in their normative and discriminatory readings of the subject.

Marija Bozinovska Jones New gradients of measure explores links between social, computational and neural architectures thinking through the formation of identity, probing the self as a datafied and distributed identity.  For de-leb, her EMO docking station captures and visualises emotional arousal via various measurements of breath and the skin, read by her proxy MBJ Wetware: Intelligence Assistance, simulating her voice in the space.

Images from her C22H37NO2 instagram – a chemical formula for Anandamide: a fatty acid neurotransmitter correlated to anxiety and depression levels – probe the biopolitics of self-improvement, blurring the lines between female empowerment and sexualisation amidst an imperative to gain “self knowledge” through numbers. 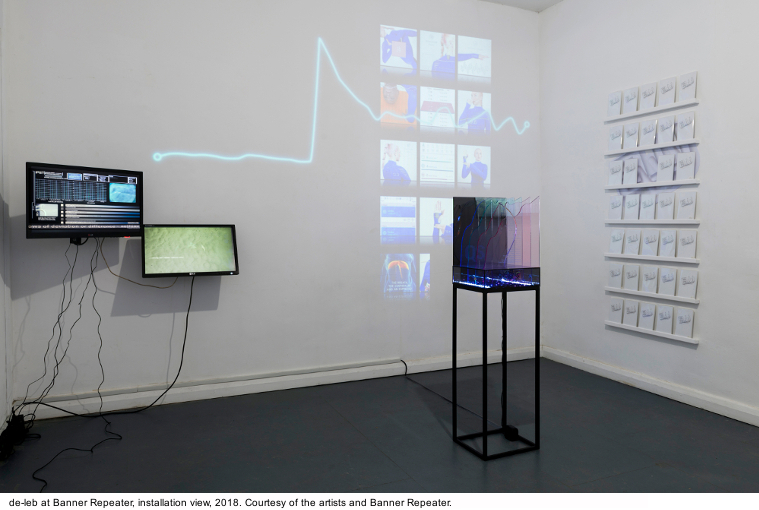 The “Emotional Labor Union (ELU)” paperback, by Megan Snowe, published by Banner Repeater, is a members handbook protecting the rights of all who engage in emotional work, often considered a personal natural resource to be optimized and capitalized upon.  Representing workers rights as participants in the greater emotional and global economy, her work questions how we understand, strategize and quantify our immaterial and emotional lived experiences by creating speculative works that live not far beyond the borders of existing paradigms.

Caroline Sinders is a machine learning designer/user researcher, and an artist who’s works focus’ on the intersections of natural language processing, AI, and online harassment on social media. Her call out for contributions to her growing feminist database during the exhibition period, aims to produce a slice of data to intervene in both civic and private networks.

The project explores how interfaces such as chatbots and automated voice recognition services can be agents of change within machine learning systems utilized by both public and private sectors of daily life.  She is currently a BuzzFeed/Eyebeam Open Labs fellow where she is prototyping a machine learning system to mitigate online harassment. 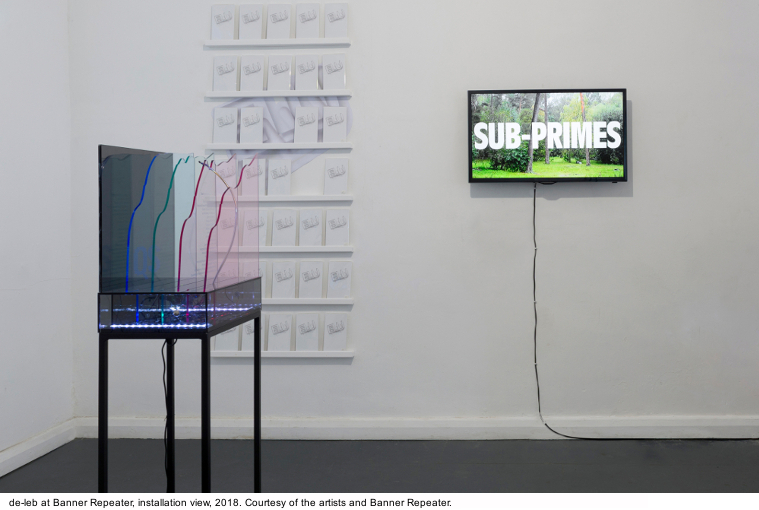 Huw Lemmey and Michael Oswell’s film: Assemble Everything, draws on the libidinous quality of Trainspotting’s “Choose Life, as well as Marx’s “Capital”, to opt out of a liberal critique and propose an alternative point of attraction, that advocates and agitates towards the utopian highs of revolutionary politics as a viable alternative.

Ami Clarke works within the new behaviours emerging from code and language in hyper-networked culture, with a focus on the interdependencies between language and the economy. She will be developing an accumulative dashboard as critical essay throughout the exhibition period drawing on her experience as an adolescent at the ‘Tall Girls Clinic’, Great Ormond street childrens hospital, amid new “readings” of her biocode via online DNA analysis: 23andme.

Several voice recog “dialog agents” can be overheard brokering her data as they learn language through negotiation skills, drawing on historical forms of measure previously used to calculate what degree of rights, if any, the subject might be afforded, amidst future projections of new gradients of measure within the burgeoning techno-capitalist landscape. 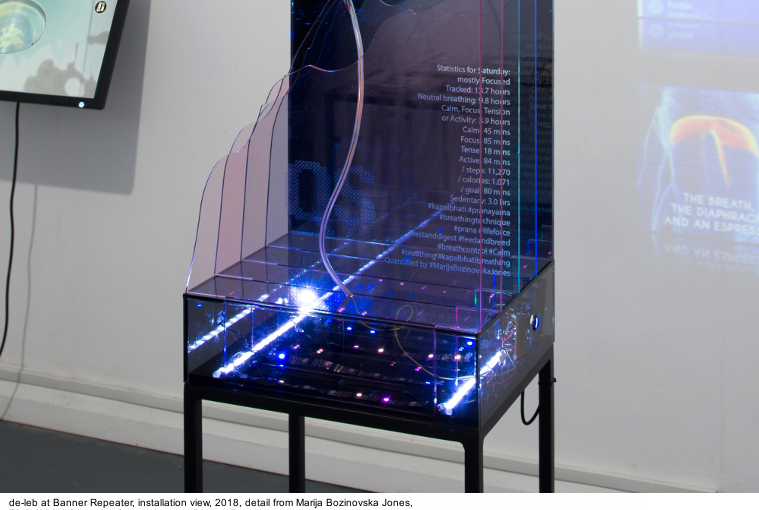 Whilst blockchain appears primarily still as a Rorschach test, and many things to many people, central to these claims is the proposal of new ways of working via distributed autonomous networks, removing the necessity of a trusted source, such as a bank, or indeed, a government.

Banner Repeater is an Artist-led contemporary art space and a not-for-profit organisation: a reading room, and experimental project space, founded by Ami Clarke in 2009. It works with artists to develop new works, through an ambitious exhibition programme installed in a highly visible and accessible project space, with a programme of events, talks, and performances, to introduce discussion and encourage debate of key issues in art today.