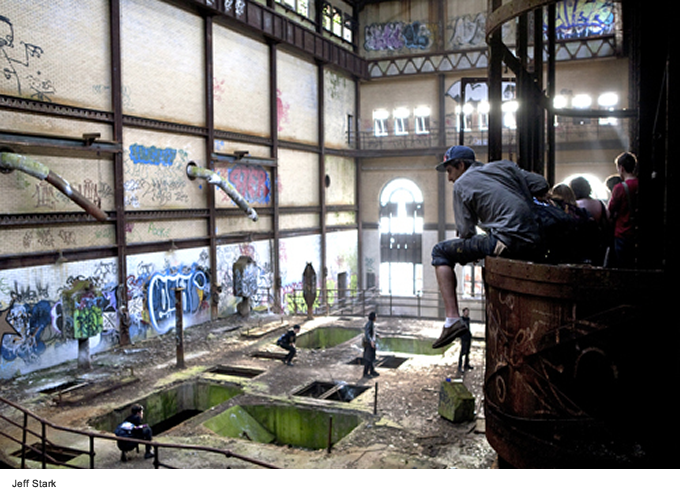 In a world always more trapped in media tangles, where conflicts are silently solved and they adopt formats making themselves less recognizable, it is up to the artist, once again, to shed light to what went on behind the scenes, to give a wake-up call, to inspire people to revolt and to claim their rights.

In a scenario where disparities hide behind new idols selling false illusions and legitimizing the lie making it the only way possible to find an identity and a possibility of redemption, in a scene where the economy of power swallows up information and entertainment turning them into manipulation mechanisms, into parts of the huge mechanism of an industry to which the adjective “cultural” is attributed, in order to sweeten the pill, The Influencers festival, annual appointment at the CCCB (Barcelona Contemporary Culture Centre) now in its seventh edition, is always a breath of fresh air.

The efforts ofBani Brusadin and Eva and Franco Mattes, directors of the festival, were even more praiseworthy this time, since the so-called crisis is punishing mainly those fields which are essential for the existence and evolution of humankind, and those are art and culture. 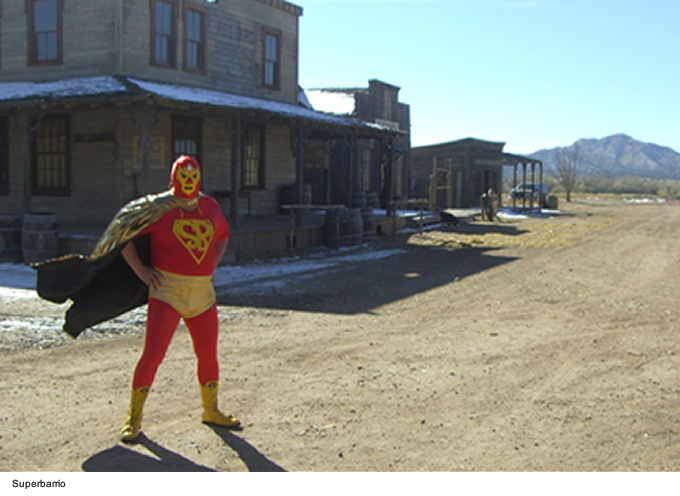 The seventh edition took place from the 14th to the 16th of April; organizers, hosts and the audience love this festival because it is funny and clever, subversive and collective, it is an invitation for socialization and reflection. Telling what it is about may seem rhetoric, since it is an event which has been preserving an impeccable coherence for years, and since it is so well-renowned that it attracts a very wide international audience to Barcelona. Just in case someone of our readers has not yet been captured by its charm, it is worth it to explain that is is about an atypical and visionary event lasting three days, during which debates with unconventional artists are started up.

These artists are fighters for communication, activists and contemporary heroes, moving in hybrid territories difficult to be categorized, other than in laboratories and parallel activities translating into active interventions in public spaces.

The nature of openness which characterizes The Influencers is shown by its contents, but also by the formal details: from the fact that is is completely free, to the cancellation of the distance between audience and artists, who are very close to the public, from where they talk, they do not present themselves on a stage, they blend in with participants during urban actions. The festival has a facebook page where fans and readers can interact(http://www.facebook.com/The.Influencers.festival) and at the end of every edition, the complete videos of the conferences and activities are posted on its web site (http://www.theinfluencers.org/).

It is about a very flexible event also as far as suggestions are concerned: it is not like in other festivals where they suggest a theme every year, The Influencers welcomes any kind of creative practice which is unusual, radical and visionary; which suggests the redemption of the meaning of collectivity and freedom; which communicates ideas and tells stories; which analyzes the intersections between culture, art, politics, communication and social dimension, between local and global, virtual and real; which is at the same time sensory and intellectual, recreational and educational; which is most of all far from staying a mere ideology, but which becomes concrete in actions aimed at unveiling inconvenient truths and world deceptions. It may seem a broad and fuzzy field, but thinking about it more in depth, if all the artistic and cultural production encroached upon this territory, we would probably live in a completely different world. 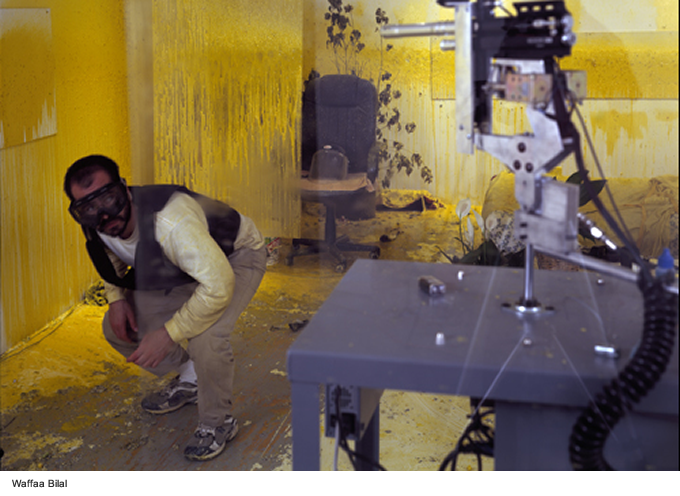 The most intense guest of The Influencers 2011 was Waffaa Bilal (http://wafaabilal.com/). Iraqi artist living in New York, known mainly for his performances, deeply political, reflecting on the technological war and on the physical and emotional distance separating murderers from their victims. The most used tool by Wafaa in his artworks is his own body, it undergoes tortures inflicted by people through the Internet, like in the case of Domestic Tension and of Dog or Iraqui, or it is being altered by eloquent tattoos (…and Counting) and by surgical operations aimed at implanting technological prosthesis into his body (3rdi).

An action on self more ephemeral and ironic, aimed at the omnipresence in our lives of social fabrics, is the one by the well-known Web 2.0 Suicide Machine presented by Godan Savicic (http://www.yugo.at/, http://suicidemachine.org/): a solution for the eternal existence to which social fabrics force us, taking over our data, not allowing us to delete our accounts, but only to suspend them, which is not the same thing! And they take us away from the real affections even if they promise to improve our contacts with the people in our lives. The demonstration of how these tools are just the opposite to freedom, are the legal consequences suffered by Suicide Machine for violating some clauses of the Facebook contract.

The reflection on identity, and in particular on the role of things and people names, is the key to the work byJanez Janša (http://www.aksioma.org/jj/), one of the three artists who since a couple of years has embraced the slogan by the ex Slovenian prime minister “The more of us there are, the sooner we will achieve our goal”: since it is very easy to do it in Slovenia, they adopted his name, turning their documents into exhibition materials and watching the effects of this act, which are particularly evident in the mass media.

The media is the main victim of the actions by Chris Atkins. Chris is the scriptwriter and director of Starsuckers (http://www.starsuckersmovie.com/), a 2009 controversial documentary explaining how the media manipulate and make profit out of innate human instincts, which are now obsolete and they translate into the obsession with fame. In the movie, Chris and his team demonstrate what are the criteria on the basis of which newspapers, magazines and television decide to publish news, inserting completely made up stories into the main tabloids of Great Britain. 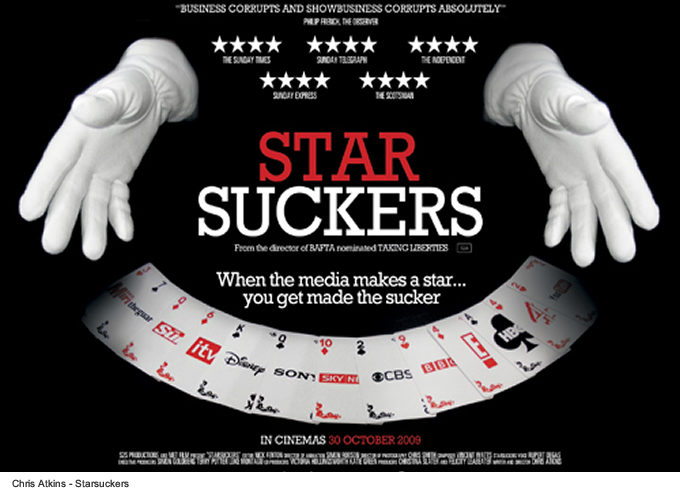 Another guest of this year’s edition was Cat Mazza (http://www.microrevolt.org/), a cyberfeminist artist working with pixels and mainly with Knitting needles to denounce workers exploitation, and in particular the exploitation of women, in factories. Other than the representation of her work, in collaboration with the Centro de Cultivos Contemporáneos del Barrio (http://opensourcepants.wordpress.com/) and Duduá (http://duduadudua.blogspot.com/) she taught a workshop to teach participants how to create knit-graffiti and organized a collective action during which it was given the people living in Poble Sec the opportunity to let their voice be heard writing words on the platforms and on the squares of the district.

Public spaces are also Jeff Stark’s (http://jeffstark.org/), favourite settings, he is the author of underground actions set in New York: theatre pieces taking place in the underground, interventions in the streets, collective plays in unusual urban spaces, improvised drive-in with cars destined to demolition and especially secret dinners in abandoned picturesque places, illegally squatted for the occasion. During the festival, Jess organized a secret dinner in Barcelona, with all the numbers: elegant guests, many performances and picnic. Unfortunately the police catch them just when they were about to irrupt into the selected place and at the end the dinner took place in a very less evocative place.

If the hero is he who alone accomplishes the feeds of many, he is a brave man who puts himself in the service of the common good sacrificing himself and his own safety and interests, there is no doubt that the guests of the festival all fall into this category. But The influencers 2011 also had among his guests, a real superhero, with mask and mantel Superbarrio (http://es.wikipedia.org/wiki/Superbarrio). Media and political Mexican character who became famous after the earthquake in 1985, he took a not only symbolic but also very active role: together with his organization Asamblea de Barrios (assemble of the districts) he gave voice to the citizens’ problems, he fought in favour of the right to a house, he challenged politicians and inspired popular movements in all South America. To conclude his introduction (the last appointment of the festival), the superhero gave away wrestling masks to any guest and to the directors of the festival. 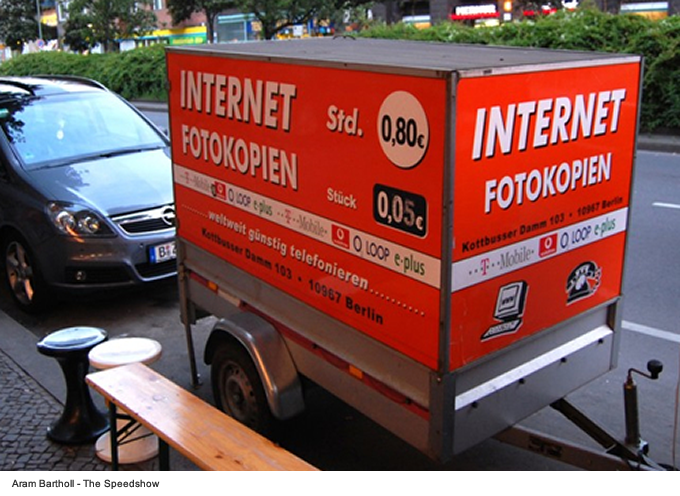 This year it was also organized a speedshow (http://speedshow.net/), curated by Domenico Quaranta (http://domenicoquaranta.com/),ritic, curator and historic author of Digicult, which took place in a cybercafè in the Born district. Speedshows are short open-source exhibitions born from an idea by Aram Bartholl, member of Free Art & Technologies (http://fffff.at/), and many editions took place, in Berlin, Vienna, Amsterdam and New York. The aim is to rent all the computers of a cybercafè for a few hours and put them at people’s disposal so that on each of them it can be seen an artwork by pop.net.art, term coined by Aram himself which extends and takes to contemporaneity the net.art concept. It is about a social event, aimed at taking art to a public space non necessarily for this aim and for sure in contrast with the aseptic which characterizes exhibition spaces.

For this reason, using computers for personal reasons, like checking email messages, not only is not prohibited, but it is an explicit invitation in the description of the event. During the speedshow in Barcelona, people focused on the artworks with interest and attention: probably, in the ADSL era and in the era of wi-fi devises always connected to the Net, it is considered more important to take advantage of an opportunity to surf the endless and chaotic contents of the Net in a filtered and guided way, rather than scrounging a few minutes of connection in an other than intimate situation.