Art And Activism In The Showbusiness Era 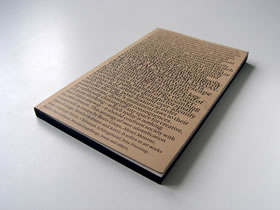 What if the artists suddenly stops working with the traditional means of contemporaneous art ( and with the Avant-garde’s expression strategies), what if he makes a review to the existing reality through the construction of a metaphorical talk representing it, so unveiling the undergoing mechanisms? What is he makes a direct intervention on reality creating situations able to change and improve it? And if he gets engaged on a political point of view?

In few words, what happens if the artist decided to discuss the social context no more depicting it and aligning to the “Good “, but playing the role of the “Wicked”?

A recent book published by the independent and avant-garde editor Episode Publishers in Rotterdam offers an analysis of the activism in the contemporaneous world. For this description he makes use of the idea of Over-identification as hermeneutical term, that is to say the total agreement and unequivocal participation of the artist to the social dynamics he wants to criticize and deconstruct. This is a mechanism called Dètournement by historic Avant-garde and Surrealism in particular. It implied the use of activities, communication strategies and languages belonging to the production world (trade, advertising)and government (red taps and media) to reveal them from the inside, emptying them of all meaning and giving them back to the public or watchers with a new sense. These strategies are filtered out and developed in billion of different channels through the work of the Neo-Avant-garde (and above by the Situationist International), then through those experiences mid-way between art and political activism. Stewart Home defines them as Utopian Movements in his essay Assault on culture , what I consider fundamental to understand the most part of art researches, experimental upon present, translated in Italian by the epochal AAA Edizioni, almost unavailable today).

BAVO is an independent collective working on research and cultural reviews set up in Rotterdam by the architects Gideon Boie and Matthias Pauwels. They explain the issue as : ” What if art would fully identify with and affirm the prevailing norms, values, practices, etc., even adding some oil to the fire? [..] The latter would ask of them [the artists] to stop protecting society from what it wants and turn it into the worst version of itself, so as to confront it with its own unsustainability and undesirability”.

Cultural Activism Today – The Art of Overidentification is the publication of a conference hold in Amsterdam in Januar 2006. It tries to explore the over identification strategies used by artists and the system considered as resistance action, through the essays and critical texts by Boris Groys, Alexei Monroe, Dieter Lesage, Benda Hofmeyr, beside the very same collective BAVO. All them draw the possible map of artistic experiences working, at different degrees, on the everyday social and political reality. The essays take as references famous artists also renowned by the mainstream of contemporaneous art such as Santiago Sierra and Thomas Hirschorn, and more experimental projects such as those of the Yes Man, of the collective Irwin (the most known as cited in the recent book about art in the Post-Soviet Europe, called East Art Map and released in 2006 by MIT Press). And then the Slovenian art collective and e industrial band Laibach, Atelier Van Lieshout and others, among them the producer and film maker (above all of shorts) Michael Moore. If criticism and the setting of possible improved situations failed (as happened in all the Utopias), art could have an influence on reality, reviewing and making a revival of it.

These words are perhaps not immediately understandable, unless you come in touch with the artists cited in various essays, as shown by a sharp debate in the mailing list My Creativity just in the days following the book publishing. In the mailing list participants talked indeed about the real meaning of Over-identification, and they often didn’t succeed in getting the real main point explained by BAVO. In fact, BAVO’s proposal is the upturn of the debate on the political engagement  in a perfect Post-Modern style- offering an alternative to the classical ideas of participation and representation, accurately defined by BAVO as ” NGO Art “: Humour Noir and sharp and aware judgement, radically changing the plans and demonstrating the everyday absurd through its exaggeration.

Cultural Activism Today – The Art of Overidentification was shown the public at the Witte de With, Center for Contemporary Art in Rotterdam on the last 3 rd November .The introduction started with a conference and a debate gathering several critics and theorists coming from all the Netherlands (and among them we can’t forget to mention Maria Hlavajova, manager at the Utrecht Centre for Contemporary Art (BAK )).