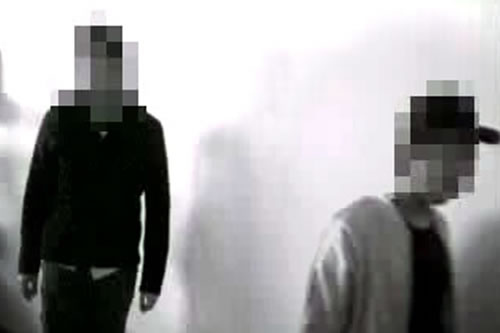 In this article I would like to introduce some of my thoughts on the forms of protest in art. My statements were conceived on occasion of the round table “Out of the fiction of protest  Art and political activism” that took place on 24 May 2009 in Milan. In order to synthesize my thoughts I have decided to divide the article into three hypothesis aiming at eliciting the development of topics that either deny or confirm a given stance.

Hypothesis 1: Within the sphere of art expressing ACTIVISM is linguistically impossible, because such practice [any political form of art] is immediately renamed ARTIVISM. The renaming determines the image though which performances reach the public, which affects their power, the potential of impact of the «power-action».

The idea that lies at the basis of this hypothesis is that every labelling of the processes of resistance using the term «art» transforms such practice, regardless of the degree of subversiveness, into an ineffectual passage à l’acte . This already occurs with the mere use of the artistic rhetoric that weakens a priori activism, because it tends to turn it into a mere representation and dramatization of the true form of the political struggle. How can – one may object – such a linguistic detail affect the outcome of this kind of activity?

In order to grasp the importance of the nominal identification, one has to dwell upon the language. A language is a tool that alienates us from our direct experience of «being-in-the-world». By adding a layer of abstract or interpretational reality, we can attribute a meaning though which we relate to bodies and things. We may say that the name takes up the same function as the shape  both merge into the wrapper though which we come into touch with what surrounds us.

The potential offered by the noun [the linguistic body] and by shape [the representation, the medium being used] are filtered by the relational networks of a given society. The process of identification of a body or of an object occurs at the points of collision between the generic virtual potential within the name and shape and the specific social relationships though which people relate to these bodies or objects. The so developed set of meanings becomes engulfed in the materiality of the body or thing, thus altering both its inner structure and dynamics of action. By «dynamics of action» I mean to the impact power that a body or object can bring about within a specific society.

Hypothesis 2: Artivism comes in handy for the art system [above all for the figures of power within and around it] because it is often used as evidence and warranty for the ethical-social commitment of those who create, curate and use contemporary art.

I personally think that we should divide the wide-reaching field of art that is nowadays identified as artivistic, into two categories: art that makes use of politics solely as a source of inspiration [thematic artivism] and art that makes politics through the use and the propaganda of the new production methods [methodological a_tivism]. Within the former I include all those works of art, where the issue of resistance is present solely in terms of concept. These artists create works that aim to denounce some socio-political issues, but their critical approach does not affect the inner structure of their work.

To be more specific, I find it preposterous that many artists, whose work aims to denounce the system (for instance those who denounce the exploitation of workforce, neo-colonialism, gentrification) keep sharing and applying the archaic model of intellectual propriety. In so doing they show that they are not keeping into consideration, consciously or not, that the way a message is delivered [the potentialities offered by name and shape] defines the message itself [structure + dynamics of action].

I am thinking about the concept of «uniqueness» that we find in several artistic “protest” projects, that, through an improper choice of the medium or of the distribution policies, limit the use and reproducibility of the work. The decision to apply the restrictive rules of Copyright also when the format of the work (video, books and digital prints) implies in itself the possibility to share, copy, modify and hacker it freely, reveals their real degree of activism. Especially because I think that the goal of any activistic project should be that of making alternative information accessible to an ever-growing number of people. Such a decision, on the contrary, prevents mass use.

This obviously also affects the efficacy of the project because it restricts its free circulation, thus weakening its power. Therefore it appears obvious to end up thinking that in such situations the discourse on resistance does not go much further than a mere rhetoric or moralization. On the other hand such approach is favourable for the artist because it allows him to make use of all the concessions offered by the system of art: a work that keeps the criterion of authenticity obviously acquires greater value in the market of art, which is constantly searching for new ethical and social diadems.

We shall call this phenomenon «strategic embellishment» because, although it seemingly reproduces the socio-political commitment, it remains at the core merely a functional tool that attracts some candid light upon it, that makes us all feel [those produces, curates and uses these products] inwardly honest and democratic.

We tend to forget that society can easily do without the official, political art [art that is “acknowledged”, the art of galleries and biennial exhibitions, that mainly includes examples of thematic artivism], whereas the figures of power find that much more difficult.

Art and above all protest art is functional for the system of power [post-fordist capitalism] to communicate the possibilities of expression for an opposition within the system. Through the promotion of political art [the art that denounces social issues] the system can proclaim itself democratic and “politically correct”. In so doing, the opponents can freely “express” [vent] their tension against the system, so that such tension does not directly collide with the issues that they denounce.

On the contrary, in the framework of methodological a_ctivism, what is created [the message] matters less than how it is created  the conditions around the creation of the work: the medium being used, the modalities for the creation, the use and distribution of the project. An example of such practice are the projects by CAE  Critical Art Ensemble who offer on their website ( http://www.critical-art.net/books/index.html ) the chance to download their “works” for free, that is their books of alternative information on (bio)technologies. This is just a little example of a kind of activism that has joined the FLOSS, Free/Libre/Open Source Software philosophy , which overcomes the boundaries to open up new “material and immaterial” passageways.

The ingeniousness of FLOSS political project lies in the creation of distributional criteria as an alternative to the present systems that emphasize content over form; an approach that aims at overcoming the policy of terror characterizing the present prescriptive concepts.

Hypothesis 3: if a person is not interested in «making art» or in «being an artist», but in using art, or rather, in the alternative creative processes and tools, and to other purposes, he/she should not be called artist, and his/her work should not be regarded as art, because that would merely weaken the active and socio-functional character of such activities and works.

Considering that artivism and the so-called political art are frequently exploited for a «strategic embellishment», maybe it would be worthwhile to conceive other approaches. This is why I would like to put forward the idea of «symbolic self-castration», which consists in transforming the figure “of the artist” into a certain something that makes things , performs actions. I personally think that keeping at a distance from the field of art can offer the certain something two kinds of approaches: one based on the academic research, the other on the out-and-out politics of activism. In the framework of the academic research I would suggest the use of artistic creativity to extend the model of scientific rationality.

The symbolic self-castration may result in a possible strategy against the weakening of the critical approach of such works. Moreover it would hinder the swallowing up by the market of art and their resulting trivialization. It would allow to overcome the limits of the rhetoric [presentation and interpretation techniques and models] and artistic grammar [all the conventions and notions that are currently applied to art]. Such approach would facilitate and consolidate the discussion not merely around the specific details of the system, but on the way the entire system as such works, by which I don’t mean the art system in particular, but the organization of the system of power in general.