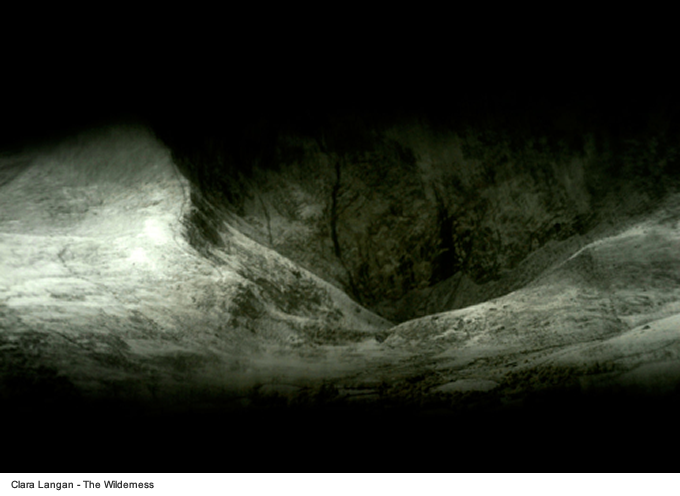 At nine o’clock on the morning of November 18th 2011, the lecture theatre of the European Design Institute of Milan was crammed with students. Eyes were on spectacular images; hands raised to book questions; ears pricked up to carefully listen every detail describing a rigorous, scientific and almost obsessive practice, but not less visionary. “Lectio magistralis” by François Vogel, video-artist and French filmmaker, opened the exhibition dedicated to him during the XXI° Invideo Edition, entitled “Shifting Distances” (16-20 November), festival of “video and cinema beyond”, directed by Sandra Lischi and Romano Fattorossi.

From stop motion to time lapse, up to complex effects of image distortion and volumetric projection, the production by François Vogel – artist and advertiser recently defined as “baroque wizard” by Bref magazine, reveals the hidden connections between analogue and digital, by reopening the dialectic among shooting, mise-en-scène, and post-production; by still making – and maybe more than ever – handmade practice (and even the physical one) of video production, relevant. 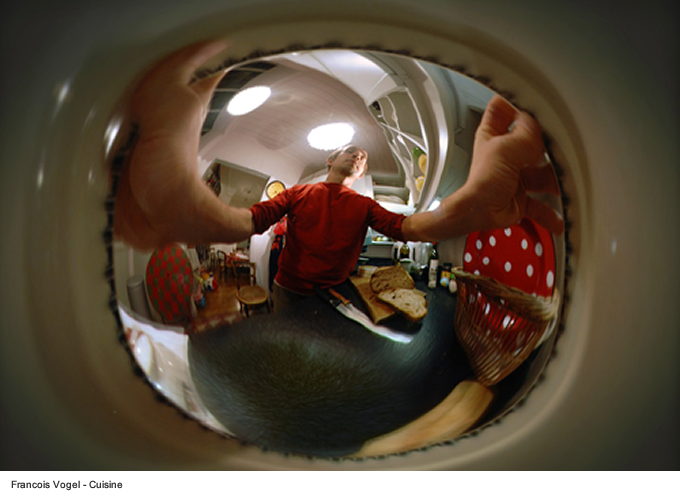 With a careful focus on tangible reality, with its contingencies, its mistakes, its technical limits, in François Vogel’s work the control of bodies and its relationship with surrounding space seems to underlie some daring formal experimentation, i.e, astonishing and fascinating visions, where the poetics of wonder measures every time distance and closeness based on world limits: “Shifting Distances” we could say, by quoting the title of this festival edition.

This edition – if we consider the growing state of suffocation afflicting Italian cultural production – came with a reduced catalogue, “the result of some financial slimming down– not wanted – but imposed by emergency circumstances”[1], but which, however, did not abstain from a program tight with meetings, screenings, previews[2]. Among these events we can find the screening of the documentary film “Another Glorious Day”, example and proof of Living Theatre’s practice and thought, through the latest mise-en-scène of one of the most famous shows of its own, “The Brig”, masterfully and strikingly edited with interviews and archival images, such as the amazing shooting of the historic show by Jonas Mekas in 1963.[3]

The film, introduced by a passionate speech by the historian and theatre critic Anna Maria Monteverdi, and by the author and director Dirk Szuszies, until 1985 a Living Theatre’s actor, enabled the heterogeneous audience – from experts to very young students, to curious people and followers – in Spazio Oberdan’s room, to re-live the strength and energy of that “theatre of eternal revolution, a theatre for freeing dreams, for freeing all the prisoners, for getting ready for a non-violent revolutionary action”. [4] 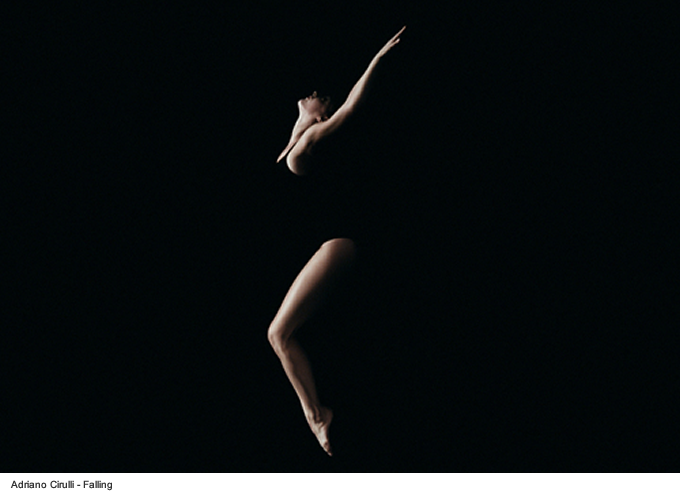 This was a very adequate curatorial choice, which evokes, although Marines’ military rhetoric may sound distant now, the urgent and timely necessity to seek the liberation from new forms of oppression: those new forms of oppression that now seem to imprison us into a jail, invisible, but maybe not less violent. Here is how culture comes to our rescue and, by turning into that propulsive charge, that ability to reawaken people to a practice we could define almost as “homeopathic”, that is, a practice able to trigger off mechanisms of rebellion through suffering, compulsion and violence images and conditions.

In her latest article dedicated to Dirk Szuszies’ work, Anna Maria Monteverdi, mentioned two great inspirers of Living Theatre’s practice: Bertold Brecht and Antonin Artaud. Her article resonates with Judith Malina’s words – pronounced during an interview with Cristina Valenti –: “We can cause pain, just because we do not feel each other’s suffering; we can be the cause of other people’s pain, because we are not empathetic with someone else’s suffering, we do not feel a true physical emotion equivalent to other people’s pain.” [5]

Sure, this is not the only possible way. Art can cause personal and collective short circuits in many disparate ways: “from a drop of water up to the world” as we can read in the festival introduction, “from somebody’s family life to Earth problems”. [6] 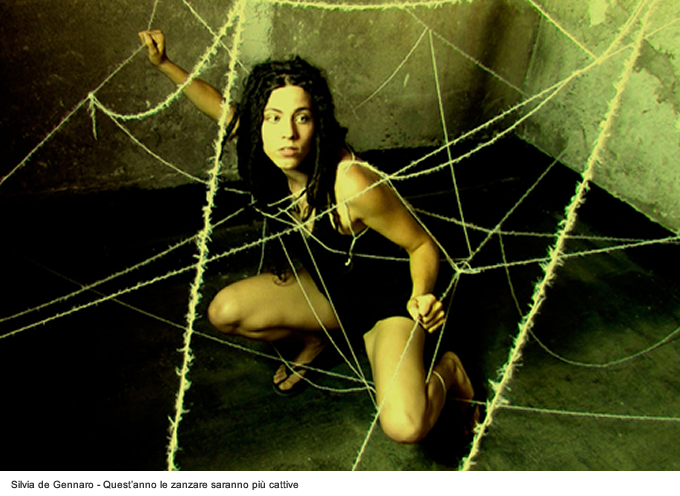 Matter of distances, within which an International selection of works has taken its place by “shifting” from family portraits (Meike Fehre, “Frida & the time before me”, but also Robert-Jan Lacombe, “Kwa Heri Mandima”) to urban and rural frescos (those inspired by street art by Nikki Shuster, “Paris Recyclers”, those dreamy and intimate works by Hisham Bizri, “A Film”, but also those by Lucilla Pesce and Stefano Vidari, Devis Venturelli, Clare Langan or Michel Klökforn), to research on the body and its language(s). In the virtualization era and in the increasingly growing distance from atoms, the body is again explored as a border element, a surface of complex relationships, a field of oppression and desire, of violence and redemption; an ancestral and inescapable cradle of language.

In this way, the twirling bodies on a black background by Adriano Cirulli (“Falling”), the entrapped bodies by Silvia De Gennaro (“Quest’estatele zanzare saranno più cattive”/ “This summer mosquitoes will be more vicious”), the “re-educated” ones by Mounir Fatmi (“The Beautiful Language”), the ill ones by Cécile Ravel (“Plume”) and those marked by an invisible and underground coercion by Magda Matwiejew (“Wasp Waist”) come to life. Finally, a consideration on time cannot be omitted, an element that is often favored by the medium of video and that, under these circumstances, underlines the tones of decadence, abandon and of decay: imaginations, unfortunately, symptomatic of present-day life characterized by progressive and, at the moment , unstoppable deconstruction, of our natural and social ecosystem.

And, at this point, we find Anja Breien’s photographic film, “Riss”, on the state of abandonment of a neglected green house, or Damiano Daresta’s documentary film, “Bianco” (“White”), on the decay of Alpi Apuane’s striking landscape, due to the massive extraction of Carrara marble, but also the lighter one “Bit by Bit”, by the duo Philip Frowein and Felix Hüffelmann, where the passage of time can be witnessed by the accumulation and the deterioration of house objects. 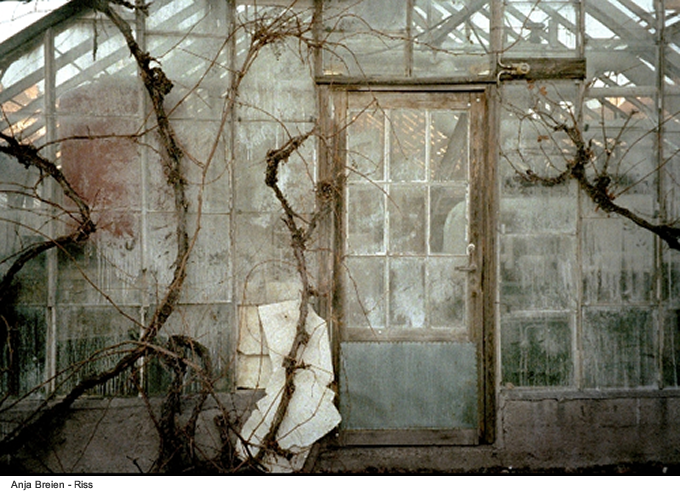 All these together are visions that, in every single case, can be dreamy, painful, ironic, fantastic, amused, gloomy, whispered or yelled. Even outside galleries and museums, research video, comfortably enjoyed in the movie theatre – traditionally plunged into that involving darkness –, environment chosen by Invideo festival as enjoyment privileged place for years; is able to perform and let the complex contemporary scores, we have to face, vibrate. Therefore, save the date for next edition.

[2] – Beyond the exhibition dedicated to Vogel and the video preview “Another Glorious Day” by Dirk Szuszies, among this year event we find the meeting with Marco Bolognesi, whose installation, beyond his video screening “Propaganda Republic”, was exhibited too “Mock-Up”; Erich Bussliger’s video-portrait (“Fritz Hauser_Sound Explorer”) on Fritz Hauser’s music world and the meeting with Luciano Giaccari, founder of the historic video library, whose film show will be presented at the next edition.

[3] – Jonas Mekas’ film, “The Brig”, which through the shooting of the homonymous show create a sort of fake documentary film, actually dates at 1964.

[4] – Julian Beck’s words, from “The Life of the Theatre and Theandric”, are quoted in A.M. Monteverdi’s article, “Siamo ancora in quella galera/We are still in that jail: Another Glorious Day”, (http://www.ateatro.org/mostranotizie2.asp?num=136&ord=23) published on ateatro.org